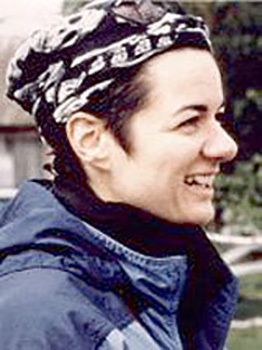 Manon Briand is a Québec-based director who received nationwide attention in 1998 with her debut feature-length film, the critically acclaimed 2 secondes.

She studied film at Montreal’s Concordia University and began her career by writing screenplays. Three years later, she turned to directing and her short film, Les Sauf-conduits, which she wrote, produced and directed, won numerous awards in 1992, including the Prix Claude-Jutra/OFQJ du Meilleur Espoir at the 10th Rendezvous du Cinéma Québécois, the Graine de Cinéphage Jury Prize at the International Women’s Film Festival in Créteil, France, the 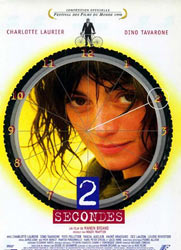 Golden Sheaf Award for Best Film and Best Director at the Yorkton Film Festival in Saskatchewan, and the National Film Board of Canada-John Spotton Award at the Toronto International Film Festival.

Briand stayed with the short format and in 1992 released Croix de bois, followed by Picoti Picota in 1995. Picoti Picota won the Alexander S. Scotty Foundation Prize for the best film dealing with aging and death at the International Short Film Festival of Oberhausen in 1996. Her next venture was a collaborative affair when she joined forces with five other young filmmakers and contributed a segment titled “Boost” to the 1996 film Cosmos. One year later, it was screened during the Director’s Fortnight at the Cannes Film Festival, winning the Prix de la Confédération Internationale des Cinémas d’Art et d’Essai.

Then, in 1998, came 2 secondes. It was honored as Best Canadian film, Best First Film and Most Popular Film at the 1998 Montreal World Film Festival. This effort brought Briand to the attention of producer Bernard Zukerman, who was putting together the made-for-television movie Heart: The Marilyn Bell Story. It was an amazing undertaking for such a new director, but the film garnered praise for the faithful retelling of one of the great moments in Canadian sports history.

In 2002, Manon Briand released La Turbulence des fluides co-starring Gabriel Arcand, Genevieve Bujold and Pascale Bussières. Its success in terms of home-grown box office and critical acclaim has allowed her to take her rightful place among the ranks of the most talented new directors in the Canadian film industry.

This biography is Copyright © 2001 and may not be reproduced without prior written permission. For more information about copyright, click here.