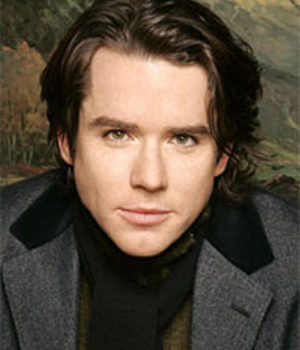 Born and raised in Toronto, Christian Campbell’s interest in acting started at an early age with his parents’ and grandparents’ involvement in theatre. His father is a high school drama teacher, actor, and director of community and professional theatre productions; his mother an actress, psychologist and yoga instructor who also ran a theatre for several years in Guelph, Ontario. His grandparents were involved in local theatre in Amsterdam for many years before emigrating to Canada from the Netherlands.

Campbell’s earliest experiences on stage include panto productions his father directed for the Association for Scottish Traditions and Arts, as well as the role of Nick in Herb Gardner’s A Thousand Clowns for his mother’s theatre company. He got his professional start at sixteen with a role in the Canadian series Degrassi High and then picked up supporting roles in various TV movies shooting in Toronto.

He had the role of Bobby Warner on the daytime drama All My Children and starred in the 2004 short musical film, Pretty Dead Girl. It had its debut at the Sundance Film Festival and played at numerous festivals around the world.

Campbell is often recognized for his role as Gabe in the Fine Line Features hit comedy Trick, co-starring Tori Spelling and J. P. Pitoc. He also starred opposite Stockard Channing in The Piano Man’s Daughter, a film on which Whoopie Goldberg served as executive producer. Other film credits include: Thank You Good Night, Cold Hearts, Next Time, Family Conversation and Too Smooth, which Campbell co-produced and acted in with his younger sister, Neve Campbell.

In 2000, Campbell worked on two major projects for FOX – Darren Starr`s The $treet and the animated series Max Steel, for which he provided the title character`s voice. He has also been seen in Seventh Heaven, Aaron Spelling`s Malibu Shores, and several movies-of-the-week including: Picture Perfect for ABC, City Boy for FOX, and Cruel Justice, I’ve Been Waiting For You and Seduced by Madness for NBC.

His passion for live theatre led Campbell to acquire the Lexington Theatre in Hollywood in 1997. He then formed its resident theatre company, Blue Sphere Alliance, along with his partners Anthony Barnao and Russell Friedenberg. Of the many original plays produced at the theatre, Campbell is most proud of Nagasaki Dust, in which he performed the lead role, and Reach, where he directed leading man Matthew Lillard. Campbell’s theatrical background includes a European tour of Lope de Vega`s classic Spanish drama Der Ritter Von Mirakel and appearing in the long-running German production of A Clockwork Orange.

More recent theatre credits include the lead role of David in Jeremy Schonfeld’s Drift, which made its world premiere at the NY Musical Theatre Festival; Campbell received the festival’s Best Actor Award. He went on to play the role of Pip in the New York Theatreworks production of Great Expectations sharing the stage with Kathleen Chalfant. Previously, to critical acclaim, Campbell portrayed the tragically-fated writer of Rent, Jonathan Larson, in the national tour of the rock musical tick… tick… BOOM! later reprising the role in London at The Menier Theatre in the summer of 2005 and in Singapore in early fall of 2006.