As is often the case, people who make their living in the pretend world of acting have fascinating real lives with lots of stories they can call upon to help them deal with the emotions they must produce on cue each time the director calls “action.” In the case of Neve Adrianne Campbell, there are not only true life stories but a family history as well.

It was almost inevitable that she became an actor. It`s in her genes, as they say. Her mother, Marnie Neve, grew up in a theatre family in Holland. Her father, Gerry Campbell, taught media and drama at a high school, and his parents once performed for soldiers during the Second World War. When she was still very young, her parents went their separate ways. Her mother headed west, and Neve stayed with her dad in Ontario. The first inkling that she may have inherited 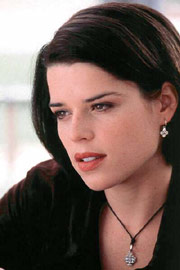 the need to perform came out shortly after she started taking ballet lessons when she was six. Three years later she auditioned for the National Ballet of Canada and was accepted. Training moved to a whole new level.

Pain is inherent with any physical activity. Ballet can cause severe pain, and it seems to be a price dancers are willing to pay for perfection. Campbell, too, sought that special place where everything was right, but deep inside she also felt constrained by the need to put technique ahead of expression. After five years of studying many forms of dance, and performing such favorites as Sleeping Beauty and The Nutcracker, she felt she would lose her love of dance if she stayed any longer. At 14 she dropped out of ballet to concentrate on finishing her academic studies. In her own words, she just wanted to be “a normal kid.”

But normal kids rarely go on to stardom. It is almost preordained that life for some people is different. Things seem to happen for a reason. The thing that happened next for Campbell was… more dancing. She had missed dance too much and had enrolled in a ballet program at Toronto`s George Brown College. One day a friend and fellow dancer suggested it would be good experience to go through the auditioning process for a major production. The production that was about to open was The Phantom of the Opera, and the legendary Hal Prince was to be the director. Campbell was stunned when one week after showing up she was offered a part. Too young to perform without her father`s permission, she went on to dance in 800 performances. It was at one of those performances that an agent spotted her and suggested she try modelling. That lasted about two months. But she had gained enough confidence to try out for the occasional television commercial, which led to a few roles in episodes of some television programs, and that led to Catwalk, her first series. It only lasted a year, and she quit the show, but Campbell finally 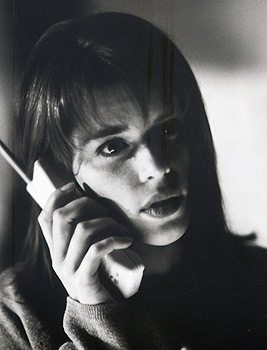 had a really firm idea of what she wanted to do. Part of this meant taking some acting lessons and part of it meant moving to Los Angeles. It was a tough time to be looking for work, but then it`s always a tough time in Hollywood. However, as mentioned earlier, things sometimes just seem to happen.

In 1994 some of those things included roles in Web of Deceit, The Forget-Me-Not Murders, Are You Afraid of the Dark?, I Know My Son Is Alive, The Dark, Baree, and Paint Cans. But what really made 1994 memorable was what happened after her agent had lined up an audition for a brand new series. Neve became Julie Salinger and Party Of Five went on to six years of success. Just one year into production, Time magazine wrote that Neve Campbell was television`s “Most Believable Teenager.” Later, critics would use those same words when they wrote about her “believable performances” in the 1996 horror parody Scream.

Scream went on to become a hugely popular trilogy with Scream 2 being released in 1997 and Scream 3 in 2000. Not that she had years off between films. In 1996, for example, she appeared in The Canterville Ghost, which earned a Family Film Award and, The Craft, which brought Campbell a Blockbuster Award for Best Female Performance. She was hailed as Best Actress at the Saturn Awards for her work in Scream and received both a Blockbuster Award and MTV Movie Award for Best Actress for the sequel. She filmed 54 in 1998, as well as Wild Things, and still had time to lend her voice to the animated Lion King II: Simba’s Pride. In 1999 it was Three to Tango, and 2000 brought the films Panic and Drowning Mona.

When not working, Campbell reflects the input her mother has had in her life. She enjoys yoga and is a meditation enthusiast. Like her parents, her own marriage (to actor Jeffrey Colt) didn’t last. Despite exuding a soft sensuality, Campbell is one of a handful in Hollywood who up until recently refused roles that required nudity. That changed for 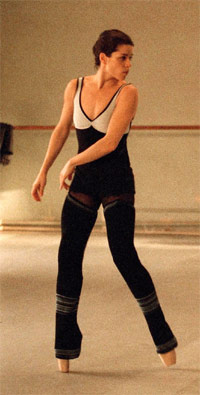 2004`s When Will I Be Loved. “I used to have an issue, or do have an issue, with nudity in the films if I feel it has nothing to do with the film itself. I feel it’s for box office draws, and I have an issue with it,” she told an interviewer. But in this case it was different. “A lot of this is about sexuality and it put my character in a raw place in the beginning of the film.”

A personal highlight came one year earlier with the release of The Company. Inspired by her own experiences as a dancer and student at the National School of Ballet, Campbell worked with screenwriter Barbara Turner to generate the story. She trained extensively for two years to get back into the shape required to perform with some 70 dancers from Chicago`s Joffrey Ballet. As the film`s producer, she badgered director Robert Altman into taking on the project until he finally gave in.

What is fascinating about Campbell is to understand the concept of time. She is just the other side of 30 and has, all things being equal, decades ahead of her. In the extremely brief time she has been before the cameras she has enjoyed great success and if The Company is any indication she has the promise of great things away from the cameras too. But Hollywood and the people who consume its products are a fickle lot. As Campbell matures, stretches in her craft, and leaves behind the girlish teen-type roles that have made her famous, you have to wonder which road she will take. Will she become an ageless beauty cast for her strength as an actor despite the passing of the years? Or will she fade from view completely like so many before her including fellow Northernstar Mary Pickford whose public wouldn’t let her outgrow her “sweetheart” roles. Perhaps, also like Pickford, she will become a powerhouse behind the scenes. Maybe she’ll turn to theatre. Neve Campbell, and her brother Christian Campbell, have, along with actor Matthew Lillard, formed the Blue Sphere Alliance Production Company at the Lex Theater in Los Angeles.

As 2015 drew to a close Neve Campbell was back in the news. First was the announcement that she had signed on as a regular for season four of House of Cards. Her role is unknown, but it’s rumored the next installment of the Netflix drama will introduce a sexy young political couple as competition for the Underwoods. It was also announced that Canada’s performers union, would honour Campbell with the 2016 ACTRA National Award of Excellence on Sunday, January 31, 2016, at the Beverly Hilton in Los Angeles. The Award recognizes an ACTRA member’s career achievements, and contribution to their fellow performers and Canada’s entertainment industry.

The image at the top of this biography and the black and white image in the biography were are scanned from originals in the Northernstars Collection. This biography is copyright © 2015 and may not be used without prior written permission. Click here for more information about copyright.