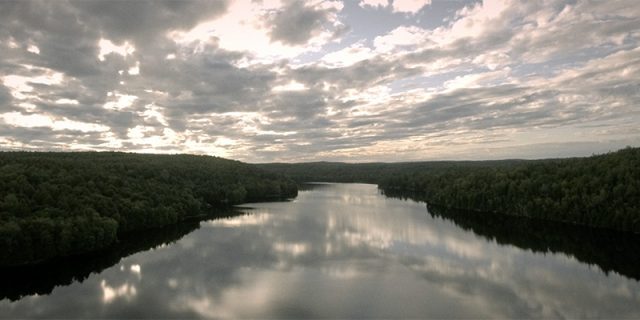 (August 6, 2022 – Toronto, ON) I didn’t care for Camping Trip. It’s too talky. It holds onto to clever camera tricks for too long—twirling cameras, slow motion, long interludes of exposition. And it loses itself in its earnest (and unconvincing) pursuit to be more important than just a pandemic thriller. 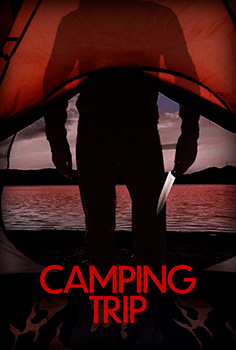 This story of a quartet of outliers who, on the first sign of a break in COVID restrictions, abandon masks, distancing protocols, and acceptable limits on body contact—and man! they do enjoy disregarding the body contact rule. But they are outliers not because they circumvent any prevalent ideology but because they are so pointedly annoying with piercingly unfunny banter and off-the-mark camaraderie, performed with such stagey dramatics that nearly any scene involving dialogue comes across as inauthentic.

I am under no delusion that acting is easy. No one should be. Try it. It’s hard. I failed so badly at acting that I fear I traumatized the cameraman during my audition. Still, there are no bad actors, just bad acting. But maybe it’s not the performances that hurt as much as knowing that these wonderful people—each of them professional actors—have been horribly miscast. Some are more miscast than others.

Individually, the actors pour all they can into their characters. This admirable effort has the unfortunate effect of being too much. The movie relies wholly on buying into Polly (Caitlin Cameron), Enzo (Leonardo Fuica), Ace (Alex Gravenstein) and Coco’s (Hannah Forest Briand) unshakeable friendship. But the performances lack a cohesiveness that ties the characters together and—to simplify a reaction—gives us characters to care about. If the actors in Camping Trip are friends off camera, they effectively turn off the friend switch when the camera rolls.

There are exceptions. Enter veteran character actor Michael D’Amico as Orick and Jonathan Vanderzon as Billy have scenes that work well enough to wish for their characters to be in a different movie. They are the bad guys, and traditionally—or so it seems—bad guys are the meatier roles. Ironic that two psychopath henchmen are the film’s most interesting (if not likable) characters.

Less effective as a bad guy—and again, I blame miscasting—is Doc (Ben Pelletier), a nerdy COVID warrior who looks like Bronson Pinchot in Jeffery Dahmer glasses. Doc is not great at being wrong, but his half-hearted effort to double-cross Orick and Billy strikes me as less a character defect than it does lazy writing.

Blame the writing, too, not for laziness but excessiveness in a scene where Enzio delivers the bad news that (spoiler alert) COVID has changed the world forever. But it’s not just Fuica’s acting choices at fault— Enzo suffers from theatrics going from petty to insolence to prophesizing doom with wildly expressive theatrics. Fuica’s performance is just too big for the camera. But the COVID debate comes across as an impassioned speech with the added annoyance of ineffective preachiness.

We live in the aftermath of COVID and debates about a hopeless and bleak future dating the movie even before its release. Even the opening sequence showing a scenes-from-the-pandemic montage feels like a film that just missed its window of relevance.