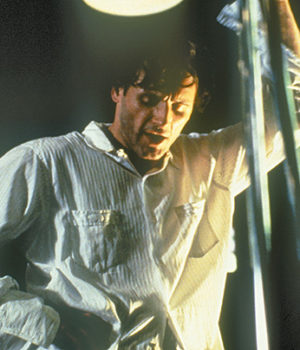 (April 17, 2017 – Toronto, ON) No we didn’t make a mistake. This isn’t the 150th National celebration of Canadian film, in fact it’s the 4th, but this one is special because it is the 150th anniversary of Confederation and we hope everyone is paying more attention to all things Canadian and for us that always means Canadian film and television.

Because this is a very special year, Reel Canada, the people behind the annual Canadian Film Day, have pulled off a remarkable stunt. This Wednesday, April 19, National Canadian Film Day becomes an international celebration with more than 1,700 community screenings across the nation plus military bases, Canadian consulates and embassies across the world taking part. Screenings will take place in every kind of venue — theatres, restaurants, breweries, libraries, train stations, record stores and more. One venue is a pop-up drive-in at the Aviation Museum in Ottawa. This is also the 20th anniversary of The Sweet Hereafter so there is a special screening in Vancouver, with director Atom Egoyan in attendance.

At the TIFF Bell Lightbox in Toronto, there will be screening 32 Short Films About Glenn Gould (pictured) at 8:30 p.m with writer/actor Don McKellar and actor Colm Feore showing up for a Q&A following the screening. Further north in the city The Aga Khan Museum will screen Midnights’ Children at 7:00 p.m. in partnership with Reel Asian Film Festival, Mosaic International South Asian Film Festival and Women in Film & Television Toronto. The event will feature a Q&A after the

film with cast member Zaib Shaikh (who is also City of Toronto Film Commissioner and Director of Entertainment Industries), as well as producer, David Hamilton.

But this celebration isn’t confined to big cities and grand museums. The Beaverton Town Hall in Beaverton, Ontario will be turned into a cinema all day on April 19, screening a total of six films about real-life stories and events. From a family-friendly screening of A Bear Named Winnie in the morning to an appearance of an actual Oscar statue (“1968 Best Live Action Short”) presented to filmmaker Christopher Chapman for A Place to Stand. The main event, a screening of Edwin Boyd: Citizen Gangster at 7:15 p.m., will feature some of the townsfolk who lived through the period covered by the film to share stories of what it was like to be around during the infamous gangster’s string of post-WWII heists.

Sticking with numbers helps illustrate the magnitude of this year’s event. For example, 55 military bases in Canada and worldwide are hosting screenings. Most of the screenings at military bases will be of Passchendaele (2008), and Hyena Road (2015) which tell stories of Canadian experiences in World War I and Afghanistan, respectively.

In Québec, 371 French screenings will take place across the province as well as at francophone communities throughout the country in universities, colleges and libraries, in partnership with Québec Cinema, Canadian Parents for French and other partners. There will be screenings at 28 Canadian consulates and embassies around including: Spain (Madrid), Malaysia (Kuala Lumpur), Bangladesh (Dhaka), Germany (Berlin), Iceland (Reykjavik), Austria (Vienna), UK (London) and more. There will be 5 screenings in the U.S. alone.

To give you some idea of just how large National Canadian Film Day is, take a look at this specially produced Google Map.

There’s far more than we could ever hope to report on, but you can find all the information online at the NCFD150 website.

Congratulations to everyone involved in this terrific annual event from everyone at Northernstars.ca, where every day is Canadian Film Day and has been since 1998.

Dressing the Stars for Halloween