Home News Archive Canadian Film of the Day at TIFF 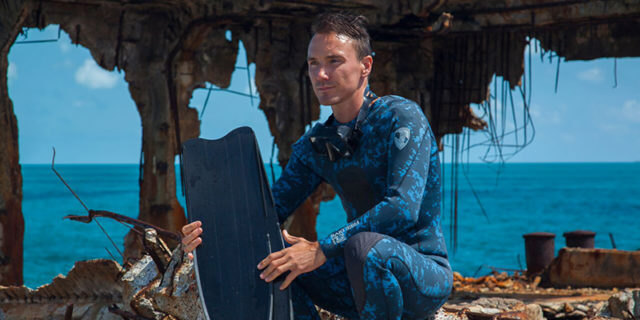 Canadian Film of the Day at TIFF
by Staff

(September 7, 2018 – Toronto, ON) There are 58 films at the Toronto International Film Festival screening today across this city. Our pick for Canadian Film of the Day is the documentary Sharkwater Extinction, making its World Premiere at 2:00PM at Roy Thomson Hall. This is the film that Director Rob Stewart died trying to complete.

Stewart, who was born in Toronto, had a degree in biology from the University of Western Ontario and worked as a photographer and journalist before beginning his filmmaking career. Sharkwater Extinction updates and expands a commitment Rob Stewart made to halt the hunting of sharks, which are often killed just for their fins. It began more than a decade ago with his first film, Sharkwater in 2006 which 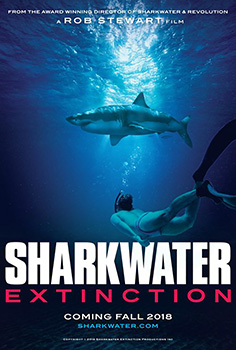 helped draw the world’s attention to the fact that the world’s shark population was being hunted toward extinction. It is thought that the total number of sharks in our few oceans has decreased by 90 percent in the last 30 years. Yet sharks are in more danger than ever before, simply and idiotically because of soup. Shark fin soup. Over 100 million sharks are killed every year and as stated before, Rob Stewart died trying tio bring that ecological tragedy to our attention.

That is why we have selected Sharkwater Extinction as our Canadian Film of the Day.