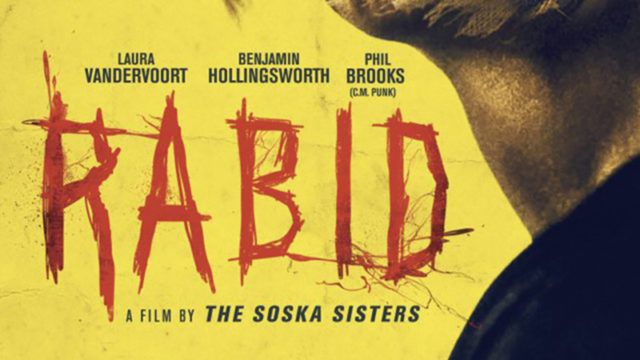 (July 30, 2019 – Toronto, ON) When I first read that the Soska sisters were going to remake David Cronenberg’s Rabid, I became curious about Canadian remakes. Not so much how many Canadian films have been remade, but what films other than Rabid deserve a second shot on the big screen.

Remakes have been around almost since the beginning of the movies. The first films were not just short, but short-short and often themes and story lines would be reused as films became longer. With the advent of “the talkies” many silent films were remade, some more successful than others as early talkies were technically more novelty than innovation.

In the handful of Canadian remakes that we know about, only a few stand out. Black Christmas was first released in 1974 and was remade in 2006. Reviewing the new version for Northernstars, Wyndham Wise wrote “The original was better acted (a young Margot Kidder won the Canadian Film Award for Best Actress), and Roy Moore provided a better, tighter script. This version plods along, giving us a ‘surprise’ twist on the identity of the killer at the end that can be seen coming miles down the track.”

Paul Lynch gave us Prom Night in 1980, which starred Jamie Lee Curtis who had shot to fame thanks to her work in Halloween. There was a sort of remake in 2008, this time directed by Nelson McCormick with Brittany Snow in the lead role of Donna Keppel. It went on to make almost 60-million U.S. dollars…but don’t ask me why.

It’s a toss up as to which version of The Grand Seduction (aka Seducing Dr. Lewis) was better. Both told the same story and both the original 2003 Quebec version, La grande séduction and the English language version released 10 years later had strong casts. My personal preference is for the original but both are worth seeing.

The man behind La grande séduction, Ken Scott, was also responsible for the 2011 sperm donor comedy Starbuck, perhaps the most re-made Canadian film ever. First Take Entertainment released Vicky Donor, a Bollywood version in 2012. A French remake, Fonzy, was released in France on October 30, 2013 with José Garcia in the title role. Scott then co-wrote and directed an American remake, Delivery Man that was produced by DreamWorks Pictures with Vince Vaughn playing the lead character. It was released on November 22, 2013.

There are a few others, but I’m straying from my first thought. Which other Canadian films deserve a second chance. Before I give you my very short list, I turned to Northernstars contributors, Wyndham Wise and Maurie Alioff.

“Cronenberg is rich for remakes,” writes Wise, the founder and publisher of Take One magazine, “which makes the latest reboot of Rabid not surprising. The one Cronenberg film in need of a remake is his medium-length feature, Crimes of the Future. He, himself, has said if he had the money, he would like to have a do-over.

My interest is history, so I would pay to go to see a remake of an early NFB feature, Mission of Fear / Le Festin des morts, about the founding of the Jesuit missions in the early 17th century in Huronia, today Georgian Bay, Ontario. The NFB film is told from the Jesuit point of view. It’s ripe for a remake from the Huron’s point of view.

The late Jean Beaudin’s Nouvelle-France is set in 1759 Quebec City but without staging the Battle of the Plains of Abraham. Given it’s the largest land battle in North America prior to the Civil War, it’s never been given the full cinematic treatment.

Another Quebec film is The Christmas Martian, an early children’s film that was ultimately incorporated into Tales for All, although it was made before that series was launched with The Dog Who Stopped the War. The Dog was remade recently and successfully. The Christmas Martian is still popular in Quebec and could do with a big-budget effects remake.

My last suggestion is the Donnelly murders in Lucan. Technically, this would not be a remake because it has yet to make a successful move to the big screen. There have been many attempts and a number of stage plays. This bloody story is just crying out for an all-star Canadian drama based on an infamous incident in Ontario’s history.”


Maurie Alioff also had an eclectic selection of remakes he’d like to see. They include an “Internet era Videodrome,” which Maurie suggested would be interesting since Cronenberg’s film predicted a time when ‘the Dark Web’ would exist. He also suggested Denys Arcand’s Jesus of Montreal would be worthy of a remake given the dramatic shift away from the church in Québec. Vic Sarin’s 1989 psychological thriller Cold Comfort was also on his list. It could be brought up to date, given changes in both how films are made 30 years later, and what a director might do with the sexual overtones in a society that seems carefully balanced between so much freedom on both the large screen and television at a time when the #MeToo movement requires a deft hand to tell a story about exploitation without exploiting that freedom. Similarly he thought a remake of I’ve Heard the Mermaids Singing would be worthy of consideration as it could be, with care, more explicitly lesbian.

Maurie is writing an article after talking with Ted Kotcheff at Montreal’s Fantasia Film Festival, where he was given the festival’s inaugural Canadian Trailblazer Award. Fantasia screened two of his films, Rambo: First Blood and the 1974 masterpiece, The Apprenticeship of Duddy Kravitz. Duddy Kravitz was on Maurie’s list of remakes but when we talked about it, he wasn’t so sure. While the film is choppy in that it often switches scenes much like turning to a new chapter in the book, it’s doubtful anyone could improve on the original by remaking something that is essentially perfect in its casting and in the way it captures an era. 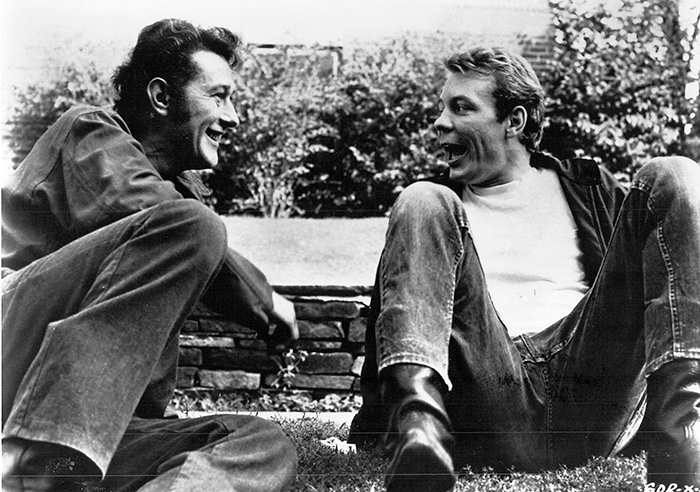 On my list, I thought a good candidate for a remake would be Don Shebib’s Goin’ Down the Road. Wyndham thought it had already been done when the director released Down the Road Again in 2011, but I disagree. I see the 2011 movie as a sequel, telling the after story of Pete and Joey. A true remake would follow the original story, but might update it to today’s realities. In the original the call of the big city and the emptying out of rural Canada was a relatively new phenomenon. Now, the vast majority of Canadians live in big cities. Next year marks the 50th anniversary of Goin’ Down the Road’s release. What would it be like if the story was reversed and unable to afford living in Toronto, Pete and Joey hit the road and head home to Nova Scotia where they meet local girls and try to find work as computer animators after having their dreams crushed in Hollywood North.

Another remake I’d be interested in seeing is an update of Les Plouffe. The original film was based on the TV series, which was based on the novel which was set in a time when Quebec suffered under the reign of the Catholic Church, the demand for large families, the poverty of thought and action in the Duplessis era. What would life be like for a modern day Plouffe family where nobody bothers to get married anymore and some children look west beyond Québec’s borders for their future?

There are films from the early ‘60s that deserve a second look. The Luck of Ginger Coffey was based on the book by Brian Moore. It was named Best Canadian Film in 1965 and many of the twists and turns in the lead character’s life are just as real today as they were then and possibly more so. The drama is rich, the story strong, the characters remarkable.

I also like the idea of remaking Paul Almond’s 1968 film Isabel. It has all the hallmarks required for a modern day thriller and with today’s technology and special effects it would be a terrific tale retold.

Finally it might be nice to see a remake of Who Has Seen the Wind, and make it a true remake. That is, don’t update the story and leave the setting and time period intact. Based on the novel by W.O.Mitchell, it’s the story of a young boy growing up in rural Saskatchewan during the Great Depression. There are some terrific characters including the town pharmacist and a town drunk, played in the original by American actor José Ferrer. Who Has Seen the Wind was the highest-grossing Canadian film of 1978, winning The Golden Reel Award. It’s one of those little stories played out against a large canvas that has stood the test of time and deserves to be revisited. 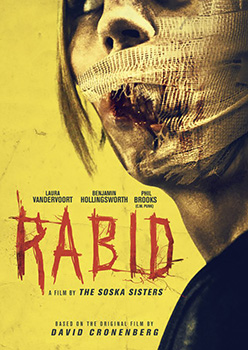 And all of this because the Soska sisters have remade Cronenberg’s Rabid. It is interesting (to me) to note that one of the films that put Cronenberg on the path to greater and greater recognition and success was also a remake. It was The Fly, released in 1986 and a remake of the original film from 1958. Cronenberg’s version was a huge commercial success, the biggest of his career at the time. It was the top-grossing film in the United States for two weeks and went on to eventually earn more than 60-million dollars.

Rabid will have its World Premiere at the London FightFest on August 26. Click here to watch the trailer and learn more about the cast and crew of Rabid.

Another Win for Denis Côté