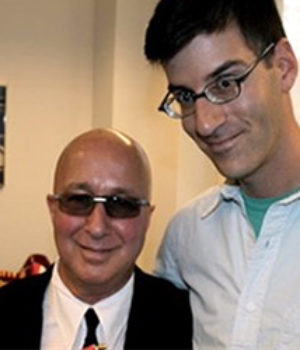 (April 20, 2015 – Toronto, ON) The still on the left sort of says it all. It`s from the light documentary Being Canadian and shows Canadian-born comedy writer turned documentary director Robert Cohen with composer-musician Paul Shaffer, one of many stars who were born in Canada and now live in Hollywood or other tony neighbourhoods around Los Angeles. It`s one of several Special Presentations at this year`s Hot Docs and like the festival itself that plays out at scattered theatres in the city`s downtown core, the Canadian films are sprinkled here and there like special treats across the entire schedule and are in addition to the dedicated Canadian Spectrum program.

Sticking with Being Canadian for a moment longer, while traveling from ocean-to-ocean, Cohen uses his trip across the country to serve as the red thread upon which he hangs a series of terrific celebrity interviews. Mike Myers, William Shatner, Caroline Rhea, Seth Rogen, the list literally goes on and on and each seems to have an insightful explanation as to why so many Canadians have made it big in La-La Land. We’ve been celebrating that for over 15 years here at Northernstars and at one point in the film I thought to myself, “this should have been a Northernstars production.” But it isn’t. What it is is 89 minutes of fun that just might remind you that being Canadian is okay, primarily because we have a terrific national sense of humour and never take ourselves too seriously.

Another, lighter documentary is the Canada-US co-production titled Mavis. That`s Mavis as in Mavis Staples and the once legendary Staple Singers. If you think of documentaries as being heavy think pieces or exposés this is anything but that. In fact the feeling of joy and happiness throughout this doc will having you tapping your feet. Some excellent clips of an early Bob Dylan just one of several highlights in a film and story that deserves your attention.

The Canadian Spectrum contains 18 feature documentaries, most of them screening with a short. Within the group there`s a wide range of films. Two films running under 60-minutes are touching and unnerving. No Place to Hide: The Rehtaeh Parsons Story revisits the circumstances around the suicide of the young girl after she was raped, then bullied by her classmates after they had seen photos of her that were emailed around by her attackers. It shows a system not prepared to cope with the new, ugly, dark realties of this digital age and how one very lonely girl was virtually abandoned by all but her family in her fight to regain a life and an innocence stolen from her. 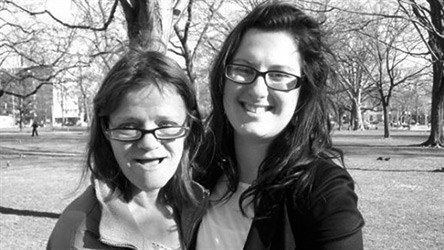 The other, Mom and Me, is a closeup look at a life destroyed by drugs. What makes this film compelling is that the director, Toronto`s Lena Macdonald, has turned the camera on herself and on her mother, a once-successful TV producer, as she tracks her mother`s descent into some unspeakable Hell. I personally found this film hard to watch not only because I recognized so many of the Toronto locations, but I also recognized the subject of the film and remember seeing her on the streets.

The Messenger is a “canary in the coal mine” environmental story from director Su Rynard. We previously covered this film in an online news story. 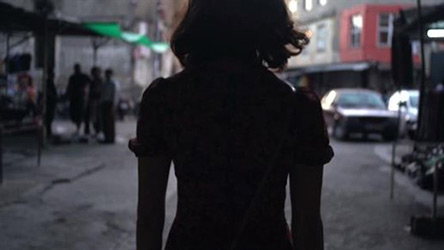 violently repressed, Arraf launched the blog A Gay Girl in Damascus, which quickly became a source for respected news media reports of on-the-ground stories of resistance. But when Arraf is abducted and Bagaria starts a campaign to free her, no one—not even the US State Department—can find a trace of her.

Our final entry, although there many more online, is the Jutra Award-winning film Finding MacPherson. The original French title is Le mystère MacPherson and we have more detail in this recent news item.

As mentioned above, there are Canadian films scattered throughout the Hot Docs schedule, which you can download as a pdf from their website. And here`s a link to their Canadian Spectrum films.

Hot Docs kicks off its 2015 edition on April 23 with the International Premiere of the film Tig. What is it about? In October 2012, comedian Tig Notaro took to the stage and opened her act by saying “Good evening, I have cancer.” Directors Kristina Goolsby and Ashley York follow the comedian for a year, from the legendary show to her preparing for its follow-up anniversary performance. Experiencing every monumental traumatic experience with Notaro’s deadpan humour and phenomenally defiant spirit, Tig is equal parts hilarious, inspiring and touching.

Hot Docs runs until May 3rd.