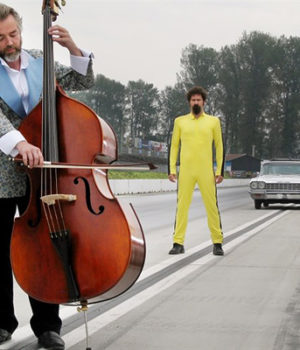 (May 1, 2016 – Toronto, ON) We found six Canadian documentaries on the schedule today at the Hot Docs Canadian International Documentary Film Festival. The first screens at 10:30 this morning. Titled The Apology, the film tackles a thorny issue that has dragged on for far too long in Asia. Director Tiffany Hsiung traveled to China and elsewhere to track down women tagged with the euphemistic term “comfort women,” who had been drafted against their will into sexual slavery to serve the needs of the invading Japanese army during World War II. This is the second screen of a highly moving film that focus on the efforts to extract an apology from the Japanese government all these decades later. The Apology has its final screening on Sunday May 8th at 12:45 at the Isabel Bader Theatre.

After Circus is also having its 2nd of three screenings today. The film, by director Viveka Melki with a running time of 78-minutes, explores a passionate and vibrant community of retired and semi-retired circus performers living in Sarasota, Florida. A cast of endearing characters share their former exploits and current challenges with humour and warmth. After Circus as features some breathtaking performances by renowned circus stars. It screens today at 1:15PM at the Tiff Bell Lightbox. It’s last screening is scheduled for 1:00PM on Saturday May 7 at the Scotiabank Theatre.

Koneline: our land beautiful is a remarkably beautiful documentary set on the territory of the Tahltan First Nation, who have made this land their home remote northwestern British Columbia for thousands of years. “Koneline” means “our land beautiful” as well as “our mind beautiful,” thereby inextricably weaving human consciousness with the health of the land. Copper and gold mining companies call the Tahltan territory “the golden triangle,” while hunting outfitters refer to it as “Canada’s Serengeti.” Award-winning director Nettie Wild crafts a breathtaking love letter—in stunning CinemaScope and surround sound—that captures the majestic beauty of the land and the unique people who live on it. Koneline: our land beautiful screens today at the TIFF Bell Lightbox at 12:45. It’s last screening will be on Saturday May 7th at the Hart House Theatre on the University of Toronto campus.

Not to be missed is the documentary Aim for the Roses. That’s a still from the film above. It’s a unique look at two of Canada’s truly unsung contributors to our nation’s population. One is Ken Carter, a mildly successful showman who in 1976 hyped a feat so extreme it became the stuff of legend: with a rocket-powered car and a ramp, he planned to jump a one-mile span of the St. Lawrence River and land in a bed of roses. The other is Mark Haney who decided Carter’s epic stunt deserved a musical treatment in the form of a concept album for solo double bass, based on using the mathematical pi number to dictate the tone and length of each note in his composition. This is a performance film of the strangest kind from talent directed John Bolton that you really must see. Tonight’s screening at 7:15PM at the Scotiabank Theatre is the film’s World Premiere. Aim for the Roses also screens tomorrow on May 2nd at 1:15 at the TIFF Bell Lightbox and on Friday May 6th at 1PM back at the Scotiabank Theatre.

Two other Canadian docs screening today are Callshop Istanbul screening tonight a 9:30 at the Scotibank Theatre, and Migrant Dreams enjoying its World Premiere tonight at 9:00 at the TIFF Bell Lightbox.

It’s a Wrap at the Female Eye