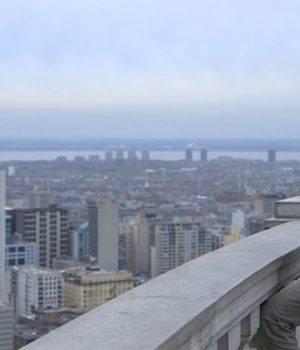 (May 3, 2016 – Toronto, ON) It just could be one of the most important films made in Canada in the last decade. This year marks the 40th anniversary of the Quebec election that brought René Lévesque and his Parti Québecois to power. Writer-producer-director John Walker (pictured), a former Montrealer, one of an estimated 500-thousand former citizens of La Belle Provence, has produced a film all of them and everyone else in the country should see. Titled Québec: My Country Mon Pays, the film documents a critical time in the formation of our modern nation. A time when bombs could and did go off in Montreal. A time when the federal government perceived what they called an “apprehended insurrection” and the Canadian Army patrolled the streets of Montreal. Innocent civilians — no one was ever charged — were rounded up and jailed by local police and in response to a reporter’s question as to just how far the Prime Minister might go with the imposed War Measures Act, Pierre Elliot Trudeau said, “Just watch me.”

Just watch this film. It is in its own way a quiet revolution in thinking. It proffers the argument that all those who left the province did so as the result of a profound injustice that was carried out against a population that had every right to call Québec their home. Some families could trace their roots back decades, others for centuries. Yet seemingly overnight they had become unwelcome in their own homes.

Québec: My Country Mon Pays should be required viewing by everyone in the country. This is a learned cinematic journey back in time, yet it is also a capsule of how things are today in Québec. And it is at times a highly personal story triggered by the death of Walker’s father and the decision to have him buried in Québec after years of living in Toronto.

Quebec: My Country Mon Pays has its 2nd screening today at 12:30 at the Tiff Bell Lightbox and again on Sunday May 8th at the Scotiabank Theatre.

Other Canadian docs screening today include Migrant Dreams from director Min Sook Lee. It’s about what life is like for those caught in the web of deceitful immigration brokers. The focus is on two Indonesian women caught in Canada’s migrant worker program. Migrant Dreams screens today at 1:15 at the Scotiabank Theatre.

Gun Runners by director Anjali Nayar tells the story of two of the most notorious warrior’s in Kenya’s Great Rift Valley who trade in their AK-47s for a pair of running shoes and a chance to make a living in the far less dangerous world of professional marathon running. The 2nd screening of this documentary is today at 3:30 at the Scotiabank Theatre Its final screening will be on Friday, May 6 at 4:15 at the TIFF Bell Lightbox.

Look for Gulistan: Land of Roses. Female Kurdish guerrillas fighting the Islamic State have received a lot of media coverage, but filmmaker Zaynê Akyol brings us into the lives of an all-female brigade. The battlefield being one of the only places these women can escape constricting gender roles. Fierce and proud, they instill fear in their enemy, not only for their bravery and skill, but also because, for Daesh (also known as ISIS) soldiers, dying at the hands of a woman means they’ll never reach paradise. Gulistan: Land of Roses screens tonight at 9:30 at the Scotiabank Theatre.

At the TIFF Bell Lightbox, Overruled will screen tonight at 9:45. Diretor Aisha Jamal looks into the lives 4 of the over one million Afghans who live as refugees in neighbouring Iran. For Ismael, Golagha, Kashmir and Nader, the flawed Iranian asylum laws leave them in legal limbo and under constant threat of deportation. To eke out a living, they work as ball boys in Tehran’s upper-class tennis clubs. Overruled deals with an important and often overlooked part of the bigger picture, examining refugee struggles in Asia. It’s last screening will be on Sunday, May 8 also at the TIFF Bell Lightbox.

Click here for a list of all the films screening today and everyday during the 2016 Hot Docs Film Festival.