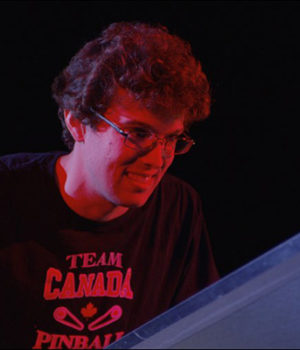 Angry Inuk from director Alethea Arnaquq-Baril takes a look at how anyone can fight back against outside pressures by effectively using social media. The focus in this film is seal hunting. From Pamela Anderson to Paul McCartney, celebrities have voiced their outrage as part of anti–seal hunting campaigns supported by many high profile supporters and hefty financial contributions. How does a culture that exercises understated anger and finds peaceful ways to resolve conflict compete with animal activist groups? Arnaquq-Baril uses her skills to organize and embolden a new tech-savvy generation of Inuit to stand up for their rights. Establishing #sealfie on Instagram and skillfully employing social media, they lobby legislators and expose misinformation while staying true to their values in their fight for survival. If you miss today’s screening, Angry Inuk will have its its final screening on Saturday, May 7 at 6:45PM.

At the Hart House Theatre Wizard Mode is all about mastering classic pinball arcade games. It’s a talent or ability that requires focus, agility and dedication. Robert Gagno (pictured above) has all these traits. It might explain why he surged from a complete unknown to one of the world’s best players in just five years. The achievement is even more impressive considering he was diagnosed with autism at age three. His success on the pinball circuit made him part of a community that provided acceptance and encouragement. The film tracks Gagno’s progress as he overcomes obstacles and manages the highs of success and lows of falling short. Directed by Nathan Drillot and Jeff Petry, Wizard Mode is, as Hot Docs’ Alexander Rogalski puts it, “flashing lights and triple combos highlight an outstanding individual who continues to beat the odds and set records.” Wizard Mode will have its final screening on Saturday, May 7th at the Scotiabank Theatre

Callshop Istanbul is playing today at 4PM at the Scotiabank Theatre. Instanbul straddles two continents, Asia and Europe. Filmmakers Hind Benchekroun and Sami Mermer use the city’s numerous call centres to explore the its role as a gateway for migrants from West Africa, South Asia and Arab Spring countries seeking safe passage to the West. The audience becomes eavesdroppers on one-way phone conversations of longing, hope and frustration. Callshop Istanbul will have its 3rd and final screening on Friday, May 6 at 10:30AM at the TIFF Bell Lightbox.

At 3:45PM at the TIFF Bell Lightbox, Gulistan, Land of Roses has its 2nd screening. Female Kurdish guerrillas fighting the Islamic State have received a lot of media coverage, but filmmaker Zaynê Akyol brings us into the lives of an all-female brigade. The battlefield being one of the only places these women can escape constricting gender roles. Fierce and proud, they instill fear in their enemy, not only for their bravery and skill, but also because, for Daesh (also known as ISIS) soldiers, dying at the hands of a woman means they’ll never reach paradise.

A Dog’s Life gets its first of three screenings today. From director Hélène Choquette comes a touching film about the companionship between the homeless and their pets. As Lynn Fernie writes for Hot Docs, “In large cities with a substantial homeless population, it’s a common sight to see panhandlers on the sidewalk huddled up on a cold winter’s day with their loyal dogs. Some wonder how they can afford to take care of a pet, let alone themselves. What’s important to realize is that these dogs provide many homeless people with a lifeline-they offer unconditional love to those who have often suffered abuse, as well as stability and warmth on cold nights. But few shelters accept pets, forcing people already isolated and marginalized to make the incredibly difficult decision to give up their beloved animals if they want a roof and a bed.” A Dog’s Life screens tonight at 6:45 at the TIFF Bell Lightbox.

Also look for The Incredible Rose Hartman at the Isabel Bader Theatre tonight at 9:00 and Off The Rails tonight at 9:15 at the Scotiabank Theatre.

Click here for information on all the films screening at the Hot Docs Canadian International Documentary Film Festival.

September 20, 1976
All Birthdays in September

Dressing the Stars for Halloween