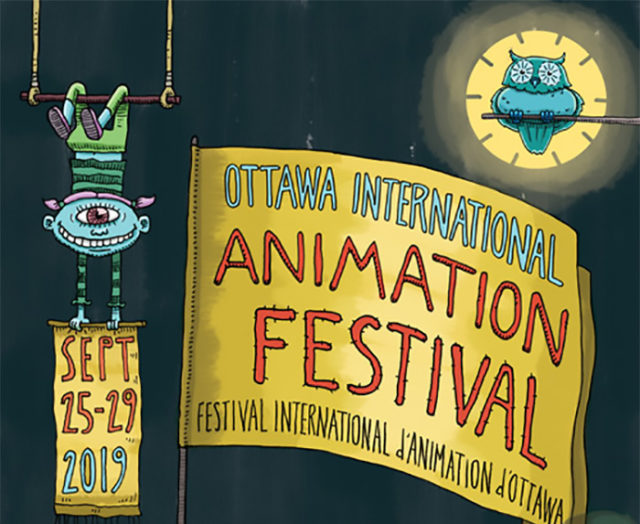 (July 23, 2019 – Ottawa, ON) – The Ottawa International Animation Festival (OIAF), North America’s leading animation film festival, has announced its Official Selection for OIAF 2019. This year’s submission pool provided a wealth of Canadian entries, from a VR film that puts viewers in the gymnasium of an abandoned school (Gymnasia) to a first time animator’s shot at illustrating the tragic true story of a little girl’s death, told through the eyes of her neighbour (Girl in the Hallway).

“The diversity, range and levels of innovation and experimentation of this year’s Canadian competition films is impressive, yet not at all surprising,” said Chris Robinson, Artistic Director of the OIAF. “Like Norman McLaren and many of the pioneering NFB animation artists, Canadian animators continue to push the boundaries of concept and technique whether they are making an experimental work, VR film, TV series, commercial or music video. It’s little wonder that Canada remains a role model for animators around the world.” 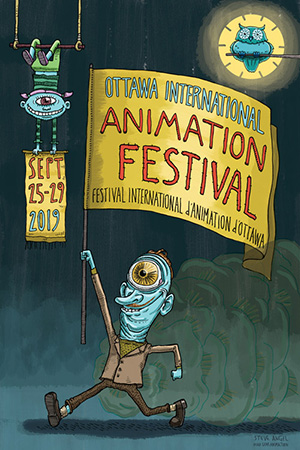 The Festival received over 2,424 entries, selecting 12 Canadian entries for Official Competition. This year’s roster has everything from experimental shorts to commissioned commercials, music videos to narrative features, and even TV episodes.

The OIAF will host the world premiere of Theodore Ushev’s newest NFB production, Physique de la Tristesse (The Physics of Sorrow). Ushev is an Oscar nominee and multi-winner of the Canadian Film Institute Award for Best Canadian Animation at the OIAF. The artist behind this year’s OIAF poster, Steve Angel, also has a commissioned entry, Troll Farm, in the mix.

The Festival also boasts a selection of kid-friendly content that’s proudly Canadian. In the Animation for Young Audiences categories, Inuit-owned Taqqut Productions’ short What’s My Superpower? is a heartfelt story about believing in oneself. Toronto-based Guru Studio has an episode from their Netflix series True and The Rainbow Kingdom that deals with rising sea levels.

2019 also marks a strong year for Canadian Panorama and the Canadian Student Competition, with 38 films selected from animators across the country–and fresh talent from top animation schools from coast to coast. One film that will surely leave a mark on audiences (if it’s not seared into their eyeballs for life) is Finding Uranus, by Ivan Li of Emily Carr University of Art and Design in Vancouver. Finding Uranus has also achieved the rare feat of being selected for both the Canadian Student Competition and the Official Short Competition.

The Ottawa International Animation Festival runs from September 25 – 29 and screens at various venues in Ottawa. Admission starts at $14 for the general public or $10 for children, seniors, and members of the Canadian Film Institute. Tickets and Festival Passes are available online.