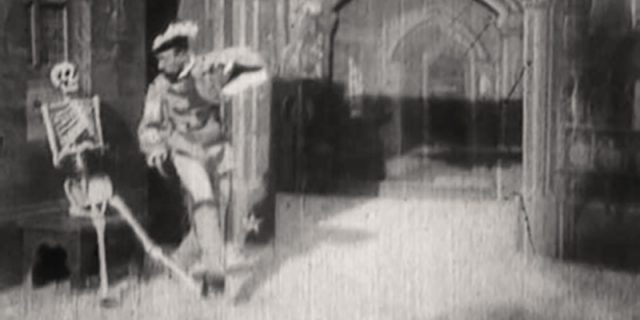 (October 22, 2021 – Toronto, ON) Counting today we’re just ten nights from the annual visit of small and not-so-small ghouls and ghosts, witches and spacemen, monsters and princesses all in celebration of the Celtic festival of Samhain, where this all began. Pronounced SOW-in, the festival began on the eve of October 31st, and ushered in the Celtic New Year on November 1st. The Celts believed this brief period of change between the end of one year and the beginning of another allowed the spirits of the dead to return and visit their earthly home. Clearly it was once a more solemn occasion.

This year I thought it would be fun to tap the broad experience of two of the finest film journalists in the country, Maurie Alioff and Thom Ernst. I asked them if they could select their own personal list of the Top 5 Canadian Horror films. Maurie Alioff, in submitting his list, stated “Canada excels at horror. It’s one of the few countries where one of the most successful film festivals, Fantasia, embraces the genre.

Thom Ernst:
Psycho Gorman
What Keeps You Alive
Anything For Jackson
Backcountry
The Lodge.

Here is the list arranged in the order of the titles, with the first through fifth selection of each writer indicated by the initial of their last name.

1-A David Cronenberg’s 1984 film Videodrome anticipated the dark zones of the internet with its story about a grubby cable TV operator (James Woods) hunting for programming with a big kick that will give him a big payoff. Way out there in pre-cyberspace, a channel his techie finds shows nothing but women getting beaten and murdered. Naturally, the resident of Cronenberg-land gets sucked into the sado-masochistic, hallucinatory world he wants to exploit. Cronenberg tunes the viewer into one crazed delusion after another. 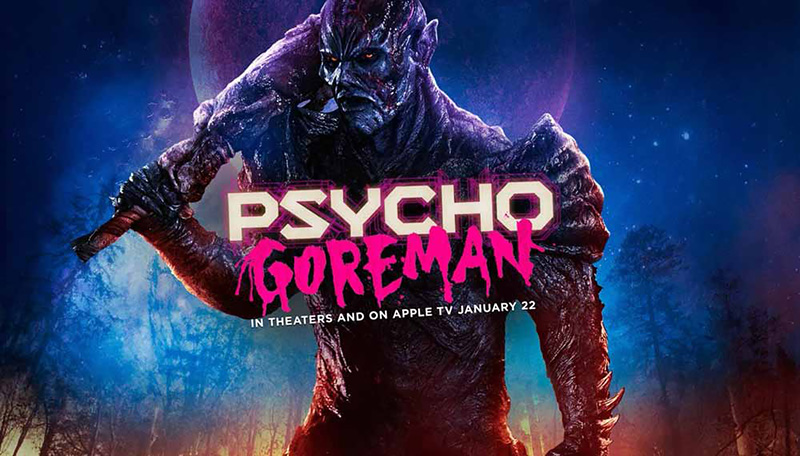 1-E Psycho Gorman (2020): With a slogan that reads Little Girl/Big Psycho, you know you’re in for a horror treat. Directed by Steven Kostanski from the Canadian production collective Astron-Psycho Goreman is Power Rangers meets The Toxic Avenger. Mimi, played with gleeful excess by Nita-Josee Hanna, unearths a gem that gives her control over a vicious, violent monster. It’s an odd mixture of after-school -special warmth with midnight madness gore

2-A In the 1988 film Dead Ringers, David Cronenberg raised his own filmmaking stakes. The mind-bogglingly provocative story connects us to the Mantles, identical twin brother gynecologists with radically different personalities. One is introverted and sexually repressed; the other is a flamboyant player. They have invented a menacing set of gynecological instruments that seem more like mediaeval torture tools. They also play games like pretending to be each other as they have s&m sex with a hung-up actress who has a weird gynecological problem (Geneviève Bujold). With exquisite precision and technical virtuosity, Cronenberg and actor Jeremy Irons brought the Mantle brothers to life. In scene after scene, Irons depicts two men interacting. Cronenberg pulls the illusion off seamlessly.

2-E What Keeps You Alive (2018) It’s a shame to reveal that director/writer Colin Minihan’s What Keeps You Alive is a horror movie. It plays nicely as a romantic drama about a recently married couple trying to enjoy a retreat at the family cottage. But the romance is interrupted by an unexpected attack, leaving one partner in a fight for her survival—a truly unique entry into the cabin-in-the-woods sub-genre. The shocks in this film are legitimate, and the anxiousness felt for the protagonist’s chance of survival is real.

3-A Canadian horror filmers like to spin genres. In fact, David Cronenberg invented new ones. John Fawcett’s innovative 2000 picture Ginger Snaps drew from Brian DePalma’s Carrie in its relating the advent of female sexuality to a horror story. Both movies begin with first menstruation: Carrie’s unleashes desire and volcanic rage expressed by scary telekinetic powers. Ginger’s unleashes desire and volcanic rage expressed by the teenage girl’s transformation into a particularly aggressive werewolf. The most indelible horror images are of monstrous hairs rooted in Ginger’s wounds and her burgeoning tail. Despite the level of revulsion, Fawcett makes sure the viewer empathizes with Ginger. She’s like any kid distressed by the changes in her body.

3-E Anything For Jackson (2020) takes The Exorcist, flips it on its back, then turns it inside out. Veteran Canadian actors Sheila McCarthy and Julian Richings are loving grandparents who only want the best for their grandson—to bring him back from the dead. And so they find someone capable of casting a demon into the little guy. But bodies start piling up as more and more people get in the way of achieving their goal.

4-A  Patrick Senécal’s Les 7 Jours du talion (7 Days, 2010) recalls Denis Villeneuve’s shocker Prisoners (2013) and Pascal Laugier’s beyond-horror Canadian-French co-pro Martyrs (2008), not to mention Eli Roth’s Hostel (2005). Les 7 Jours slotted into the sub-horror-genre, “Torture Porn,” which confronted viewers with inescapably hideous images of pain infliction. The genre crossed paths with revenge movies. In Senécal’s picture, a father whose daughter has been raped and murdered makes off with the killer, locks him up, and figures out agonizing torments that will eventually lead to the creep’s death. Senécal’s approach is unsparing. Almost no detail in the destruction of a body is withheld. The point? Like the father, we want to see the swine get his comeuppance, and that implicates us in the barbaric cruelty we witness. The movie wants us to be repulsed by the revenge seeker’s icy mercilessness.

4-E Backcountry (2014) Adam Macdonald directs this unexpected horror film based on an actual incident of a fatal bear encounter. The true story is harrowing enough, but it becomes JAWs on dry land in MacDonald’s hands. A young couple is celebrating their engagement set off on a hiking trip. The trip turns ugly after an unprovoked bear attack leaves one of them fighting both animals and elements to survive. Macdonald throws in a few red herrings that effectively leaves you wondering if there is more to fear than just the wildlife. 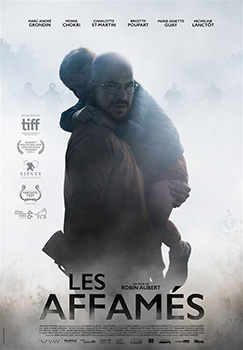 5-A In 2017, Robin Aubert’s Les Affamés (Ravenous) was the horror fan’s take on zombies-George Romero style. The walking dead here are rural Québécois who seem to have retained semblances of humanity. When not chomping on necks, they seem to get all contemplative. They also build peculiar towers of chairs and other commonplace objects. Otherwise, Aubert keeps the usual ensemble of would-be survivors action moving along effectively.

5-E The Lodge (2019) focuses on a young woman and her relationship with the two young children, soon be her stepchildren. Grace (Riley Keough) is a survivor of a suicide cult, but now she is to be married to Richard (Richard Armitage). Grace struggles to connect with Richard’s children, Aiden (Jaeden Martell) and Mia (Lia McHugh), but the children are not quick to warm up to her. That their mother died by suicide at the news of their father remarrying doesn’t help. When Richard is forced to leave Grace and the children alone at their secluded winter home, strange things begin to happen. Is Grace falling victim to the solitude, or are there surviving members of the cult who know where she is and want her back? The Lodge is not horror by the numbers, and it takes its time building dread and then casting everything aside for one shocker of an ending.

Based on these two excellent but different lists, I am forced to assume that each of us has a favourite horror film out of a vast selection of main and sub-genre movies. I hope at least one of yours was on this combined list of 10 of the best Canadian horror films. Films mentioned but not yet on Northernstars will be added as soon as possible.

The photo at top of this article is a frame from what is believed to be the first horror film ever made. Directed by Georges Méliès, Le Manoir du Diable (1896) has been translated into Manor of the Devil, The Haunted Castle, The Devil’s Manor, and The Devil’s Castle.