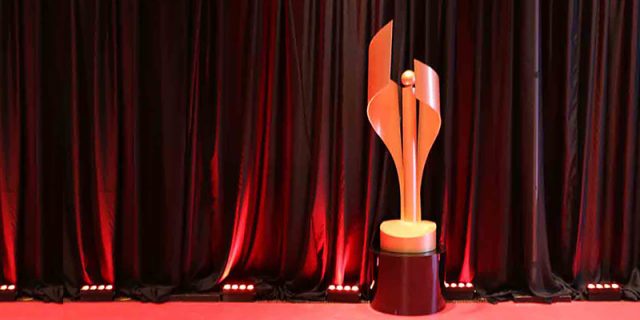 (May 19, 2021 – Toronto, ON) While the format for tonight’s round of awards from the Academy of Canadian Cinema and Television will be constrained by the ongoing COVID-19 pandemic, the scope expands and the 30 categories in the Creative Arts and Performance area cover a lot of important talent up for a Canadian Screen Award.

There are awards for Best Performance, Sketch Comedy and Best Direction Variety or Sketch Comedy and Best Direction Comedy. Then there’s Best Sound, Best Music, Best Make-up, Best Hair. The names being nominated may not be household names, but the shows they are associated with are some of the best on television. Cardinal, Schitt’s Creek, Wynonna Earp and Frankie Drake Mysteries to name just a few.

Made-for-TV movies up for a Best TV Movie award include Christmas Jars, Glass Houses, No Good Deed and The Sanctuary. The late Christopher Plummer is among those nominated for Best Supporting Actor, Drama. Others include Evan Bulliung, Jonny Harris, Joel Thomas Hynes and Kalani Queypo for his work in Trickster, one of 11 nominations for the cancelled series.

We’ll add those missing links as soon as possible. The Awards are streamed live on Academy.ca, as well as on the Canadian Academy Twitter and YouTube channels.