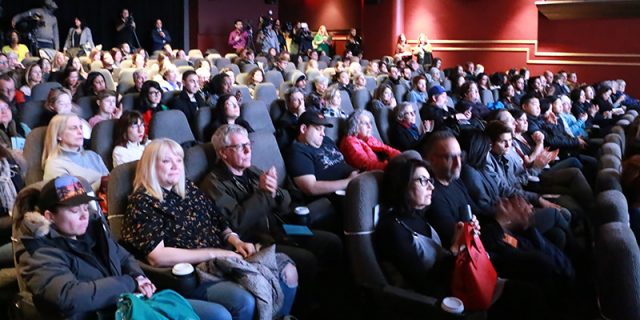 (April 22, 2022) In the last three articles we covered 9 of the 12 feature films screening at Hot Docs in the Canadian Spectrum program. Today we look at the last three. Today being Earth Day you might think we saved this film for this day because of its title, Eternal Spring. Not so. 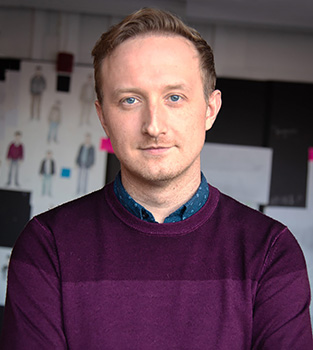 Eternal Spring from director Jason Loftus is a serious exposé that begins 20 years ago in China. In March 2002, a state run TV station in China was hijacked by members of the outlawed spiritual group Falun Gong. Their goal was to counter the government narrative about their practice. In the aftermath, police raids sweep Changchun City, and comic book illustrator Daxiong (Justice League, Star Wars), a Falun Gong practitioner, was forced to flee. After he is safely in North America, he blames the hijacking as being the cause for worsening the violent repression in his home country. However, his views are challenged when he meets someone believed to be the lone surviving hijacking participant to have made it out of China and living in Seoul, South Korea. Eternal Spring combines new footage with 3D animation inspired by Daxiong’s art, as it retraces the event on its 20th anniversary, and brings to life an unprecedented story of defiance, harrowing eyewitness accounts of persecution, and an exhilarating tale of determination to speak up for political and religious freedoms, no matter the cost.

Jason Loftus is a Peabody Award-winning film producer and four-time Canadian Screen Award nominee. His work spans documentary, docuseries, virtual reality, narrative games, and animation. He is CEO of the Toronto-based Lofty Sky Entertainment and Lofty Sky Pictures. He made his documentary feature directorial debut in 2020 with another film set in China titled Ask No Questions. Loftus and co-producer Leon Lee picked up a Leo Award in 2017 for Best Feature Length Documentary for their film Avenues Of Escape.

Eternal Spring screens:
Tuesday, May 3, 8:30pm at the Varsity Cinemas
Friday, May 6, 5:30pm at the TIFF Bell Lightbox 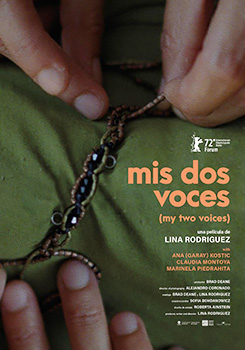 My Two Voices, the 3rd feature from Colombian-Canadian director Lina Rodríguez, runs 68 minutes and made its World Premiere at this year’s Berlinale. The film centres on Marinela, who was born in Canada but was sent back to Colombia at age four. Many years later she returns to Canada as an adult and goes through the process of having to learn anew about a place she once knew. Marinela and two other immigrant Latina women share memories and feelings that have shaped their lives in the diaspora. Slowly, common themes and shared experiences emerge: a struggle with language (a sensual Spanish, a limiting English); a fraught relationship with memory (holding on to there while here); questions of belonging (in birth families and chosen ones). Shot in textured 16mm film, the women’s identities remain concealed as their voices guide the film’s carefully constructed vignettes.
Produced by Canada’s Rayon Verde, the same production company behind her previous film This Time Tomorrow. 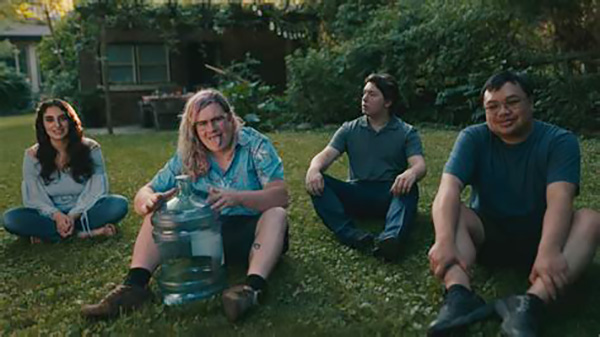 Mark Bone’s documentary, Okay! (The ASD Band Film) will have its World Premiere at Hot Docs. It’s a special film with a focus on special subjects. The band includes piano prodigy Ron, with an impeccable memory for reciting the correct day of the week for any date in history; lead singer Rawan, who uses makeup to express herself and can hit an impressively high pitch; Spenser, an energetic drummer with an affinity for punk rock music; and guitarist Jackson, who loves all things 1950s. Music has brought them together to form one kick-ass garage band. Like most, if not all such bands, they begin by covering and recording existing songs, but now it’s time for a breakout effort. This 75 minute feature covers them as they set out to write their first album of original music. Garage sessions move into the recording studio, where for the first time each member shares their own compositions.

There is more information online about these films and others and about streaming these films from anywhere in Canada.