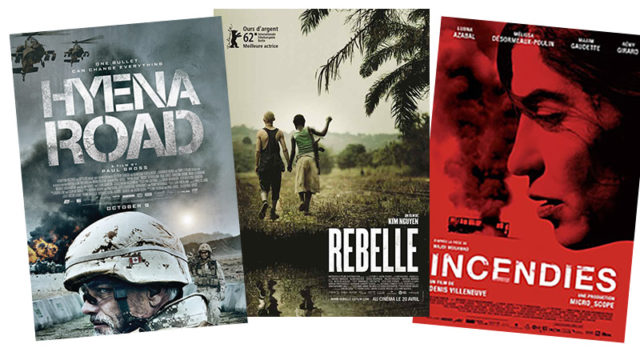 (November 11, 2019 – Toronto, ON) It’s safe to say the United States does most things well, and many things very well, and when it comes to making movies they are truly great at producing war movies that are chest-pounding classics of filmed propaganda. From the 1949 Gregory Peck feature Twelve O’Clock High to Patton (1970) or Saving Private Ryan (1998) or the more recent D-Day, which was filmed on the beaches of California, if you think the United States won World War Two single-handedly, you can be forgiven. With just a little online research, and if you are of a certain age, you could probably put together a list of the 25 or 50 or 100 U.S. war movies you’ve seen. Which leads to my question, How many Canadian war movies can you remember?

Being November 11th, Remembrance Day, I thought this would be a good subject to explore. I learned quickly that here at Northernstars we need to do a better job of classifying the movies in our database.

Earlier this year, on the 75th anniversary of D-Day I wrote about the National Film Board’s work during and following WWII and outside of the remarkable series Canada Carries On and En avant Canada, the NFB has been behind a number of other war-related productions. One of the best was the 7-part Gwynne Dyer series titled War, which started with the French Revolution and ended with the dropping of an atomic bomb on Hiroshima on August 6, 1945. In one part of it he says, “”We let them have their own separate society. run mostly by themselves. We offer them travel, adventure, status. We show them respect when they’re living and veneration if they die. It’s a much better deal than we offer bus drivers or secretaries but it seems worth our while as civilians to give soldiers these privileges because, in return, they take war off our hands.”

Canadian films about war are few but they are well spaced in terms of topic, ranging from Aces: A Story of the First Air War, a 1993 NFB historical drama from director Raoul Fox, to Red Snow directed by Marie Clements. The 2018 film stars Asivak Koostachin as Dylan Nadazeau, a Gwich’in soldier serving in the Canadian Army during the War in Afghanistan, who is captured by the Taliban. 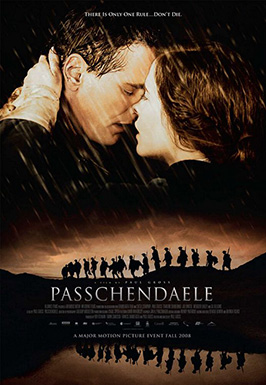 Paul Gross is behind two Canadian war movies. Passchendaele, which tells the story of Sergeant Michael Dunne, Gross’ uncle, a soldier who is brutally wounded in France during World War One, who returns to Calgary emotionally and physically scarred, and Hyena Road (2015), which tells three different stories of modern warfare and takes its title from a route built by Canadian and American troops as a highway to Kandahar, Afghanistan.   The Wars (1983) was also set in World War One and was based on the book by Timothy Findlay, who wrote the screenplay. Directed by Robin Phillips, Brent Carver starred as Robert Ross, a character inspired by T. E. Lawrence and Findlay’s uncle, Thomas Irving Findley. While set during war time, the book and film are essentially explorations of Robert Ross and his motivations and subsequent actions in wartime. While not a trivial film, a possibly interesting bit of trivia is the fact Glenn Gould provided the music for the soundtrack.

Other Canadian films dealing with specific wars, as opposed to world wars, include the 2010 award-winning Denis Villeneuve feature Incendies. Based on the play by Wajdi Mouawad, the story and setting is influenced by the Lebanese Civil War. Incendies was nominated for the Academy Award for Best Foreign Language Film in 2011.   In 2012 Kim Nguyen released Rebelle (The War Witch) which is set during a civil war in sub-saharan Africa and was mostly shot in the Democratic Republic of the Congo. Rebelle was Canada’s entry in Best Foreign Language Film category at the 85th Academy Awards and was one of the five final nominees.   There are a few more, a very few more features and shorts, including the 2014 short Mynarski Death Plummet, which blends live action and animation, and the 1928 World War One drama Carry On, Sergeant! from director Gordon Sparling.

Perhaps it’s a good thing that we do not have a fixation when it comes to churning out war films. It’s nice to think we live in a society that finds a vast array of other topics to make films about, although I think we make far too many low-budget horror movies. But that’s for another article.

It is Remembrance Day 2019. Have Canadian filmmakers done an adequate job of remembering our heroes, the important battles, the large and small stories of Canadians at war? I’m not sure. I do know there are stories that should be told, and I know that those who were there during WWII are a rapidly dwindling number. It would be a shame if the next generation of Canadians grew up learning, inaccurately, that the United States won the two world wars. Canada played a part and in many cases, many battles, carried a larger burden than other nations. There are still stories to be told and the question is, who will tell them?