(November 23, 2015 – Toronto, Ontario) It is one of the most sumptuous series ever to be produced and is certainly the most expensive series ever produced in France. According to production partner Telefilm Canada, the series is budgeted at $40-million. If you haven’t been watching Versailles, then you are missing an absolute treat for the eyes. A Canada-France co-production, there are several Canadian cast members and the last three episodes of the 10-part series were directed by Québec’s Daniel Roby. If you do the math, that’s $4-million dollars per episode.

Versailles, in real life, is the not-to-be believed Palace on the outskirts of Paris. It’s about a 25 minute train ride from downtown to this small village that was transformed by King Louis XIV from an already huge “hunting lodge” he had inherited from his father. It took over 3000 workers to build the palace, often called the Chateau Versailles, as well as reshape the surrounding woodland and fields. It is estimated that in today’s dollars it would cost somewhere around $2-billion to replicate. Our publisher, who visited Versailles in late September of this year, thinks that’s a low estimate.

Versailles by the numbers: The grounds cover some 30,000 acres, there is a mile long canal, 400 sculptures and 1,400 fountains. The buildings hold over 700 rooms, over 60 staircases and over 1,200 fireplaces. The Hall of Mirrors, which appears in the series in several scenes is one of the most spectacular rooms in the palace. It was originally lit with 3,000 candles. The Treaty of Versailles, officially ending World War I, was signed in this room in 1919. 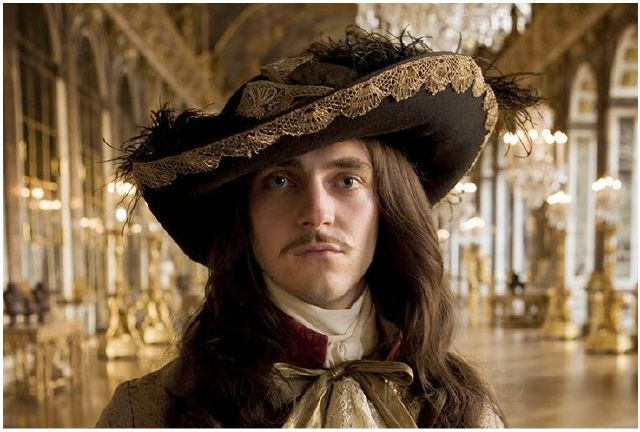 The series can boost its own set of astounding numbers. For example, the production required costumes for about 100 key cast member as well as about 200 mass-produced extras costumes. Each costume, whether male or female, required about ten meters of fabric. The costume team consisted of about thirty people, including the series’ main designer, Madeline Fontaine, her auxiliary design team, stitchers and fitters.

The series stars London-based film and stage actor George Bagden as Louis XIV. Prior to this he played Athelstan in Vikings. Canadian costars include Tygh Runyan as Fabien Marchal, Evan Williams as Chevalier and Steve Cumyn as Colbert. Series one is set in the year 1667, Series two takes place four years later.

Super Channel is available from most if not all cable and satellite providers. Versailles airs several times during the week across its 4 channels.

Rosemary Barton Gets Power and Politics