Home News Cast for To The Bone Announced 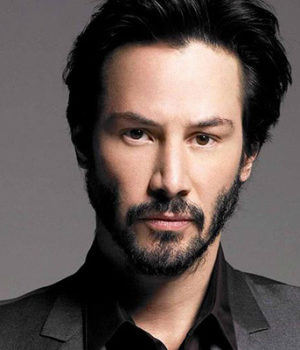 (April 7, 2016 – Los Angeles, CA) Television writer Marti Noxon knows about anorexia and turned her personal experience into a screenplay that is quickly coming together in a new film costarring Keanu Reeves in the role of Dr. William Beckham. It was announced a few days ago that Lili Taylor, Alex Sharp and Brooke Smith have joined the cast that includes Lily Collins, Carrie Preston and Liana Liberto. Julie Lynn and Bonnie Curtis of Mockingbird Pictures will produce along with Karina Miller, who is also financing through her company Sparkhouse Media. Miller heads Sparkhouse with her husband and financier, Talal AlAbbar.

Additionally, AMBI Group principals Andrea Iervolino and Monika Bacardi have come on board to finance the film and are co-executive producers. The project marks the start of a broader strategic relationship between AMBI and Sparkhouse Media that will see the two companies co-finance and co-produce a slate of films together.

“Nothing excites us more than seeing great material align with great talent, which is evident in To the Bone. The Sparkhouse team has put together a tremendously commercial film and we’re excited to not only join them on this project, but on a slate of films to follow,” said Iervolino.

Lili Taylor (pictured) is coming off a much-lauded season on ABC’s American Crime playing the role of Annie Blaine. She recently appeared in Maze Runner: the Scorch Trials, and is also known for her starring roles in 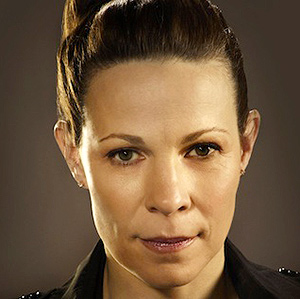 The Conjuring, High Fidelity and Say Anything.

Alex Sharp is best known for the Tony Award-winning role of Christopher Boone in the Broadway production of The Curious Incident of the Dog in the Night-Time, and is the youngest winner of the Tony Award for Best Actor in a Play. He is also co-starring in John Cameron Mitchell’s film How to Talk to Girls at Parties alongside Nicole Kidman, Elle Fanning and Ruth Wilson.

Booke Smith has recently appeared in a recurring role on Showtime’s Ray Donvan and is also known for roles in Interstellar and Silence of the Lambs.

Noxon, who is also directing To The Bone, co-created and executive produces the acclaimed Lifetime drama series UnREAL, which was honoured by the AFI Awards and Critics Choice Awards as one of the top television programs of the year. She is also the creator and executive producer of Bravo’s first scripted drama series Girlfriends’ Guide to Divorce, and directed its season finale this year. She recently adapted the Gillian Flynn bestseller Sharp Objects with Academy Award®-nominated actress Amy Adams attached to star. Noxon currently has an exclusive overall deal with Skydance Media where she is developing television projects for the independent studio, including a series based on the bestselling novel Dietland, by Sarai Walker. Noxon’s other writing credits include Mad Men, Buffy the Vampire Slayer, and Grey’s Anatomy, as well as features Fright Night and I Am Number Four.

AMBI Distribution, the worldwide sales arm of the AMBI Group, is handling global sales and will be introducing the project to buyers in Cannes. No firm release date has been announced but it is expected To The Bone will be out in 2017.