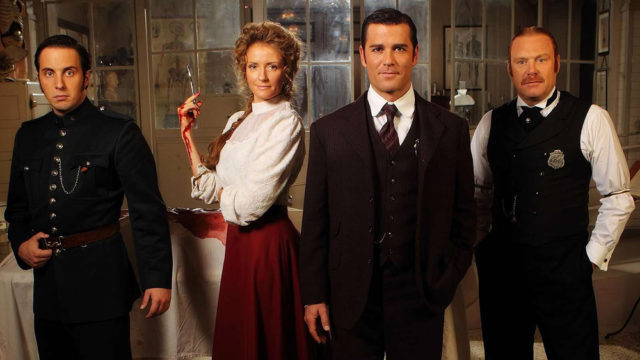 (July 17, 2019 – Toronto, ON) CBC has announced the broadcast and streaming premiere dates for its fall 2019 slate of new and returning original series. The new season begins Monday, September 16 on CBC and their Gem streaming service and includes a wide range of Canadian stories across drama, comedy, factual, arts, kids, news, and documentary programming.

Mystery Mondays return on September 16 with season 13 of Murdoch Mysteries and season 3 of Frankie Drake Mysteries.

A new sketch comedy series titled Tallboyz joins the Tuesday night comedy lineup at 9:00 PM beginning September 17 along with season 5 of Still Standing, season 27 (!!!) of This Hour Has 22 Minutes and season 4 of Baroness Von Sketch Show.

Aurora Browne and Carolyn Taylor are the new hosts for season 3 of The Great Canadian Baking Show at 8:00 PM on Wednesday, September 18. Look for the launch of Northern Rescue on that night. Season 1 features 10 60-minute episodes starting at 9:00 PM.

Ron MacLean hosts the highly anticipated return of Battle of the Blades at 8:00 PM on Thursday nights beginning with a special two-hour premiere on September 19.

This year The Nature of Things moves to Friday nights with its remarkable 59th season premiering September 20 with back-to-back episodes of She Walks With Apes, the story of three young scientists who are following in the footsteps of Jane Goodall, Diane Fossey and Birute Galdikas. September 20 also sees the return for season 5 of CBC ARTS: Exhibitionists with host Amanda Parris returns at 11:30 PM.

Other shows that return this fall include Dragons Den for its 14th season, season 13 of the family drama Heartland begins at 7:00 PM on Sunday, September 22, followed by season 3 of Anne With an E, and The Fifth Estate kicks off its 45th season also on September 22.

The Victim is a 4-episode BBC One thriller mini-series that follows a grieving mother (Kelly MacDonald) who is accused of identifying online the man who she believes to be her son’s killer. The Canadian premiere begins streaming on CBC Gem on September 6.

Canada In A Day Coming September 10