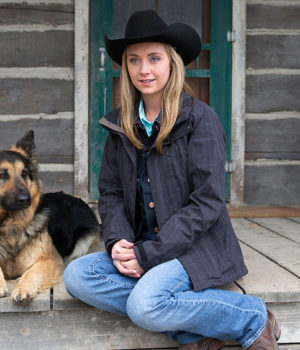 (March 31, 2016 – Toronto, ON) CBC has announced five new original programs that will be added to its 2016-17 lineup of Canadian hits, along with the renewal of another 10 returning titles. Among the new titles are previously announced The Council (working title), a crime drama set in an isolated arctic outpost; observational series The School (working title); Northern-Canadian docu-series True North Calling; comedy series Four In The Morning; and Caught, a dramatic mini-series based on Lisa Moore’s novel of the same name. Series renewed for new seasons as part of the CBC-TV lineup include Murdoch Mysteries, Heartland, The Romeo Section, Hello Goodbye, Canada’s Smartest Person, This Life, X Company, Exhibitionists, Interrupt This Program and Crash Gallery.

“We have taken creative risks to develop a slate of distinctive original programming that recognizes the CBC’s unique role as Canada’s public broadcaster,” said Sally Catto, general manager, programming, CBC Television. “We’re delighted to announce the addition of new Canadian stories to our already vibrant offering of original programming. Audience favourites such as Murdoch and Heartland attained their highest ratings to-date this past season, Schitt’s Creek and The Book of Negroes swept the 2016 Canadian Screen Awards.”

Adapted from the book by acclaimed author Lisa Moore, Caught is a riveting tale of bravado and betrayal, of complex characters and treacherous seas, of love, loss and last chances. Allan Hawco stars as David Slaney, who after six years incarcerated in a Nova Scotia prison for smuggling marijuana, has escaped. Slaney sets off on an odyssey that takes him deep into Latin America to reconnect with his once best friend and partner-in-crime who left him holding the bag years earlier. Slaney tastes freedom, but trusts no one and sees cops everywhere he goes.

The Council begins on the edge of the Arctic frontier during the endless days of the polar summer when a young woman, a renowned environmentalist, is found ritualistically murdered near the Canadian hamlet of Resolute. An investigation is mounted by the local RCMP inspector Mickey Behrens, an outsider and new-comer to the north who is running from a derailed personal and professional life, and her partner, officer Jo Ullulaq. A soulful counterpoint to Mickey, Jo is torn between the duty to his job and loyalty to his Inuit culture. The pair quickly discovers that the mystery extends far beyond the borders of the town and to the backrooms of Canadian parliament in Ottawa, the dark corridors of U.S. intelligence in Washington, D.C., the committee rooms of the Arctic Council in Copenhagen, the airbases of world powers, and the migrant conflicts at the border of Norway and Russia.


Four In The Morning is an edgy comedy that follows four friends in their twenties as they navigate life at the unpredictable, emotional and bewitching hour of 4 a.m. Dealing with themes of life and death, love and heartbreak, friendship and betrayal, it’s a series about self-discovery, disappointment and clawing after dreams that always feel out of reach.

The School is an intense, surprising and intimate series that, for the first time, looks deep into the incredible dynamic existing today between students and their teachers at a typical Canadian high school. Based on the award-winning UK format, The School offers unprecedented access into the day-to-day goings on at South Kamloops Secondary School in Kamloops, BC. Facing daily pressures at school, at home and in the world, today’s teens deal with seemingly insurmountable challenges. The School explores themes of teenage life and those all-important student-teacher relationships, which lie at the heart of everyone’s formative years. Fitting in, falling out, exam pressure, peer pressure, first love and last chances—The School uses warmth and humour to describe steps on the journey towards self-knowledge, at a time when both the present and the future remain uncertain. The School is distributed by Endemol Shine and will premiere on CBC in fall 2016.

True North Calling will reveal the north to audiences in an entirely new, modern and surprising way. The series follows one season in the lives of several young, dynamic Arctic dwellers carving out a life for themselves and their families on the frozen tundra. We follow the daily dramas as each deals with unforgiving terrain, and unpredictable weather, hunting, guiding, fishing and farming, travelling by snowmobile and dog sled, mixing traditional ways with modern technology, all while making a living in Canada’s most spectacular and treacherous environment.

These newly announced series will debut during the 2016-2017 season, along with previously announced new shows, including: Shoot The Messenger; Workin’ Moms; Kim’s Convenience; and Baroness von Sketch Show.

Canada’s Smartest Person is an original competition series that inspires and entertains Canadians. Each week, competitors go head-to-head in a series of mind-bending challenges that redefine what it means to be smart. Based on the Theory of Multiple Intelligence, the series explores six categories of smarts including linguistic, physical, musical, visual, social and logical.

Hosted by Sean O`Neill of the Art Gallery of Ontario, Crash Gallery is a high energy, immersive television series that brings art to life. In each episode, three talented artists face-off in a real-time creative arena, giving the audience a front row seat and the opportunity to share in the creative process.

Exhibitionists is a vibrant series that pulls back the curtain on people who create, and why they do it. Hosted by actor, writer and educator Amanda Parris, this weekly show features Canadian artists as they reshape our country’s artistic landscape. Topical, innovative and entertaining, Exhibitionists explores the most exciting cultural happenings across Canada through a passionate lens.

Heartland continues the saga of a Western family as they chase big dreams and manage life’s setbacks, while holding on to what matters most: courage, love, family, and a home you can always come back to. Starring Amber Marshall, Graham Wardle, Alisha Newton, Michelle Morgan, Shaun Johnston and Chris Potter.

Bustling airport arrival and departure terminals see thousands of people every day, and each and every traveller has a unique story to tell. Host Dale Curd meets people from all walks of life who are in the midst of welcoming home or saying goodbye to their loved ones. He witnesses heartwarming, emotional moments that demonstrate the universal themes of love, loss, family, friendship, grief, and joy through each intimate story of arrival and departure.

Interrupt This Program returns with new episodes revealing the surprisingly vital cultural underbellies of unsettled, global cities. In each compelling episode, passionate young artists display art as a form of protest, as a means of survival and as an agent of change. Viewers are guided through parts of the world they have most likely never seen and experience the creativity and vitality of some of the planet`s most intriguing, resilient cities.

Based on the original Radio-Canada hit, Nouvelle adresse, This Life is a family saga set in Montreal that focuses on Natalie Lawson (Torri Higginson), an accomplished columnist and single mother in her early forties whose terminal cancer diagnosis sends her on a quest to prepare her teenage children for life without her. Her tight-knit family – sister (Lauren Lee Smith), two brothers (Rick Roberts, Kristopher Turner) and parents (Peter MacNeill, Janet Laine Green), do the best they can to help her, while coping with their own responses to this revelation.

Season 10 of Murdoch Mysteries, marking 150 episodes of the series, will continue to follow the heroes at the Toronto Constabulary as they solve crimes inspired by Canadian history and international celebrities of the early 20th century. Detective Murdoch (Yannick Bisson) will continue to use his cutting-edge forensic methods and scientific inventions to catch criminals and find unexpected adventures in his home life with wife Doctor Ogden (Hélène Joy) and his colleagues at Station House Four, while last season’s newcomer Miss James (Mouna Traoré) takes on more responsibilities at the morgue.

Season 2 of The Romeo Section finds freelance intelligence agent Wolfgang McGee (Andrew Airlie) tasked with a covert investigation of a terrorist incident. The trail leads him forward into the dark side of intelligence services and backwards into his own past history of serving in that realm, and its tragic personal and social consequences. Meanwhile, Lily Song (Jemmy Chen) is now a recruit for the Intelligence Service and working her way up the ladder, while taking drastic action to prevent her discovery as a double agent. Up and coming drug gangster Rufus (Juan Riedinger) gets caught in an escalating city-wide turf war which upsets the gangster hierarchy and triggers an attempted coup d’etat at the top of the heroin food chain.

Inspired by remarkable true events, X Company is an emotionally driven character drama set in the thrilling and dangerous world of WWII espionage and covert operations. During World War II, a real life spy training school existed on the shores of Lake Ontario. The series follows the stories of five highly skilled young recruits torn from their ordinary lives to train as agents at an ultra-secret training facility, Camp X.

Cast for To The Bone Announced