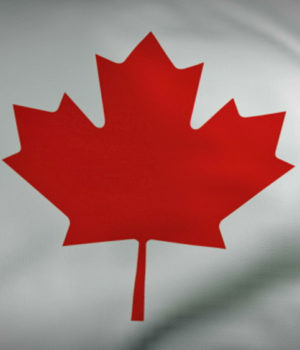 (December 7, 2016 – Toronto, ON) While the 100th anniversary of Canadian confederation will always be remembered by a certain generation for its magnificent and outrageously expensive Expo ’67 in Montreal, our !50th, while less grand, will be celebrated by far more Canadians. Our population 50 years ago was slightly less than 20.5 million people. Today more than 36 million people call Canada home and we have an awful lot to celebrate. While we have our own plans here at Northernstars, with 2017 only 25 days away, CBC/Radio-Canada has announced their line-up of special Canada 150 programs. The public broadcaster plans to boost this anniversary year by sharing Canadian stories from the past, present and future across all platforms. Of particular note are those initiatives that include the perspectives of the Indigenous Peoples of Canada, whose history extends far beyond our meagre 150 years.

If you want to start planning now, our national broadcaster has released an online Programming Guide that outlines the extensive Canada 150 programming on offer. Everything from documentaries, radio programs, kids programs, entertainment and arts specials, to innovative digital and virtual reality initiatives, as well as ongoing news and current affairs coverage of the people, places and events in every region of the country that will shape Canada’s milestone anniversary year.

“The 150th anniversary celebrations are for us a unique opportunity to create and showcase highly emotional moments, to bring Canadians together around special signature events, and to enable conversations about our collective national identity, our diversity, and what binds us together,” said Hubert T. Lacroix, President and CEO of CBC/Radio-Canada.

2017 programming kicks off on December 31st with Canada’s New Year’s Eve – Countdown to 2017, a nation-wide musical celebration hosted by Rick Mercer from Parliament Hill. It will be

broadcast on CBC Television and available online at CBC.CA/2017. The star-studded line-up of musical guests across the country includes: JUNO Award-winning and Grammy®-nominated multi-Platinum recording artist Carly Rae Jepsen, and chart-topping country star Brett Kissel on the main stage in Ottawa; singer-songwriter Scott Helman in Montreal; The Strumbellas from the celebrations in Halifax; The Bros. Landreth featuring Begonia from The Forks in Winnipeg; and alt-rock giants Wintersleep from the Vancouver celebrations. The special will also capture the excitement from a number of cities across the nation as Canadians ring in the country’s historic anniversary year.

Meanwhile, on CBC News Network, starting at 7 p.m. ET, there will be live coverage of the official ceremonies from Parliament Hill, including a ceremonial re-lighting of the Centennial Flame, as well as fireworks and celebrations across the country. The two hour program is titled CANADA 2017 – NYE Live with Heather Hiscox.

There are also plans for a number of projects to be produced jointly by CBC/Radio-Canada’s English and French services. One of them is titled We Are Canada, a prime-time documentary series that celebrates the next generation of change-makers. Train 150 is a multiplatform series that offers a close-up, cross-country view of Canada. There will be a special edition of the landmark series Canada: A People’s History and a special presentation of The Best of the Governor General’s Performing Arts Gala. What’s Your Story?/La Route des 20, will recruit a diverse group of millennials to tell the contemporary story of Canada throughout 2017. Then there’s We Are The Best, a series that shows off the extraordinary culinary richness of our country.

Canada: The Story of Us is an epic ten-part television history series that tells the extraordinary story of the people, places and events that have shaped our country. With a combination of fact-based drama and stunning CGI animations, it is the stories of Indigenous peoples and immigrants, pioneers and rule breakers and scientists and entrepreneurs who forged a nation in a vast and harsh land. The digital-first series, Becoming Canadian will focus on stories from the 250,000 new Canadians who take the Oath of Citizenship; and Short Docs: Indigenous is a collection of short digital documentaries by emerging Indigenous storytellers that will focus on Indigenous Canadians who are challenging the past to define their futures.

Click here for more about the Canada 150 programming from CBC/Radio Canada.

Immersed in the Process, a Conversation with Sarah Shamash