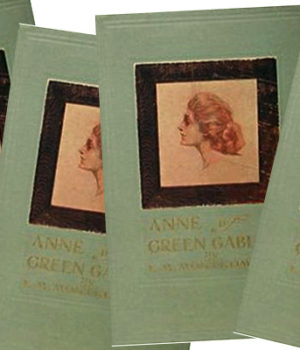 (January 12, 2016 – Toronto, ON) It’s been more than 100 years since the first publication of Lucy Maud Montgomery’s enduring tale, Anne of Green Gables. Today, CBC announced there will be a new series retelling the story of that most beloved of Canadian literary characters. Anne, as it is being titled, is an international co-production that sees 2016 Golden Globe-nominee and Emmy® Award-winning Breaking Bad alum Moira Walley-Beckett and fellow Canadian producer Miranda de Pencier join forces with Alison Owen (Temple Grandin) and Debra Hayward’s (Pride and Prejudice) U.K.-based Monumental Pictures to bring the series to life. Anne is expected to begin production this spring and will debut with eight episodes on CBC-TV in 2017. Given the collective credits of this group (see below) this production promises to be the most lavish and potentially the most costly version ever made.

“We’re thrilled to be working with this exceptionally talented group of women on this exciting project,” said Tara Ellis, executive director, scripted content at CBC. “This new take on Lucy Maud Montgomery’s beloved story will be highly anticipated by fans of Anne and a whole new generation of viewers who have yet to meet her.”

At its heart, Anne is a coming-of-age story about an outsider who, against all odds and numerous challenges, fights for acceptance, for her place in the world and for love. The drama series centres on a young orphaned girl who, after an abusive childhood spent in orphanages and the homes of strangers, is mistakenly sent to live with an elderly spinster and her aging brother. Over time, 13-year-old Anne will transform their lives and eventually the small town in which they live, with her unique spirit, fierce intellect and brilliant imagination. While the new series will follow a similar storyline to the book that millions of readers around the world know and love, it will also chart new territory. Anne and the rest of the characters in and around Green Gables will experience new adventures reflecting timeless issues, including themes of identity, sexism, bullying, prejudice, and trusting one’s self.

“Adapting Anne’s story really excites me,” said Walley-Beckett. “Anne’s issues are contemporary issues: feminism, prejudice, bullying and a desire to belong. The stakes are high and her emotional journey is tumultuous. I’m thrilled to delve deeply into this resonant story, push the boundaries and give it new life.”

De Pencier, who brought the idea of the series development to Walley-Beckett and the CBC, under her Northwood Entertainment banner, says “Moira has found a way to make this classic heroine, loved by so many readers, feel wonderfully fresh and modern. I couldn’t be more thrilled to be working with her remarkable talent and indelible voice and we really could not ask for better partners than Alison and Debra, who are prolific powerhouses with impeccable taste and world-class talent relationships.”

Owen adds, “When Moira and Miranda asked if we were interested in joining forces, we virtually jumped for joy. Like many millions of girls and women, Debra and I grew up loving the books, so being asked to help bring Anne back into people’s homes is a dream come true. To be working with such incredible talents as Moira and Miranda is the icing on the cake.”

Walley-Beckett, de Pencier, Owen and Hayward will act as executive producers. The four boast impressive résumés including industry accolades and highly successful projects. Walley-Beckett is a three-time Emmy® Award-winner for the critically acclaimed series Breaking Bad and was nominated for a 2016 Golden Globe award for the Starz drama, Flesh and Bone. Canadian producer Miranda de Pencier’s most recent credits include feature films Thanks for Sharing and Beginners, which earned Christopher Plummer a 2012 Academy Award® for Best Supporting Actor. U.K.-based producer Alison Owen’s titles include Shaun of the Dead, The Other Boleyn Girl, Saving Mr. Banks, Suffragette and the seven-time Emmy® Award-winning Temple Grandin. Atop a long list of achievements, Hayward has produced many films including Bridget Jones’s Diary, About a Boy, Love Actually, Wimbeldon, Pride and Prejudice and the multi-award-winning box office hit Les Misérables.