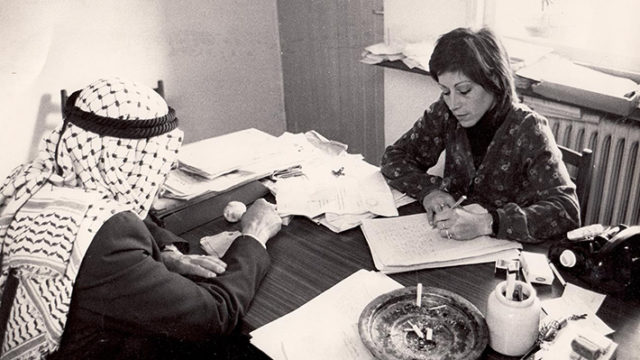 (November 13, 2019 – Toronto, ON) The Academy of Motion Picture Arts and Sciences has released the long list of feature documentaries being considered for the 2020 Oscars®. In fact, 159 films are on the very long list but among those titles are some Canadian or Canadian co-pro titles.

In alphabetical order, the very first film on the list is Advocate. When we covered this film for the 2019 Hot Docs festival we wrote, “Advocate is an Israel-Canada-Switzerland co-production and it screens in Hot Docs’ Special Presentations programs. It’s about human rights lawyer Lea Tsemel (pictured above) who has been defending Palestinians against all sorts of criminal charges for almost 50 years. The directors, Rachel Leah Jones and Philippe Bellaïche, weave this profile out of new and archival footage so that we get to know the 74-year-old lawyer who has never betrayed her principles.” 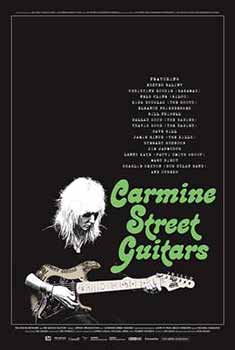 Carmine Street Guitars is one of our favourite films. It first screened in August of 2018 at the Venice Film Festival. The synopsis says, in part, “Once the centre of the New York bohemia, Greenwich Village is now home to lux restaurants, and buzzer door clothing stores catering to the nouveau riche. But one shop in the heart of the Village remains resilient to the encroaching gentrification: Carmine Street Guitars. There, custom guitar maker Rick Kelly and his young apprentice Cindy Hulej, build handcrafted guitars out of reclaimed wood from old hotels, bars, churches and other local buildings.” Carmine Street Guitars was directed by Ron Mann.

Gaza, an Ireland-Canada-Germany co-pro is also on the long list and was another film we covered at Hot Docs. Shot entirely from the perspective of a few citizens who live, or try too exist, on this small strip of territory, this is what we wrote about Gaza and the people in the documentary: “All they seem to wish for is a normal life, a productive life, a safe life, yet they are seemingly trapped between the ambitions of Hamas, which has run the territory since 2007, and the Israeli military who retaliates with, some might say, unjustified force to protect its people. There are some two million people who live in Gaza, an area 41 kilometres long and somewhere between 6 and 12 kilometres wide. It is one of the most densely populated places on earth, yet it is cut off from the rest of world, its people unable to travel, unable to escape.”

Gaza was directed by Garry Keane and Andrew McConnell.   One of its producers was Paul Cadieux, who is one of Canada’s leading and most active film and television producers. Canadian Ray Fabi wrote the music for Gaza.

There may be other Canadian docs on the list that we have missed (apologies). In addition to these films submitted to the Academy, documentary features that have won a qualifying award at a competitive film festival or have been submitted in the International Feature Film category as their country’s official selection are also eligible in the category.  A shortlist of 15 films will be announced on December 16. Also note, films submitted in the Documentary Feature category may also qualify for Academy Awards in other categories, including Best Picture.  Nominations for the 92nd Academy Awards will be announced on Monday, January 13, 2020. The 92nd Oscars® will be held on Sunday, February 9, 2020, at the Dolby Theatre® at Hollywood & Highland Center® in Hollywood. The Oscars will be televised live in more than 225 countries and territories worldwide.

September 24, 1985
All Birthdays in September