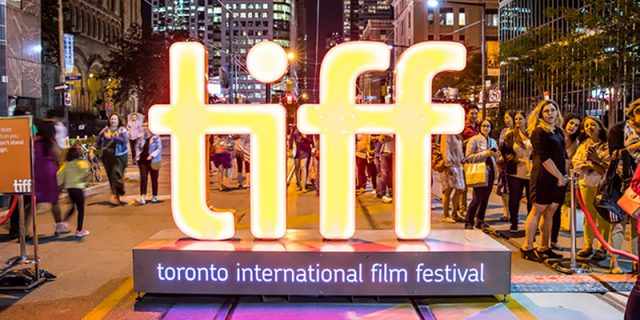 CDN Films at TIFF – Take One
by Ralph Lucas – Publisher

(August 27, 2020 – Toronto, ON) We’re 13 days away from the opening of the hybrid Toronto International Film Festival. Hybrid because films will showcase on-screen and through the TIFF Digital Cinema system. This the 22nd year we have concentrated on just the Canadian aspect of TIFF, and remind our readers that there is so much more at TIFF.

These are some of the films that have caught our attention. Over the next few days, and weeks, we will be adding more about these films and filmmakers to the Canadian Movie Database, but we wanted to get this information out in a timely manner and urge you to support Canadian films. The first two we look at are part of five films at TIFF being distributed by Toronto-based Mongrel Media. 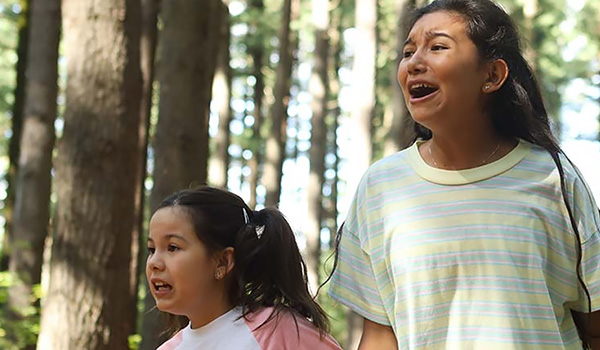 We first wrote about Beans in September of last year when EMAfilms and the Canadian Film Centre (CFC) announced the start of production. Beans is a coming-of-age story, inspired by co-writer/director Tracey Deer’s own experience as a 12-year-old Mohawk girl who had to grow up fast during the 1990 Oka Crisis, a 78-day armed stand-off between the Quebec/Canadian governments and the Mohawk who were peacefully protesting a golf course expansion that would desecrate their burial ground. Beans (played by Kiawentiio) lives with her caring parents played by Rainbow Dickerson and Joel Montgrand, and her little sister (Violah Beauvais) on the Mohawk reserve of Kahnawà:ke, Québec, where the two girls happily play in the woods. Unprepared for the racism and violence that the Oka Crisis brings, Beans decides to transform into her own kind of warrior. “I was Beans,” says Deer. Set to open theatrically in 2021, the 92-minute feature is the 25th feature to be developed and financed for production with the support of CFC Features, and will have its world premiere in TIFF’s Discovery programme. Its female crew includes Tracey Deer, producer Anne-Marie Gélinas, executive producers Justine Whyte and Meredith Vuchnich (also co-writer), DOP Marie Davignon and editor Sophie Farkas-Bolla. As recipient of the 2020 TIFF Emerging Talent Award, Deer will appear on the 2020 TIFF Tribute Awards broadcast Tuesday, Sept. 15, at 8:00 pm ET/PT on CTV.
Public Screenings:
Sunday – Sept. 13 – noon ET – Bell Lightbox #1
Sunday – Sept. 13 – 12:30 pm ET – Bell Lightbox #2
Tuesday – Sept. 15 – 6:00 pm ET– Bell Digital Cinema

Falling is a 112-minute Canada-UK-Denmark coproduction that was shot in Ontario with actor Viggo Mortensen making his feature debut as a writer/director. He is also a producer, costars in the movie and composed the music for Falling. It’s a dramatic father-son story that was selected to close the Sundance 2020 festival and made the Cannes 2020 list.  Short synopsis: John (play by Mortensen) lives in LA with his husband (Terry Chen) and their daughter (Gabby Velis).  His father Willis (Lance Henriksen) is a difficult man with old-guard ideas. Laura Linney plays his sister, Hannah Gross is also in it and look for a cameo appearance by David Cronenberg who worked with Mortensen in a number of his films.
Public Screenings:
Friday – Sept. 11 – 4:30 pm ET – Bell Lightbox #1
Sunday – Sept. 13 – 4:45 pm ET – Bell Lightbox #2
Thursday – Sept. 17 – 6:00 pm ET – Bell Digital Cinema

Actor turned-writer/director, Hannah Cheesman’s film Succor will have its World Premiere at TIFF 2020. Synopsis: Heartbroken after a bad breakup, Angie (Michaela Kurimsky) finds comfort in her best friend Abigail (Deragh Campbell), who helps her sign up for a dating app. Angie’s new online suitor, however, is not what he seems. This is Cheesman’s sixth Project. “Succor has been a career highlight — a marriage of creative minds between myself and fellow producer Coral Aiken,” said Cheesman.
Public Screenings – Short Cuts Programme 5:
Tuesday – Sept. 15 – 6:00 pm ET – Bell Digital Cinema

The animated short 4 North A with have its World Premiere at TIFF. It’s from the National Film Board of Canada and was directed by Jordan Canning and Howie Shia, and written by Jordan Canning. “The idea for 4 North A grew out of memories my mother told me about, of summers she’d spent on Amherst Island as a child. I was struck by the recurrence of animals and death in her descriptions and began connecting them to a story of her tending her father’s final days in the hospital. Later, as I too found myself providing care for a beloved partner, I started imagining what it might have been like if my mother and I had been strangers in the same ward, going through these painful experiences—alone, but together.” 4 North A will also screen at the Ottawa International Animation Festival (OIAF).
Public Screening – Short Cuts Programme 01:
Friday – Sept. 11 – 6:00 pm ET – online at Bell Digital Cinema 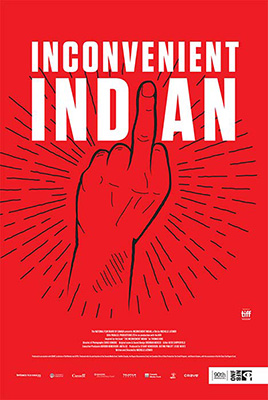 The NFB is also represented with the feature Inconvenient Indian from Michelle Latimer. Based on Thomas King’s award-winning 2012 study, “The Inconvenient Indian: A Curious Account of Native People in North America,” Latimer’s equally essential documentary examines the ongoing colonization of Indigenous peoples in North America. If early colonization depended on force, in more recent decades it has focused on Indigenous history, culture, and traditions. History has been wiped out or twisted to serve the absurd self-justifying fantasies of the colonizers; traditions, language, and religion have been systemically suppressed via state institutions, meaning current generations’ pursuit of their history is fraught with obstacles. Latimer brings these issues to the fore through a profoundly compelling array of techniques, including a voiceover by Thomas King. Inconvenient Indian is a coproduction from 90th Parallel Productions and National Film Board of Canada .
Public Screenings:
Saturday – September 12 – 4:45 pm ET – Tiff Bell Lightbox
Saturday, – September 12 – 5:15 pm ET – Tiff Bell Lightbox
Sunday – September 13 – 6:00 pm ET – Bell Digital Cinema
Thursday – September 17 – 4:45 m ET – Tiff Bell Lightbox 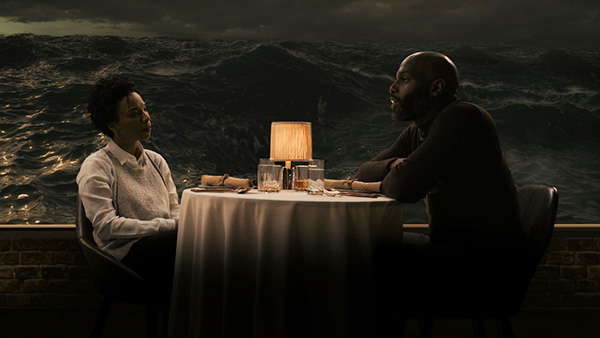 Sinking Ship, described as a “hyper-stylized look at a changing relationship between a man and a woman hitting their early forties,” is the debut short from Everyday, People partners Sasha Leigh Henry and Tania Thompson and co-producer Megan McCartney. The rom-com short will have its world premiere at TIFF 2020 and stars Jenny Brizard. It is directed by Sasha Leigh Henry and written by Tania Thompson.
Public Screening – Short Cuts Programme 5:
Tuesday – Sept. 15 – 6:00 pm ET – Bell Digital Cinema

David Findlay’s newest short film, Found Me will have its world premiere at TIFF 2020. Shot in Quebec City in the dead of winter, Found Me stars newcomer and director’s friend, Michel Poudrier plays Mitch and Nahéma Ricci is his girlfreind. Short synopsis: In his late twenties, Mitch, a socially-adjusted, stand-up guy is also a bit of an oddball. His life takes an unexpected turn when he unwittingly stumbles upon the underground world of amateur wrestling at the local community centre. Born in Québec City, David Findlay is a writer-director and Arts graduate of the University of British Columbia. This is a Canadian film with Paris-based production company Control Films as Associate Producers.
Public Screening – Short Cuts Programme 01
Friday – Sept. 11 – 6:00 pm ET – online at Bell Digital Cinema 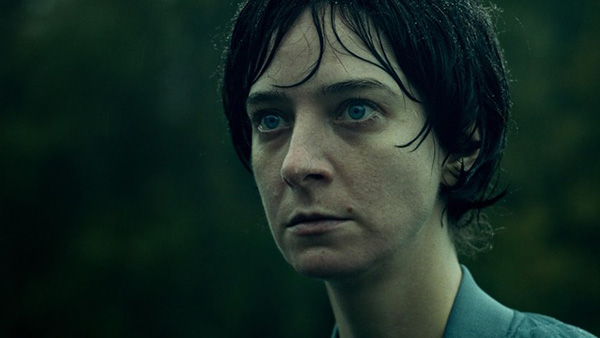 The feature Violation will screen as part of TIFF’s Midnight Madness programme. It’s all about secrets, carnality, violence, revenge and the merciless spell of the natural world that hovers over an ostensibly carefree family get-together. Described as a chilling and gruesome portrait of trust, loyalty, and sibling rivalry, this is the debut feature from writer-producer-directors Madeleine Sims-Fewer and Dusty Mancinelli. Sims-Fewer (pictured above) also puts in an uncompromising lead performance. Violation was produced with the participation of Telefilm Canada and the Talent Fund, Canada Council for the Arts, and the Ontario Arts Council.
Public Screenings:
Monday – September 14 – 9:00 pm ET – Tiff Bell Lightbox
Monday – September 14 – 9:30 pm ET – Tiff Bell Lightbox
Thursday – September 17 – 6:00 pm ET – online at Bell Digital Cinema

Meanwhile the Canadian Film Centre has something to crow about. There are 25 CFC alumni involved in 12 projects spanning a variety of TIFF programs, from Short Cuts to Galas; Primetime to Midnight Madness; Special Presentations to Discovery and TIFF Docs.   We’ll cover more Canadian features and shorts between now and opening day of the 45th annual Toronto International Film Festival, which takes place on-screen and through the TIFF Digital Cinema from September 10 to 19, 2020.

Making Queen of the Morning Calm