(August 22, 2016 – Toronto, ON) When the Toronto International Film Festival (TIFF) kicks off its 41st edition on September 8, more than 25 projects with 50 former Canadian Film Centre (CFC) students attached will be part of this year’s biggest film event in Canada.

While we won’t link to every name below, every name either attended the CFC to improve their skills and careers in film or television, or were part of a project produced, directed, written or scored by a Film Centre grad.

One small, or in this case short, example is the film Cleo. It was written and directed by Toronto/Serbia-based director Sanja Zivkovic, edited by Chris Mutton with an original score composed by Armen Bazarian and Casey Manierka-Quaile.

TIFF’s Galas and Special Presentations will especially spotlight CFC alumni in a number of feature length films. Just one example is the animated Window Horses, directed by Ann Marie Fleming and voiced by recent Order of Canada inductee Don McKellar. Then there’s the coming-of-age drama and Cannes hit Mean Dreams, executive-produced by Jonathan Bronfman, produced by William Woods and associate-produced by Courtney Bainbridge.

Gala headliner The Headhunter’s Calling was produced by Daniel Bekerman and the much buzzed-about Toronto-set Below Her Mouth, stars Natalie Krill. Maudie, penned by Sherry White, about one of Canada’s premier folk artist overcoming juvenile rheumatoid arthritis. And the late Carol Shields’ novel Unless comes to the screen, produced by CFC alumni Jennifer Kawaja and line-produced by Derek Rappaport.

Romeo and Juliet meets the Arctic in Two Lovers and a Bear, produced by Jonathan Bronfman with supervising producer Daniel Bekerman. Weirdos, the latest from Canada’s prolific director Bruce McDonald, produced by Marc Almon and Mike MacMillan, written by Daniel MacIvor and co-produced by Marc Tetreault.

Mariner, executive-produced by Jordana Aarons, with music and original score by Erica Procunier.

Shahzad, directed by Haya Waseem, who is currently in the Cineplex Entertainment Film Program Directors Lab.

The Smoke, produced by Jennifer Shin.

Your Mother and I, directed by Anna Maguire, produced by Kat Hidalgo, music and original score by Ben Fox, edited by Maureen Grant and starring Don McKellar.

In the festival’s documentary series, two Canadian films were directed by CFC alumni: Nicholas de Pencier’s Black Code and Brigitte Berman’s The River of My Dreams.

There are three films with CFC talent in the Discovery series, including Arq, edited by Kye Meechan and original score co-composed by Bryce Mitchell; Hello Destroyer, executive-produced by Trish Dolman; and the anticipated Jean of the Joneses – directed, produced and co-written by Stella Meghie and produced by Amos Adetuyi.

Finally CFC alumni Randall Okita, Reem Morsi and Slater Jewell-Kemker will be participants in the 2016 Talent Lab, and at Telefilm’s Canada Pitch This! finalists include Mary Goes Round, pitched by CFC alumni Matt Code and Molly McGlynn; The Art of Being Busy, pitched by Lauren Grant and Lauren Corber; and To Be Continued, pitched by Rob Grant, Luke Black and Mike MacMillan.

Northernstars.ca looks forward to adding all of these filmmakers to our ever-growing database and following their careers for years to come. Click here for a link to the Toronto International Film Festival and other September 2016 film festivals. 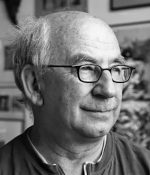 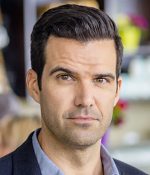 Dawn of The Driverless Car on CBC