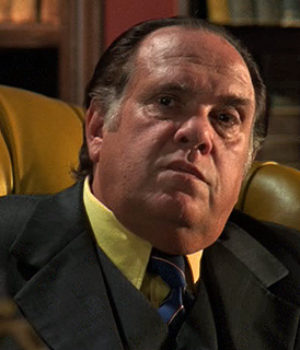 The affable face and pudgy frame of actor Maury Chaykin was one of the most recognizable faces in film. While many might have recognized his face, most probably didn’t know his name. With considerable talent, and the chameleon-like ability to play characters both timid and imposing, Chaykin racked up over 120 television and film roles during his more than 30-year career.

Born to a Canadian mother and American father in 1949, Chaykin was raised in Brooklyn, New York. While attending James Madison High School, he became enamoured with the theatre and went on to study drama at the University of Buffalo. There he founded an avant-garde theatre troupe called The Swampfox Theatre. In 1970, they crashed Toronto`s Festival of Underground Theatre and later gained accolades as the most original group at the Yale Drama Festival. Following his graduation, he moved to Toronto and worked in experimental theatre for a number of years, including Gimme Shelter and Leave It To Beaver Is Dead.

He won a role in an episode of the classic Canadian sitcom King of Kensington in 1978, and his first film role was in a television movie directed by his uncle, SCTV director George Bloomfield. Riel (1979) was a docudrama about Metis rebel leader Louis Riel, and featured among others, Christopher Plummer, William Shatner, Leslie Nielsen, Dave Thomas and Kenneth Welsh.

Suddenly, roles in both film and television were beginning to pour in for Chaykin, of increasing size and significance. He had small roles in Jimmy B. & Andre (1980), The Kidnapping of the President (1980), and two more of his uncle`s films, Nothing Personal (1980) and Double Negative (1980). In the television movies Just Jessie (1981) and The July Group (1981), Chaykin co-starred with Nicholas Campbell, and in Death Hunt (1981) he shared the big screen with action heroes Lee Marvin and Charles Bronson.

In 1982, he won the role of US Marshall Randall Jackson on the Gemini Award-winning, long-running series Seeing Things (1981-1987), appearing in four episodes over four years. He also appeared in the popular War Games (1983), with Matthew Broderick and Ally Sheedy, the drama Harry and Son (1984), with Paul Newman and Morgan Freeman, and the acclaimed Mrs. Soffel (1984) with Diane Keaton and Mel Gibson.

Chaykin was promoted to leading man status in Donald Brittain‘s Canada’s Sweetheart: The Saga of Hal C. Banks (1985). He gained universal accolades for 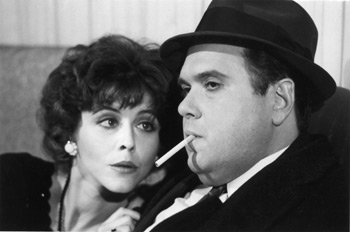 his portrayal of the American thug who led the country’s shipping union during the 1950s and 1960s. He continued to rack up role after role, averaging three or four projects a year. Most memorable of the second half of the 1980s are the HBO movie Act of Vengeance (1986), again alongside Charles Bronson, the acclaimed miniseries Race for the Bomb (1986), in which he played General Leslie Groves, the Curtis Hanson-directed The Bedroom Window (1987), the Genie-nominated short Future Block (1987), the Danny Devito/Arnold Schwarzenegger comedy Twins (1988), the action film Iron Eagle II (1989, for which he was nominated for a 1989 Genie Award for Supporting Actor) and the drama Cold Comfort (1989), which was nominated for Best Picture at the 1990 Genie Awards. Chaykin`s performance as a father who kidnaps a stranded businessman for his daughter`s 18th birthday was nominated for a Best Actor Genie as well.

The critical success of Cold Comfort brought him the opportunities to work with writer/director John Boorman and Uma Thurman in the 1990 comedy Where the Heart Is, and James Belushi and Michael Caine in Mr. Destiny (1990). He appeared in two episodes of the hit Canadian series Street Legal that same year but two of his highest profile roles were just around the corner.

In 1990, Chaykin appeared in the highly acclaimed, award-winning epic Dances with Wolves, which starred its director and producer, Kevin 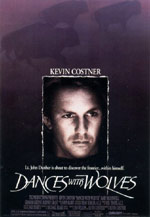 Costner. He stole the scene playing a deranged and suicidal Union officer who dispatches Costner`s Lieutenant Dunbar to a remote Western fort. The following year brought Chaykin a significant role in Atom Egoyan`s award-winning The Adjuster (1991), which featured the ensemble cast of Elias Koteas, Jennifer Dale, Arsinee Khanjian, Don McKellar and Gabrielle Rose. Next he appeared in 1991`s Montreal vu par…, made in celebration of the city`s 350th anniversary and featuring six mini-stories each directed by a different director, including Egoyan, Patricia Rozema, Léa Pool and Denys Arcand.

During the next three years, Chaykin appeared in 18 films and television movies, ranging from Hollywood features such as My Cousin Vinny (1992), Cutthroat Island (1995), Devil in a Blue Dress (1995) and Beethoven`s 2nd (1993) to acclaimed Canadian features such as Exotica (1994), Camilla (1994) and Whale Music (1994). Chaykin`s performance in Whale Music, as a reclusive former rock star (not unlike Beach Boys’ Brian Wilson) who spends his time composing music meant to attract whales, won him the Genie Award for Best Actor in 1994.

He continued to work steadily through the 1990s, appearing uncredited in the children`s movie Harriet the Spy (1996), in an unforgettable cameo in Love and Death on Long Island (1997), in one of his most memorable roles as a grieving father in Egoyan`s The Sweet Hereafter (1997), as a lovable backwoodsman in A Life Less Ordinary (1997), alongside Antonio Banderas and Anthony Hopkins in The Mask of Zorro (1998), with Sean Connery and Catherine Zeta-Jones in Entrapment (1999), with Russell Crow in Mystery, Alaska (1999) and in the adaptation of Mordecai Richler`s children`s classic Jacob Two Two Meets the Hooded Fang (1999), again directed by Bloomfield..

Chaykin also worked in a number of television series during the late 1990s. He appeared in Due South, Made in Canada, Tracy Takes On and Lexx, and won a 1998 Gemini for his guest appearance in Nikita. But most impressively, Chaykin was nearly unrecognizable as a biker inmate in the acclaimed, long-running HBO series Oz in 1998.

In 2000, he was cast as authour Rex Stout`s eccentric 300-pound detective, Nero Wolfe in The Golden Spiders: A Nero Wolfe Mystery (2000). The televison movie was so successful that a year later, A&E began airing the series A Nero Wolfe Mystery (2001–03), with Chaykin in the title role. Rabid fans of the novels were thrilled with the series, and the casting choice of Chaykin as their petulant hero, though some considered him too “svelte” to play the detective.

In 2002, he appeared as an over-eager radio show host, with Rebecca Jenkins and Daniel MacIvor, in the well-received romance Past Perfect (2002), and as a wise bookie, with Phillip Seymour Hoffman and John 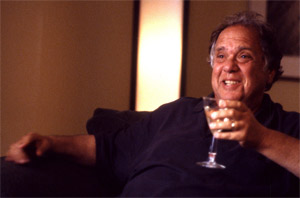 Hurt in the acclaimed Owning Mahowny (2003). He appeared in a John Woo-directed short film entitled The Hire: Hostage (2002) for the carmaker BMW, the short The Wet Season (2002), Dave Thomas`s feature Whitecoats (2003), Istvan Szabo`s Being Julia (2004) and Sugar (2004), which is based on a short story by controversial Canadian writer/director Bruce LaBruce. Chaykin was also seen playing the role of the Mayor (pictured below) in Daniel MacIvor’s acclaimed Wilby Wonderful (2004) and the powerful miniseries Sex Traffic (2004).

His next role was in the historical drama Heavens Fall (2005), which was based on the real life trial of two black men accused of rape in the Deep South during the 1930s. Chaykin also completed work on his third film for Egoyan. Titled Where the Truth Lies, he costarred alongside a diverse cast that included Kevin Bacon, Colin Firth, Arsinee Khanjian, Sean Cullen and Don McKellar.

As he moved toward his 60th birthday, Chaykin was cast to appear in Egoyan’s Adoration, and landed a lead role in the comedy series, Less Than Kind. Chaykin had more than 150 television and film credits to his name, but interestingly almost a third of those came in the just the last decade of his life, including some of his best work on the small screen (Nero Wolfe) and on the large screen as well.

This biography is Copyright © 2010 by Catherine Solmes and may not be reproduced without prior written permission. For more information about copyright, click here.