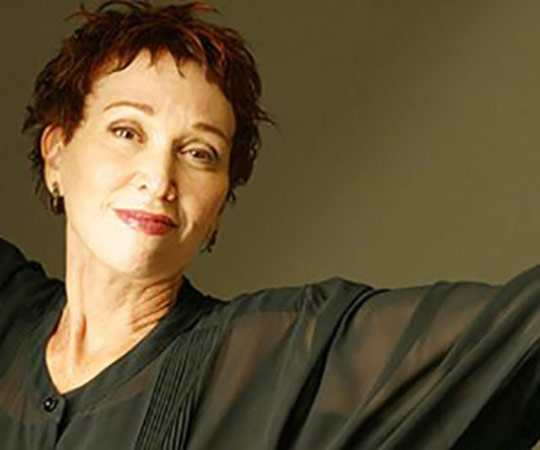 Babz Chula began life as Barbara Ellen Zuckerman in Massachusetts and grew up in the working-class neighbourhood of Jamaica, New York. Her early years were difficult because of the death of her father. When she was just a child, Larry Zuckerman, who was a mechanic and stock car driver, was killed in a race-track accident. He was only 27, and his wife, now a widow, just 24. Abby Zuckerman worked as a booking agent and moved her family to Los Angeles where there was the promise of more work in the entertainment industry. Babz or Babs, and sometimes Barbara, gravitated towards acting and singing, and won a scholarship to the California Institute of the Arts. Her voice remains one of her strongest assets and many of her television series credits show her using her voice in animated series.

Chula was a classic Baby Boomer. She grew up in that wonderful time of peace and love and the so-called “long-haired freaky people,” better known as hippies. On the strength of her voice, she returned to New York where she tried to carve out a career as a folk singer. But her mother and the West Coast counterculture were strong magnets, and she eventually returned to California. Later she would move to the Kootenays in British Columbia, and later still, in the early 1980s, hoping to restart her acting and singing career, she moved again. This time to Vancouver.

More than 20 years later, Chula had become one of Vancouver’s most experienced and sought-after actors. She was cast in everything from heart-wrenching dramas to absurdist theatre to light comedy. She played, with equal ease, frumpy mothers to vamps. She was a strong supporter of Canadian independent feature production. For example, very early in her acting career she appeared in what has become a Canadian classic, Sandy

Wilson’s My American Cousin (1985). In 1997, she played in Stacy Kirk’s Barbecue…A Love Story. Chula has also put her considerable talent into two of Bruce Sweeney’s award-winning features, Live Bait in 1995, and Dirty, released in 1998.

No one was really surprised when she was given a Gemini in 2001 for her work in the series These Arms of Mine. At the time it was the most recent in a string of awards, all of them richly deserved. For example, she won a B.C. Motion Pictures Association Leo Award in 1996 for her work in Robert Randall’s short film The Love Charm. She put her ample comedic gifts to work when she appeared in Nikos Theodosakis’ 1993 Genie Award-winning short The Date. In 1995, Vancouver’s Women in Film and Video honoured her with its first annual Artistic Achievement Award for her support of and success in the local film industry. And it’s not just in television or film that Chula was highly respected. An accomplished theatre actor, she won two B.C. Theatre Jessie Awards for her work on stage.

While the trend of Northernstars born in Canada is to move to the United States to find fame and fortune, a trend that will probably continue far into the future, it is nice to know that from time-to-time people like Babz Chula opted to call Canada home and was able to contribute so much to our entertainment industry.

The award-winning actress and singer was 63 when she died in Vancouver after a long battle with cancer.

This biography is Copyright © 2010 by Northernstars.ca and may not be reproduced without prior written consent. For more information about copyright, click here.