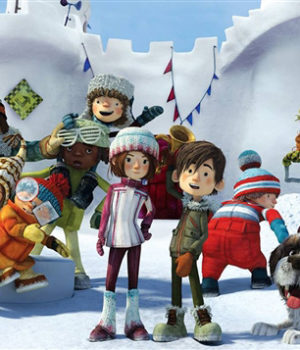 (April 7, 2016 – Toronto, ON) If you haven’t heard of it, the Tournée du cinéma québécois was created to improve access to Quebec-made films, and to facilitate dialogue between filmmakers and audiences across Canada. It takes place year round, and it’s coming to Toronto on April 16 and 17 in a joint initiative of the Cinéfranco festival and the Tournée du cinéma québécois, in partnership with the Alliance Française de Toronto. Six Quebec-made films will be screened with several cast and crew members in attendance, opening with the award-winning La Guerre des Tuques 3D on April 16.

“Cinéfranco, the international festival of French-language cinema, is delighted to welcome the Tournée du cinéma québécois for a second year and the inaugural edition of this new ‘Spécial Québec’ initiative on April 16 and 17,” said Marcelle Lean, Cinéfranco’s founder, executive director and artistic director. “This important collaboration enriches the already high quality of the program Cinéfranco presents to its audience of film enthusiasts, and reflects our mission of 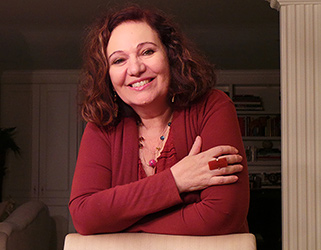 showcasing French-language cinema as a vehicle for learning, discovery and entertainment, in the process promoting the French language and ensuring the endurance of the cultural values of Canada’s francophone minority communities.”

“The Alliance française de Toronto is pleased to welcome Cinéfranco Spécial Québec, a promising partnership in connection with the initiative spearheaded by the Cinéfranco festival and the Tournée du Cinéma québécois. Our well-known Thursday film series, Ciné-jeudis – 40 free screenings throughout the year, with commentary from a film professional – continues to attract an ever-growing audience of movie lovers. This all-Quebec weekend will give us the chance to explore our passion for new cinema, promote Canada’s French-speaking communities and better serve the community,” said Thierry Lasserre, executive director of the Alliance française de Toronto.

On April 16, movie lovers are invited to the Alliance Française (24 Spadina Road, Toronto) at 11 a.m. for a special screening of La Guerre des Tuques 3D, winner of the Billet d’or Cineplex and the award for Best Sound Design at the Gala du cinéma québécois 2016. The film, by Jean-François Pouliot and François Brisson, revisits the beloved 1984 movie about a group of friends who decide, one Christmas, to wage a friendly war, leading to plenty of surprises and powerful emotions. At 6 p.m. there will be a screening of Les mauvaises herbes by Louis Bélanger, a comedy about marijuana growing, with actress Emmanuelle Lussier Martinez in attendance. Before the screening, at 5 p.m., a reception hosted by Cinéfranco, the Bureau du Québec à Toronto and the Alliance française will bring together audience members and artists from Quebec and Toronto.

At 8:15 p.m., filmmaker Carole Poliquin will present her documentary L’Empreinte, a nominee for Best Documentary Feature at the Gala du cinéma québécois. The film was co-directed by Yvan Dubuc. Denise Obomsawin, an Abenaki anthropologist, will also attend the screening of the film, in which actor Roy Dupuis meets a wide variety of people during a search for the aboriginal foundations of Québécois identity. The film will be preceded by a screening of the documentary Cafétéria, with director Francine Hébert in attendance. Cafétéria won the award for best Franco-Canadian film, presented by Unis TV, at the Rendez-vous du cinéma québécois in February.

On April 17 at 3 p.m., there will be a screening of the winner of the award for best Film at the Gala du cinéma québécois, La Passion d’Augustine by Léa Pool, set in a small Catholic convent in 1960s Quebec. Diane Lavallée, who won the award for best supporting actress, will attend the screening. The film will be followed at 5:30 p.m. by Là ou Attila passé, the story of a young Turkish man living in Quebec. Director Onur Karaman will be available for questions by videoconference after the screening.

For more information about programming and tickets, visit Cinéfranco’s website.

You Are What You Eat