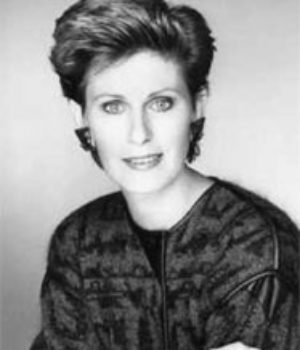 Susan Clark began life as Nora Golding and began her acting career when she was only 12-years-old in her hometown of Sarnia, Ontario, where she was born in 1940. When her family moved to Toronto, she became part of the cast at the Toronto Children`s Players Theatre. She made her professional debut at the age of 15 on stage in the musical Silk Stockings, which starred the veteran film actor Don Ameche.

However, Clark had her sights set on higher goals, and with a certain degree of determination she needled her parents until they relented and allowed her to study at the famed Royal Academy of Dramatic Arts in London, England. Two years later she was acting with an English repertory theatre group and found roles in a number of classical and modern plays. She made her debut on the London stage in Poor Bitos. The play and Clark received good reviews but news from home about her father, who had fallen ill, led her back to Canada.

Her acting career now on a solid professional footing, she auditioned for a CBC-TV production and was cast in the first of many dramas during the so-called “golden age” of television drama production. One such role, a production of Abelard and Heloise, led to an offer from Universal Studios that Clark accepted by signing an exclusive 10-year contract.

One of her first screen roles was opposite Richard Widmark in the powerful feature Madigan (1968), which also had a role for fellow Canadian Steve Ihnat. Next came Coogan’s Bluff (1968) with Clint Eastwood, Tell Them Willie Boy Is Here (1969) with Robert Redford, Valdez Is Coming (1971) with Burt Lancaster, Airport 1975 (1974) with Charlton Heston and Night Moves (1975) with Gene Hackman.

In an interview a number of years ago, Clark said she felt her best role had been that of “Babe” Didrikson Zaharias, the great Olympic gold medalist and pro golfer, in the made-for-television film Babe (1975). She won an Emmy award for the part and met future husband Alex Karras.

Clark received a second Emmy nomination for her work in the made-for-television Amelia Earhart (1976), then had starring roles in The North Avenue Irregulars (1978) for Walt Disney Studios and Canadian feature Murder by Decree (1979), which co-starred Donald Sutherland, Genevieve Bujold, James Mason and the great John Gielgud. She also had solid roles in Promises in the Dark (1979) with Marsha Mason, the popular comedy Porky`s (1981) and Double Negative (1982) with Anthony Perkins. Signed to the sitcom, Webster, Clark appeared in 150 episodes of the hit comedy, along with fellow Canadian Jack Kruschen, before it went off the air in 1988.

In 1996, Susan Clark was nominated for a Genie as Best Actress in the critically acclaimed movie Butterbox Babies, which she also produced, and most recently was in the series Emily of New Moon (1997–99).

With her film and TV career now largely, and unfortunately, behind her, Susan Clark has returned to the stage. Just a few of her US stage credits include roles in The Second Man and Sherlock Holmes at the Williamstown Playhouse, The Animal Kingdom and Amphitriyon 38 at the Mark Taper Forum, Macbeth for the Seattle Repertory Theatre, the West Coast premiere of Afterplay at The Pasadena Playhouse and the Canon Theatre, The Lion in Winter and The Vortex at the Walnut Street Theater, and The Sisters Rosensweig at the George Street Playhouse in New Jersey. In 2006 she appeared at the Manitoba Theatre Centre in the Warehouse production of The Retreat from Moscow, and in the 2007 Mainstage production of The Importance of Being Earnest.

This biography is Copyright © 2000 by Ralph Lucas and may not be reproduced without prior written permission. For more information about copyright, click here.