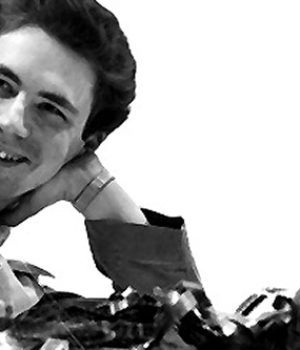 (February 16, 2016 – Toronto, ON) There is a controversy in Québec right now and in the highest ranks of the province’s filmmaking community. A biography is due to be published this week, and author Yves Lever makes the claim that renowned and revered filmmaker Claude Jutra was attracted to underage boys. In the brief, five page revelation, Lever writes that there was at least one victim under the age of 14. In short, the book states that Jutra was a pedophile.

The assumption that he liked boys is not new. When Northernstars contributor Maurie Alioff wrote a review of Paule Baillargeon’s documentary Claude Jutra: Portrait sur film for Take One Magazine, in his very first paragraph he wrote, “Baillargeon confronts the turbulent messiness of Jutra’s private world. “Who was this man born in the spotlight, and yet full of shadows?” she asks in the narration she voices herself.”

He goes on to revisit Jutra’s debut 1963 feature, À tout prendre. Alioff writes, “A wired, kinetic improvisation, the quasi–autobiographical movie shows Jutra racing around Montreal, trying to exorcise his demons and stabilize his identity. At the movie’s heart is his real–life affair with Johanne Herelle, a Haitian model who cajoles him into acknowledging to himself that he “likes boys.”

In the ’60s liking boys would have been a big problem. Now, I believe, no one cares. But liking children is another matter and one of Québec’s and Canada’s largest stars may not survive the fallout if the truth behind the accusation is revealed.   There have been many career and life failures in the film industry. The only reason they make headlines is that the people involved are very often huge stars of their time. Roscoe “Fatty” Arbuckle comes to mind as does Mary Astor and more recently Roman Polanski, who to this day dare not enter the United States for fear of being arrested for the alleged rape of a 13-year-old in 1977. And even more recently, the trial of former CBC radio star Jian Ghomeshi.

But none of them hold in the public’s mind the place that Claude Jutra enjoys inside and outside Québec. The Academy of Canadian Cinema and Television awards an annual prize in his name to the director of a first feature film. In Quebec, their film and TV awards are called The Jutras in his honour. It should be remembered that the star system has been alive and well in Québec for decades. Stars achieve a level of recognition and honour filmmakers in the rest of the country must surely envy. While in TROC (the rest of Canada) actors, directors and screenwriters may become “renowned” for their body of work and list of accomplishments, in Québec they would be worshipped.

I missed most of Jutra’s career. A little too young to be paying attention in the early 1960s, I left Montreal in 1968 and left Canada in 1973 and when I got back I first worked as a writer in advertising. By time I was back in radio in 1976 the world as we knew it in Québec was about to shift with the election of the Parti Québecois that year. Anyone working in news, as I was, wasn’t paying too much attention to what was happening in the movies. That would change when I put that stage of my career behind me in 1977.

Jutra has been dead since 1986, taking his own life when he realized he was in the early stages of Alzheimer’s disease. He was 56. He isn’t here to defend himself and it is possible that his actions are indefensible. If some proof comes to light, and that means a then underage boy will have to come forward, then we will have to reevaluate Jutra’s place in history.

This news forces us to confront ourselves. Can we separate a man’s professional accomplishments from his personal life? Are events that are at least 30 years old and probably much older beyond some invisible statute of limitations? Can we endure the fact that despite attaining some level of success we are all human and we all have some degree of human failing? Or, is this just the march of time and a consequence of fame?

Exposés sell well and there always seems to be a voracious public waiting to destroy what they once worshipped. I hate it that we are placed in a “wait and see” position by an author who decided to reveal this news yet not provide any confirmation except his word that what he has written is true. The consequences?

In Québec some are saying the name Jutra should be dropped from the awards. Quebec Cinema, the organization behind the annual award ceremony stated in a media release Monday afternoon, they have formed a committee to determine how to handle the situation. The awards show is scheduled for March 20.   Finally, Hélène David, Québec Minister of Culture and Communications called the allegations troubling but said people should not rush to judgment without all the facts. I agree.

And in the meantime a man’s life and lifework twists in the wind.

Ralph Lucas is the Founder and Publisher of Northernstars.ca He began writing abot film while in radio in Montreal in the mid-1970s.