Home News Closet Monster Wins at Inside Out 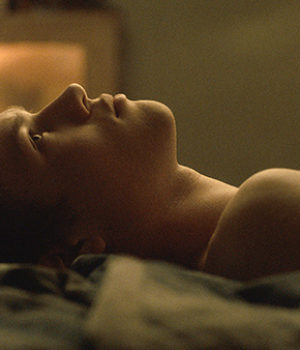 (June 7, 2016 – Toronto, ON) The 2016 Inside Out Toronto LGBT Film Festival has wrapped and can be justifiably proud with this year’s effort which saw a six percent increase in attendance over last year. The 26th edition of the Festival wrapped its 11-day run at TIFF Bell Lightbox on Sunday and celebrated with an Awards Brunch at the TIFF Lounge to recognize this year’s award recipients.

Highlights of those films honoured include audience favourite and winner of Best Narrative Feature, Angry Indian Goddesses (India); the winner of the Best Canadian Feature, Closet Monster; and Spa Night (USA) which was selected by the international jury as the winner of the Bill Sherwood Award for Best First Feature. This year’s Festival also marked the inaugural Inside Out BravoFACT Pitch Competition. The $50,000 prize was won by Kyle Reaume for What About Shelley.

Following is the complete list of winners at the 26th annual Inside Out Toronto LGBT Film Festival:

Best Short Film Award:
OH-BE-JOYFUL (UK), directed by Susan Jacobson
Sponsored by Michael Leshner and Michael Stark (in honour of Mikey/Schmikey), this $1,500 cash award is presented to a short film under 50 minutes in length.

Emerging Canadian Artist Award:
PYOTR 495, directed by Blake Mawson
Sponsored by RBC Royal Bank, this $2,500 cash award funded by the presenting sponsor is awarded to an emerging Canadian filmmaker who is in the early stages of his or her career. The recipient must have directed no more than two fiction narrative short films, or no more than one fiction narrative feature-length film.

Named in honour of the gay American film director, who stepped boldly onto the international film stage in 1986 with his first feature, Parting Glances, this $2,500 cash award is an international prize presented to a first time feature director.

This year marks the inaugural Inside Out BravoFACT Pitch Competition. Five teams were selected to pitch their short narrative film projects in front of a jury of industry experts and a live audience at this year’s Festival. The winning team is presented a cash prize of $50,000 from BravoFACT to complete the project and it will screen at the 2017 Inside Out Toronto LGBT Film Festival.

BravoFACT Pitch Competition Winner:
WHAT ABOUT SHELLEY, by Kyle Reaume