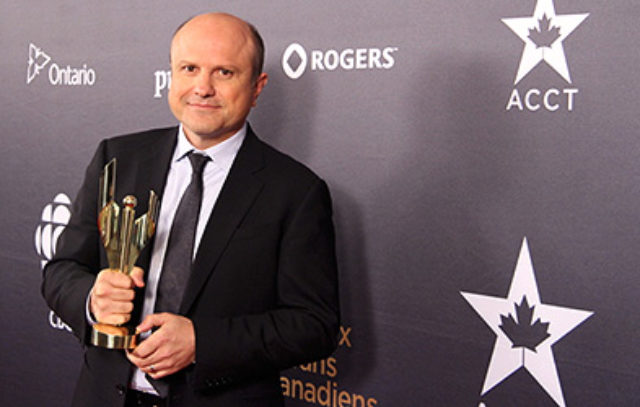 (2014, Toronto, Ontario) Born in Toronto, Enrico Colantoni is the youngest of two sons of an Italian immigrant worker and his homemaker wife. It was his older brother who provided the inspiration for him to go into acting, and it happened the way it does for so many budding actors – at a high school play. Colantoni wasn’t on stage, but his older brother was, and Enrico clearly enjoyed what he saw. Years later, when he was safely enrolled in such courses as psychology and sociology at the University of Toronto, he signed up to take drama as an elective course and discovered a talent he never knew he had. His brother, by the way, went on to become a member of Toronto’s police force.

Colantoni wasn’t the only person to recognize he had a special talent for acting. A drama teacher urged him to seriously consider a career as an actor. He heeded that advice and quit school to go to New York City, where he studied at the American Academy of Dramatic Arts for three years. Almost immediately people around him began to recognize that he had something special. He was given a Princess Grace Scholarship and was presented with the Charles Jehlinger Award. Moving on, Colantoni graduated from the Yale School of Drama. While there he had appeared in the Yale Repertory production of Hamlet and received the school’s prestigious Carol Dye Award.

His theatre credits include appearances in The Merry Wives of Windsor at the New York Shakespeare Festival’s Delacorte Theater in Central Park, Arabian Nights at the Manhattan Theater Club and The Triumph of Love at the Guthrie Theater. He traveled to the West Coast when he was cast as Renfield in the San Diego`s Old Globe Theater production of Dracula. Something about the sunshine and warmth of California echoed in Colantoni. Perhaps it reminded him of stories his father had told about Italy. Whatever the reason, he set a goal of living in California and he now makes his home in Los Angeles.

Colantoni co-starred for two seasons on Hope & Gloria as Gloria’s lovable but unenlightened ex-husband, Louis. His guest-starring credits include NBC’s Law & Order, NYPD Blue and New York Undercover. He starred in the cable television movie A Member of the Wedding with Alfre Woodard and Anna Paquin and in the NBC made-for-television 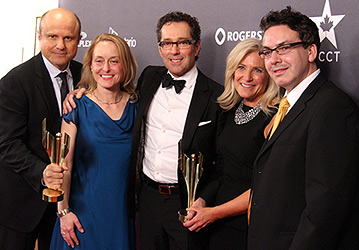 movie Cloned. Colantoni appeared in the feature films Bigger Fish, Albino Alligator, The Money Train and The Wrong Guy, with Dave Foley. His role as the alien Mathesar in Galaxy Quest was truly brilliant.

In 2009 Colantoni was given a Gemini Award for Best Actor in a Drama for his work in the series Flashpoint, which also won for Best Drama. The series wrapped in 2012, one of the most popular and success series every produced in Canada, it found a home on networks around the world. After the series had finished its long, successful run it was honoured with an inaugural Canadian Screen Award as Best Dramatic Series in 2013. The series can still be seen thanks to ongoing syndication, more than 10 years after production ceased.

As a writer and director, Colantoni has made two shorts, The Bike and Issues (which he co-wrote and co-directed with Hugh Dillon), the latter premiered at the Toronto International Film Festival in 2011. And it all started thanks to a high school play.

This biography is Copyright © 2014 by Ralph Lucas and may not be reproduced without prior written consent. For more information about copyright, click here.