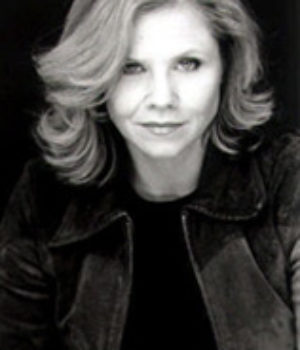 (March 7, 2008 – Toronto, Ontario) — Passionate. It’s perhaps the best word to describe Leslie Ann Coles, founder and driving force behind the Female Eye Film Festival, which launches its sixth edition on Thursday, March 27 in Toronto. Passionate about film, about dance, about helping others less fortunate than herself – about life itself.

Born in North Bay and brought up in Scarborough, Coles studied at George Brown College and York University, where she completed a double major in dance and movement therapy. Dancing since the age of five, she spent 18 years professionally as a dancer and choreographer before she got bitten by the acting bug and became a full ACTRA member in 1998. From there it was a short step to behind the camera, and in 2000 she wrote, directed and starred in her first short, the 42-minute In the Refrigerator: Spirit of a Haunted Dancer. It was screened in more than 35 film festivals around the world and garnered multiple awards. Next she wrote, produced and directed Alice Smithee, Portrait of an Independent Filmmaker (2003), and she is currently finishing work on Should Have Been There, a feature documentary on Barrie Wentzell, the official photographer for Melody Maker – the British rock bible – from 1965 to 1975.

Travelling the festival circuit with In the Refrigerator, Coles was struck by the fact that women are still in the minority when it comes to directing films. “At its core, [filmmaking] is still an old boys club. There are a lot of women working in the industry, but they have to fight like hell to get the financing to make their films.” To even the playing field, she decided to do something about it and launched the Female Eye Film Festival in 2001. “The festival is not about films for women, but by them,” she says.

And what better way to emphasize the point then to open this year’s festival with Kari Skogland’s adaptation of Margaret Laurence’s The Stone Angel, featuring one of the greatest female protagonists in Canadian literature, that feisty firecracker

Hagar Shipley. Skogland not only directed the film but also wrote the script and had a hand in producing it as well. The Stone Angel stars the American Oscar-winning actress Ellen Burstyn as the elderly Shipley, with a strong supporting cast of Canadians, including Oscar-nominee Ellen Page, Kevin Zegers, Sheila McCarthy and Luke Kirby.

Coles has managed to pack in great deal of activity over the four days of the festival`s run at the Canada Square Cinemas. There are panel discussions such as Book to Film: The Art of Adaptation featuring Ms. Skogland, an Industry Panel Discussion moderated by Paula Albarca, a Script Readings Series and a Director`s Panel Discussion. Screenings include a Toronto Filmmakers Series, featuring shorts by half-a-dozen Toronto women, a Young Filmmakers Program, International Shorts and a Canadian Documentary Program. Film highlights include Sharon McGowan’s The Oldest Basketball Team in the World from Vancouver, Shamin Sarif’s The World Unseen from South Africa, featuring Canadian star Lisa Ray, and a special late-night tribute screening of Lindalee Tracey’s The Anatomy of Burlesque, Saturday, March 20. Ms. Tracey, the much-loved wife of documentary filmmaker Peter Raymont, passed away last year from breast cancer.

In past years, select films showcased at Female Eye have been presented at the United Nations by Coles, who looks forward to returning to New York this year to present a selection of films in honour of International Women`s Day. A social activist, Leslie-Ann Coles is firmly committed to outreach programs associated with the festival, and in her spare time she volunteers at women’s shelters. As she told an online interviewer just recently, “You just have to do it. Life is short but wide [and you must] follow whatever is closest to your heart.”