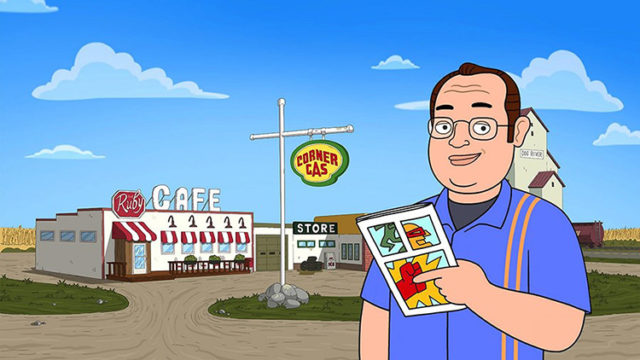 (March 22, 2018 – Toronto, ON) It was the tiny Saskatchewan community most viewers wished they could move to, even if they couldn’t spell Saskatchewan, or pronounce it. It was Dog River and you can’t find it on a map because it never existed. Yet, legion of fans dutifully showed up to watch the hit comedy show, Corner Gas, which was set in the fictional town. Adding some sense of reality to the non-existent, tiny town, Corner Gas was said to be the only gas station for some 60 kilometres in any direction. The series went on to run for six seasons, 107 episodes, winning six Gemini awards. It had reached into the hearts of all who 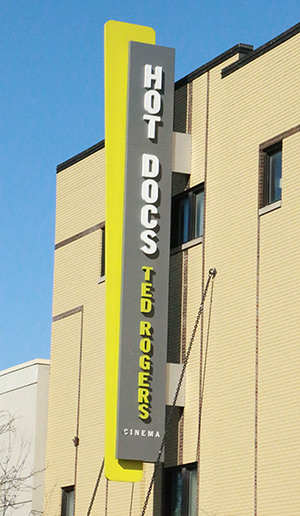 watched series star Brent Butt and the rest of the cast to such an extent that the Premier of Saskatchewan, Brad Wall, proclaimed April 13, 2009, the day the last episode was broadcast as “Corner Gas Day” in Saskatchewan.

As a measure of the show’s popularity, beginning from its very first broadcast in January of 2004, Corner Gas maintained an audience of more than a million viewers for all 107 episodes of the series. Naturally it went into syndication and there was a feature-length movie in 2014. Now, reaching some new plateau for a Canadian show, the cast returns to offer their voices to a new series, Corner Gas Animated, which will have its premiere on April 2 on The Comedy Network.

But before that, on Thursday, March 29 at 7:00 PM to be precise, Toronto fans are in for a very special treat when the Hot Docs Ted Rogers Cinema plays host to Brent Butt and the rest of the cast for a one-of-a-kind live event. Ticket holders will be able to watch the cast go through a live reading from one of the scripts. This will be followed by a world-exclusive sneak preview of the much anticipated series, and then a Q&A session with the actors.

It’s a great opportunity to show your love for the original series, the characters and the people who played the people of Dog River, Saskatchewan. Click here for tickets and more information.