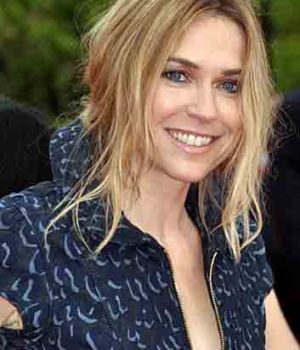 Origionally driven equally by fear and fate, Marie-Josée Croze’s career as an actress has been blossoming over the past many years. She has made a startlingly successful career out of trusting her instincts and allowing herself to grow personally as well as professionally. Acting in her native Québec since the early 1990s, Croze got her first big break when she was offered the lead in the 1998 French-language short HLA Indentique by Québecois indie director Thomas Briat.

Born on February 23, 1970, in Montréal, Croze had a difficult childhood. Adopted at the age of three, she grew up in a troubled home, with an alcoholic father and a depressive and suicidal mother. As a result, she became a dark and angry teen who considered herself a victim and who contemplated suicide herself in her early 20s. Not so surprisingly, her self-loathing outlook led her to choosing a career path that ensures a great deal of rejection and failure to all but the very lucky.

Up until 1998, she appeared in a number of film and television projects, including the short-lived series Chambres en ville (1990), Montreal P.Q. (1992) and Le Masque (1997), television movies such as Le Choix (1991) and Zelda (1993) and the films La Postière (1992) and La Florida (1993). But when Briat offered her the lead in his short film, it was a turning point in her life. His belief in her led to her decision to believe in herself and in people. She threw herself into her work, and soon was being offered roles outside of the French-Canadian film industry.

Her acting ability and classic beauty brought her roles in English-language films such as the Richard Greico made-for-television movie Captive (1998) and alongside Tom McCamus and Paul Gross in Murder Most Likely (1999).

In 2000, she was cast opposite John Travolta in the sci-fi apocalyptic Battlefield Earth, which was filmed in Montreal, but when the producers wanted her to lose her French-Canadian accent, she turned down them down and walked away. For the duration of the shoot, which took over most of the downtown McGill University campus, and until the film’s opening weekend, Croze worried if she had made the biggest mistake in her career. Then the film bombed, and quickly earned the distinction of one of the worst films ever made, and she realized that she hadn’t made a mistake afterall.

In fact, that same year she would make a film that would catapult her into the public eye in a much different way than Battlefield Earth would have. That film was Maelström (2000). 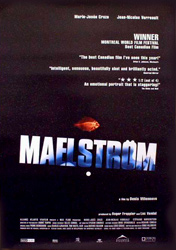 Written and directed by Denis Villeneuve, the bizarre and wonderful Maelström is narrated by a talking fish and tells the story of a rich, troubled young woman who kills a man in a hit-and-run accident and ends up falling in love with his son.

Initially, Croze was too afraid to show up at the first round of auditions for the film’s lead. She worried about having the responsibility of a lead role in a film by a director who was so well respected. She worried about ruining the film, and if not ruining his career, then at least being responsible for the dark spot on his resume. She managed to overcome her fear, appeared at the second round of auditions, and eventually won the role. In the end, she had nothing to worry about.

She followed up her role in Maelström with leads in the French films Des chien dans la neige (2002) and Karim Hussain’s Ascension (2002).

The year 2002 also brought her the opportunity to play the troubled Celia in the critically acclaimed Ararat. Director/writer Atom Egoyan cast her after seeing her performance in Maelström.

It was because she overcame her fear about doing Maelström that Croze was able to accept Egoyan’s offer to appear in Ararat. Her assurance surprised her considering how intimidated she felt about working with Egoyan, one of the world’s most acclaimed directors.

Ararat became a critical darling and was nominated for many awards.

She followed it by signing on to work with another acclaimed Canadian filmmaker, Denys Arcand in Les invasions barbares(2003). The film was a sequel of sorts to his award-winning Le déclin de l’empire américain (1986). It’s a charming and clever comedy that tells the story of a dying man named Remy whose family gathers around him during his last days. Croze was cast as Nathalie, a drug addict, who becomes one of Remy’s caregivers, and who may have fewer days to live than he does.

Nathalie’s story was so compelling that she won the Best Actress Award at the 2003 Cannes Film Festival, beating out Hollywood heavyweight Nicole Kidman.

Croze appeared in Cube, as well as director Vincenzo Natali’s inventive comedy Nothing (2003) with David Hewlitt and Gordon Pinsent. Nothing received strong reviews at the 2003 Toronto International Film Festival. Croze also appeared in Laurent Tirard’s Mensonges et trahisons et plus si affinités and Laurence Ferreira Barbosa’s Ordo, both released in 2004. She had a small part as a Dutch assassin in Steven Spielberg’s Munich (2005), and in 2006 she had starring roles in Les Oiseaux du ciel, Le Mémoire des autres and Ne le dis à personne.

Marie-Josée Croze is now officially a major player in the Canadian film industry and no longer has to fight her irrational fears in order to work.