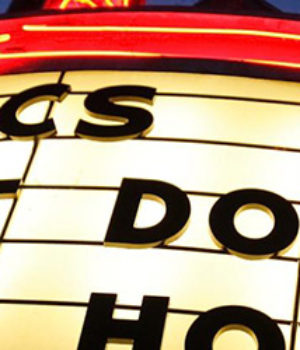 (September 22, 2015 – Toronto, ON) The Bloor Hot Docs Cinema has announced the Curious Minds Morning Speaker Series. This new program launches in October with two exciting courses: Food for Thought—Inside the Minds of Great Chefs, featuring six top Toronto food writers and their favourite chefs; and Toronto on Film, a journey through the rich cinematic history of Toronto led by renowned film writer Geoff Pevere (The Globe and Mail).

Both courses will provide opportunities for participants to converse with some of the city’s leading cultural voices, including filmmaker Bruce McDonald, award-winning authors David Sax and Mark Schatzker, and internationally-acclaimed chefs like Roger Mooking and Bonnie Stern.

Course Topics
October 8: The City as Movie, the City as Myth
October 15: Toronto: The Lost City
October 22: Dressing the Strip: Toronto and Its Landmarks
October 29: Coming Out: How Toronto Went From Dressing Up in Drag to Playing Itself
November 5: The City Interpreted: Bruce McDonald’s Toronto (with Bruce McDonald)
November 12: The Non-Fiction City: Toronto’s Documentary Legacy

News from The Northernstars Collection & More