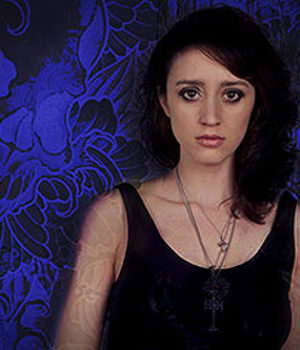 (May 19, 2015 – Winnipeg, MA) Celebrated author Francesca Lia Block has teamed up with award-winning filmmaker Danishka Esterhazy. Together, they are adapting Block’s short story Bones from her L.A. Times bestseller The Rose and the Beast. Inspired by the fable of Bluebeard, the short film will be called The Singing Bones and tells the story of a young woman who attends the party of a famous rock producer named Derrick Blue. Over the course of one evening, through seduction, confession and battle, both their worlds are changed forever. The Singing Bones is a modern fairy tale carefully revised to empower and give its young female protagonist a voice.

To get the film made, producers Red Czarina Entertainment have launched an Indiegogo campaign to fund the production. ““Our goals are modest,” said producer Bianca Beyrouti. “We need $12,000 to pay for locations, actors, costumes, hair/makeup and set decoration.” The volunteer crew will be members of the San Francisco film cooperative Scary Cow. 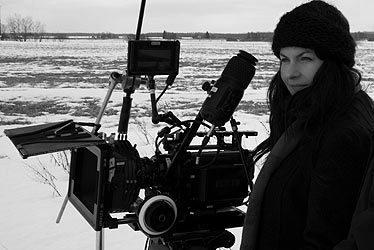 “I’ve been a fan of Francesca’s writing for many years,” said director Danishka Esterhazy (pictured). “I love the worlds that she creates in her stories. They are so vibrant and lush – filled with unforgettable heart-break and hard learned lessons.”

““What I love about Danishka’s work,” said Block, who writes fiction, short stories, screenplays and poetry, “is that her films are very dreamy and romantic but at the same time they have a dark and thrilling quality. Her characters are complex and empowered women.”

“When I heard that Francesca and Danishka were talking about collaborating, about making a film together, I thought — this is a match made in heaven,” said producer Rebecca Gibson. Producer Ashley Hirt added, “Both Francesca and Danishka are known for their female-driven stories and their lush imagery. Their work just naturally fits. That is why we are so excited to help bring these two artists together.”