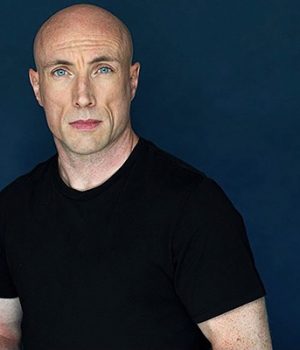 There are a number of truisms about only children. For example, they often invent invisible friends to play with and they often grow up to become actors. Obviously, there`s some connection with developing an imagination at an early age and responding to imaginary pals who are, essentially, characters in the play of real life. So it came as no surprise that Mark Day is the only child of Eugene and Patricia Day. Day’s love for acting began at a very young age, performing in school theatre and local community theatre. At 14-years-old, he was offered a job at the local radio station, CIGO, and became an on-air announcer, one of the youngest to ever work behind the microphone.

It was during his time in high school that Day discovered his love of filmmaking and acting. Following high school, he enrolled in the Theatre Program at Acadia University and then moved to Halifax to pursue a career in acting. On his first audition he was cast in his feature-film debut as a rugged young fisherman in 2000’s Deeply, which starred Kirsten Dunst. The young actor also caught the attention of director Rod Holcomb, who cast him in the Sissy Spacek feature, Songs in Ordinary Time. He next appeared as a young American sailor in A Glimpse of Hell, which was based on a true story and starred James Caan.

Other film roles followed, including the pivotal part as a young priest in Agnieszka Holland’s Julie Walking Home. He also appeared opposite Michelle Williams in the 2003 feature, A Hole in One. While in the middle of filming in Dartmouth, Nova Scotia, Day received a phone call from his friend Dax Ravina, who mentioned that Jay Dahl, a young director from Halifax, was looking for another lead in his film Backjumping. After a brief conversation and a meeting with Dahl, Day was cast opposite Ravina and the rest is history. The film screened at over 30 festivals around the world including the London International Film Festival. It quickly became a festival favourite across Canada, winning three Best Canadian Film awards. It was also selected to open for My Big Fat Greek Wedding at the 2003 Canadian Comedy Awards. In the fall of 2004, Dahl, Ravina and Day reunited to film Boyclops, the story of a young teenager dealing with his day-to-day problems including his biggest, the fact that he was a cyclops. Boyclops premiered at the prestigious Toronto International Film Festival in 2004.

In the fall of 2004, Day was cast as a young, up-and-coming Canadian actor in Gerald L’Ecuyer’s critically acclaimed Showcase comedy It’s Me Gerald. In September of 2005, he went back to Halifax to shoot a lead role in Cheap Draft, a comedy pilot for the CBC, and in 2006 he appeared the CBC mini-series October 1970.

This biography is Copyright © 2006 and may not be reproduced without written permission. For more information about copyright, click here.