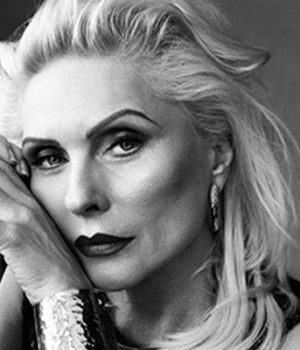 (February 16, 2016 – Ottawa, Ontario) Before you jump to conclusions, no, Deborah Harry is not in Ottawa to meet Prime Minister Trudeau. She’s there to work, joining Golden Globe® Winner Ruth Wilson (The Affair, Saving Mr. Banks), Academy Award® Nominee Bob Balaban (The Grand Budapest Hotel, Moonrise Kingdom), and recent Sundance breakout Lucy Boynton (Sing Street, February), in the production I Am the Pretty Thing That Lives in the House, which is scheduled to start production in Ottawa today.

I Am the Pretty Thing That Lives in the House follows Lily (Wilson), a young nurse hired to care for Iris Blum (Deborah Harry), a reclusive best-selling author of horror and crime stories who has chosen to live out her final days in her beloved 19th century farmhouse in Massachusetts – a home that holds a horrific ghost story of its own that inspired her most famous book. Netflix will be the exclusive streaming home of the thriller, which Osgood Perkins wrote and will be directing.

Rob Paris’ Paris Film, Inc. is producing and co-financing I Am the Pretty Thing That Lives in the House through the recently announced venture with Robert Menzies’s Ottawa-based production shingle Zed Filmworks, and Canadian real estate developer Alphonse Ghossein’s Go Insane Films. Paris and Menzies are producing and Ghossein is executive producing.

The film marks Perkins’ second project with Paris Film, Inc., Zed Filmworks and Go Insane Films following their successful collaboration on February, directed by Perkins and starring Emma Roberts, Kiernan Shipka and Lucy Boyton, which was acquired in the U.S. by A24 following the critically acclaimed premiere at the Toronto International Film Festival.

Debbie or Deborah Harry costarred in David Cronenberg’s 1983 film, Videodrome. She is represented by Untitled Entertainment.