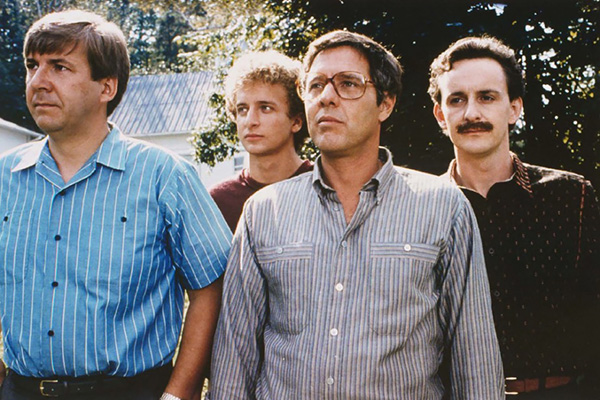 Le déclin de l’empire américain was the first Québecois film to fully stake out a cinematic claim on the modern world. In the manner of Return of the Secaucus Seven (1980) and The Big Chill (1983), Le Declin assembles a gaggle of privileged academics who are socially and amorously involved with one another. Very much in the style of a classic French farce, the first act intercuts women working out in a lavish gymnasium, while talking about sex, with men preparing dinner in a luxurious chalet in the Eastern Townships, while talking about sex. A performance piece throughout, the film delights through the dexterity of the acting and the wit of the dialogue. With the second act, however, when the women arrive at the chalet, the tone of the film migrates from the carefree ebullience of La Regie du jeu (1939) to the wounded thoughtfulness of Through a Glass Darkly (1961). For what is declining in this film, finally, is the ability of the Québecois privileged classes to believe any longer in cultural sovereignty, reducing them to the compensatory pleasures of food and sex – thus paving tile way, 17 years later, for Arcand’s depoliticized Les Invasions barbares (2003)

This brief review by Peter Harcourt originally appeared in Take One Magazine. Northernstars.ca acquired the archives of Take One in 2007.

John And The Missus