(October 27, 2020 – Toronto, ON) Deepa Mehta’s new film, Funny Boy will be broadcast by CBC TV and their free CBC Gem streaming service on Friday, December 4. Mark your calendars because the award-winning writer-director always brings her best to any project she’s involved in.

Based on the evocative 1994 coming-of-age novel by Shyam Selvadurai and shot on location, the story is set in Sri Lanka in the 1970s and ‘80s and focuses on a young boy named Arjie who is coming to terms with his homosexuality against the backdrop of the increased tensions between Tamil and Sinhalese people before the breakout of the Sri Lankan Civil War. The screenplay was co-written by Mehta and Selvadurai. 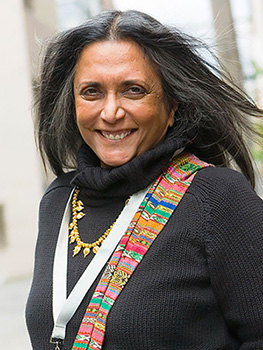 “My mantra as a filmmaker has always been what one of the great filmmakers of all times, Luis Buñuel, said: ‘When a film is particular, that’s the very minute it becomes universal.’ Funny Boy, set on the island of Sri Lanka in the middle of its long and bloody civil war, is also a film about the power of love,” said Mehta. “In many ways, Funny Boy reflects the times of divisiveness we are living in today, where the call for a just society, a call for humanity is what we are all striving for.”

The book was the winner of the WH Smith Books/Books in Canada First Novel Award (1995) and the Lambda Award for Best Gay Men’s Fiction (1997). It was also shortlisted for the Giller Prize (1994) and named an American Library Association Notable Book (1996).

Funny Boy will be broadcast on CBC TV and the free CBC Gem streaming service on Friday, December 4 at 8 p.m. (8:30 NT). and will be available to stream on-demand in Canada on CBC Gem following its December 4 broadcast. It will premiere on Netflix outside of Canada on Thursday, December 10. Funny Boy was made possible with the support of CBC Films, Telefilm Canada and Ontario Creates.

UPDATED: October 29, 2020: Telefilm Canada has announced that Funny Boy has been selected to represent Canada in the race for Best International Feature Film at the 93rd Academy Awards ceremony, taking place on April 25, 2021.