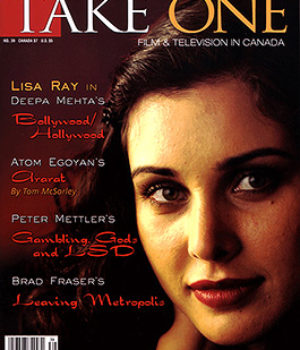 Talented Ottawa filmmaker Korbett Matthews comes perilously close to over-aestheticizing his powerful subject matter in this visually and aurally stunning documentary about Cambodia. Close, but not quite.

His film is an examination of the mass murder committed by Khmer Rouge revolutionaries between 1975 and 1979. Returning to the now empty Tuol Sleung Prison, where thousands perished, Matthews’ camera searches through its absences and evokes echoes of its past horrors. Skillfully interweaving vivid moving images with montages of the black and white photos taken by the Khmer Rouge of their victims, Matthews constructs an eerie, haunting tone poem about an atrocious period and place. The film explains how the Khmer Rouge attempted to deny their victims an afterlife. The slaughtered were buried in mass graves near the ‘killing fields,’ and not cremated as is normal Buddhist practice; as a result, they were denied their faith’s promise of reincarnation.

Beyond illuminating the obvious paradoxes represented by the Khmer Rouge’s photographs, Matthews’ film constitutes a sincere attempt to create a modest form of cinematic remembrance, perhaps even reincarnation. Finely balancing its reverence for the victims and its rage against the Rouge, Devouring Buddha is an affecting experimental documentary about the spaces between what remains and what is remembered.

This review of Devouring Budda, an award-winning 16-minute short documentary, originally appeared in Take One magazine, issue 39. Northernstars.ca acquired the digital archives of the publication in 2007.