A jury of their peers unanimously voted to recognize Lee for the Rogers-DOC Luminary Award and Pahuja for the DOC Vanguard Award.

The Rogers-DOC Luminary Award, is presented to an individual whose leadership and creative spirit has made a significant contribution to the genre and benefitted the Canadian documentary community. The award is supported by the Rogers Group of Funds. 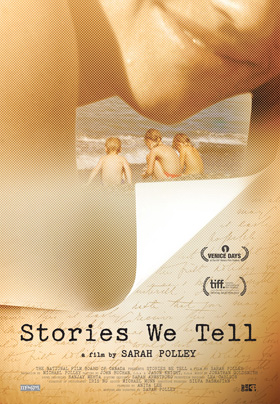 Anita Lee (pictured on the left above), epitomizes all the qualities of a Luminary Award winner. A media executive for over 25 years in the industry, she has been an innovative industry leader at every stage of her impressive career, repeatedly recognized for her programmatic and strategic vision. Lee has been lauded for her producing achievements, including one of Canada’s most critically acclaimed films, Sarah Polley’s Stories We Tell. Named Chief Programming Officer at the Toronto International Film Festival (TIFF) earlier this year, Lee was previously the Executive Producer and Studio Head of the National Film Board in Ontario, where she was a pioneer in groundbreaking digital media, established NFB Ontario’s equity strategy to centre racially diverse talent, and transformed that body into an international leader in documentary film and creative technology. Lee also founded the Reel Asian Film Festival. She has spearheaded strategic national and international partnerships in production, exhibition and in new distribution models. Accolades and awards have followed her along every step of her career.

“We had a strong group of nominees this year, but the jury felt unanimously that Anita was the frontrunner”, said James Weyman, Co-Chair of the DOC Institute. “Her contribution to the documentary industry and her support for new talent, risk-taking and creatively challenging programming throughout her career makes her a leader who embodies the spirit of the Luminary Award.”

Nisha Pahuja, this year’s winner of the Vanguard Award, becomes, with each new film, more and more of a force in Canadian documentary filmmaking. Her films have consistently tackled challenging subjects and been honoured at film festivals in Canada and internationally. Her credits include the series Diamond Road (2008 Gemini Award for Best Documentary Series), Bollywood Bound (2002 Gemini Award nominee) and the multi-award-winning The World Before Her (2012), which was nominated for an Emmy Award and won awards at the Tribeca Film Festival, Hot Docs, TIFF, the Canadian Screen Awards, The Vancouver Film Critics Association, and Sundance Film Forward Program. Her short film about the Delhi gang rape, made for Global News’ 16×9, was the recipient of an Amnesty International media award for Canadian journalism in 2015. Nisha was invited to be a Resident Fellow at the Rockefeller Foundation Bellagio Center in 2014 and was on their arts selection panel from 2016 to 2020. Her latest film, To Kill a Tiger, premiered at TIFF, 2022 where it won the Amplify Voices Award for Best Canadian Feature Film and, soon after, the Inspiring Voices and Perspectives Award at the Sudbury International Film Festival. It was recently selected as one of TIFF Canada’s Top Ten, 2022.

“Nisha Pahuja’s documentaries deal with socio- political issues through the stories of very strong protagonists”, stated Lalita Krishna, Co-Chair of the DOC Institute. “She tackles tough subjects with the tenacity, vigour and vision that is the hallmark of a true Vanguard winner.”

“I feel very honoured to receive the DOC Institute’s Vanguard Award this year,” said Nisha Pahuja. “To be recognized in this way by colleagues and peers is definitely a moment of great pride for me, especially as it follows the completion of To Kill a Tiger–which had me wondering at times if I should just raise chickens…! All of us who make documentaries know what it takes to keep going. I’m proud to belong to this community and I’m so grateful to DOC and the jury for their vote of confidence.”

This year marked a return to a live and in-person gathering, after two years of the event being virtual as a result of the COVID-19 pandemic.

The DOC Institute is a one-stop shop for non-fiction professionals to learn business skills, hone their craft, and make industry connections. Offering creative inspiration and insider advice, they are a hub for the non-fiction community. The DOC Institute is an initiative of DOC Ontario, the largest chapter of the Documentary Organization of Canada.

Click here to learn more about The Doc Institute.