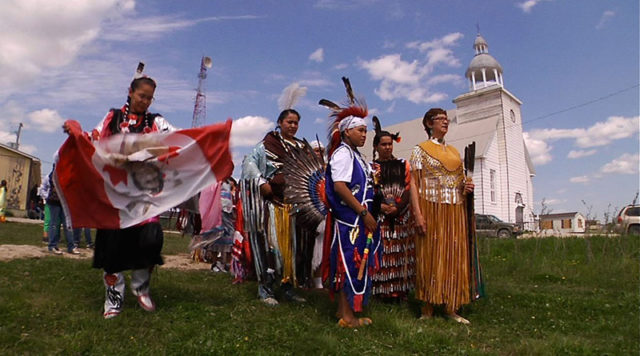 (December 11, 2017 – Toronto, ON) The DOC Institute, which is an initiative of the Toronto chapter of the Documentary Organization of Canada honoured two filmmakers last week including renowned EyeSteelFilm founder Daniel Cross and filmmaker Victoria Lean. The annual awards gala on December 7th celebrated the visionary work and growing global appetite for Canadian documentary films. This year, a jury of peers unanimously voted to recognize Daniel Cross for the Rogers-DOC Luminary Award and Victoria Lean for the DOC Vanguard Award.

At at time when the politics of borders has become increasingly perilous, Emmy-winning director/producer Daniel Cross continues to seek international stories with global storytellers, creating partnerships in Asia, Europe, and elsewhere. The co-founder of EyeSteelFilm, which was named a Realscreen “Global 100” Company, Cross is a fierce champion for independent documentary in Canada and abroad.

The Rogers-DOC Luminary Award, supported by the Rogers Group of Funds, is presented to a leader in independent Canadian documentary, who works to secure the industry for future generations of filmmakers.

“Daniel Cross is a fearless visionary in the truest sense of the words,” says Adam Shamoon, DOC Institute Director. “With projects like Up The Yangtze, Angry Inuk, and Last Train Home, he has given outspoken young Canadian filmmakers a vital international platform.”

“Luminary – that’s a powerful word, and to be recognized by my peers within the Documentary Organization of Canada is a great honor,” said Daniel Cross. “Right now, it is crucial for documentary makers, in solidarity, to be vigilant and assertive both with our films and our actions, challenging power imbalances that cause hurt and injustice.”

The DOC Vanguard Award is given to an emerging or mid-career filmmaker, whose bold storytelling sensibility and forward-thinking approach to documentary showcases a potential to innovate the form, and lead the next generation of non-fiction storytellers.

Before the Attawapiskat community came into the national spotlight in 2016, filmmaker Victoria Lean was there for five years, documenting her acclaimed film After The Last River. The film tracks the community as it moves from crisis to crisis, all while living under the shadow of De Beers’ Victor diamond mine. It’s an urgent meditation on the 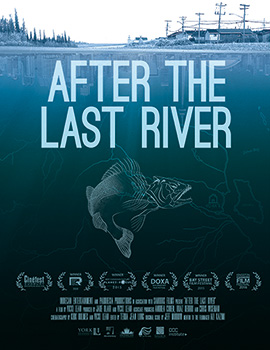 devastating environmental impact that resource extraction can wreak upon land and community. The documentary premiered in fall of 2015.  It was announced this fall that Attawapiskat’s Victor diamond mine will close its doors for good in 2019.   In addition to her own work, Lean produces Viceland’s show Nirvanna the Band the Show, and leads filmmaking workshops in Northern communities.

In response to winning the award, Lean said, “I am deeply honoured to be recognized by the DOC Institute with the 2017 Vanguard Award. I could not have made my first feature without the guidance and support of so many mentors, colleagues and friends in the documentary community and in Attawapiskat. This award will certainly be an important source of encouragement for me as I embark on future filmmaking endeavours.”


“At a time when the public is turning to documentary for compelling, journalistic stories, DOC Institute plays a vital role in ensuring the future of the genre,” says Michael McMahon, Co-Chair of DOC Toronto. “It helps young filmmakers like Victoria find sure footing and a home for their films.”

The 2017 DOC Institute’s annual gala was hosted by actor Peter Keleghan, and was held at the Gladstone Hotel in Toronto on December 7th.