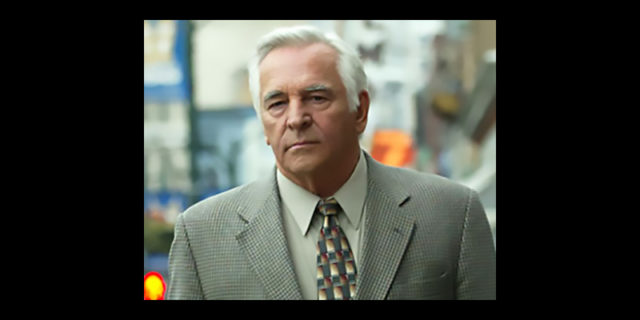 (January 9, 2018 – Toronto, ON) Born and educated in Winnipeg, Donnelly Rhodes Henry was the son of Manitoba playwright Ann Henry. His first job was a trainee warden in Manitoba’s National Park. He joined the Royal Canadian Air Force and in 1957 he joined a newly formed drama club and was quickly convinced that acting was the only career for him.

After the RCAF he accepted an offer from John Hirsch to become apprentice actor and stage manager at the Manitoba Theatre Centre. Several years later Hirsch encouraged the young actor to head east to the National Theatre School, which had just opened in Montréal. It was there he met and married Martha Buhs, who took his family name Henry as a stage name, a name she kept after their marriage failed. Following graduation, Rhodes made his professional debut on stage at Ontario’s Stratford Theatre as Stanley Kowalski in A Streetcar Named Desire, appearing in many plays with Martha Henry. He was also cast in numerous Canadian Broadcasting Corporation television dramas including an outstanding performance in Harvey Hart’s David Chapter 11. His work on stage and television brought him to the attention of Universal Pictures in Hollywood, which offered him a seven year contract.

Although he left Universal after only two years, Rhodes lived in Los Angeles from 1964 to 1970 and appeared in a stag­gering variety of roles, including the lovable ex-convict “Dutch” on the satire series Soap. In his time south of the border he appeared on nearly every hit American TV series including Laredo, Marcus Welby, Mannix, Mission Impossible, Alfred Hitchcock Presents, Wild Wild West, Magnum P.I., Tarzan, Report To Murphy and Hill Street Blues.

His feature film credits include Butch Cassidy and the Sundance Kid, Gunfight at Abilene, The Vendor, Oh Heavenly Dog and Change Of Mind. He returned to Canada in the early 1970s to appear in the disappointing The Neptune Factor (1973) with fellow Canadian Walter Pidgeon. In the small low-budget gem, The Hard Part Begins (1974), Rhodes played a country singer who travels the small-town circuit in southern Ontario with his band but dreams of Nashville. He gave a stellar performance, conveying perfectly the dreariness of life on the road with a second-rate bar band.

After leaving Los Angeles he continued to work both sides of the border joining the cast of the American soap opera The Young and the Restless for the 1974-75 season, then back to Canada for a role in the CBC crime drama Sidestreets (1976-78).

Rhodes is usually remembered for his roles as Dr. Grant Roberts on the popular series Danger Bay (1985-90), and Detective Leo Shannon in Da Vinci’s Inquest (1998-2005), for which he received a Gemini Award in 2002 for Best Performance by an Actor in a Continuing Leading Dramatic Role. Rhodes was given the prestigious Earl Grey Award for lifetime achievement by the Academy of Canadian Cinema and Television in 2006. Other roles included a recurring part in the CBC drama series Street Legal (1991-92), and in Battlestar Galactica (2004-09) as Doctor Cottle.

Donnelly Rhodes Henry was 80 when he died of cancer at the Baillie House Hospice in Maple Ridge, British Columbia.

This biography is Copyright © 2018 by Northernstars.ca and may not be reproduced without prior written approval. For more about copyright, click here.