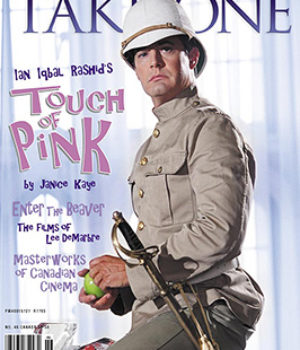 In the 1970s, no diehard cineaste would have called Ted Kotcheff’s version of Mordecai Richler’s novel a groundbreaking film. Beyond its traditional film style, however, Duddy Kravitz was one of the first Canadian features to portray a minority group, complete with inter–ethnic romance. This story about a hyperambitious young hustler’s fight to drag himself out of poverty offers a vivid, almost entirely unsentimental picture of working–class Jews in 1940s Montreal. Duddy (Richard Dreyfuss) manoeuvres to buy lakefront property he believes will give him self–respect. If he needs to hurt those closest to him, including his Québécoise girlfriend, Yvette (Micheline Lanctôt), he does so. The movie breaks with the unbearable niceness of being Canadian. Its characters arouse sympathy because of their comically flawed humanity, not because they are abstract symbols of class or nationality. At the heart of the movie is Dreyfuss`s scratching, cackling, career-making performance. “What makes it an extraordinary film,” says Lionel Chetwynd, who wrote the screen adaptation, “was the performance that Ted got out of Richard.” Kotcheff, who had never heard of Dreyfuss when he gave him the role, thinks that the key to this performance is Dreyfuss`s uncanny ability to “translate his intellectual understanding into a very visceral and emotional acting.”

Also see: The Cast & Crew of The Apprenticeship of Duddy Kravitz

This brief item originally appeared in Issue No. 46 of Take One Magazine in June 2004 and is an excerpt from an article titled Masterworks of Canadian Cinema. Northernstars.ca acquired the archives of Take One in 2007.

Portraits From a Fire

Why Rock the Boat

The Apprenticeship of Duddy Kravitz