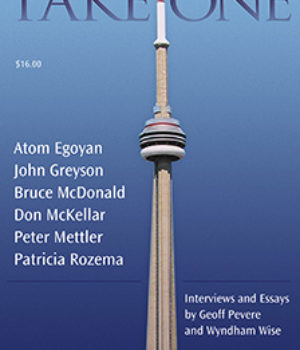 From the appearance of his very first feature, Next of Kin in 1984, Atom Egoyan has demonstrated a thematic and stylistic consistency that makes him something of an old-school auteurist’s dream. Central to this consistency are questions of identity, language, and the making of narratives; the moral, spiritual, and cultural consequences of living in a world where everything is up for synthetic reproduction; the agonizing contradiction be-tween the yearning for home as a concept and its un-attainability as a reality. In Egoyan’s films, 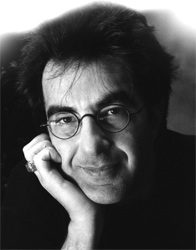 everyone seems to be looking for a place to belong, even if it means – as it often does – creating one past or destroying another in order to get it. This might be identified as the films’ defining tragic paradox. As the means to artificially simulate experience multiply, our sense of dislocation from experience intensifies proportionately, so the solution and the problem swell in mutually escalating tandem. The more we yearn for authenticity, the more we seek artifice, which is the spiritual equivalent of expecting nourishment from junk food or sexual fulfillment from pornography.

Since Next of Kin, which depicted the story of a disaffected white-bread teenager’s infiltration of an Armenian family (that looks much warmer than his own), Egoyan’s films have been populated by spiritually adrift people seeking moorings wherever, and however, they can. There’s the half-Armenian teenager in Family Viewing who engages in an Oedipal struggle for the memory of his dead mother in an electronic arena of videotape, the screenwriter waging war – against a movie producer – over the telling of personal history in Speaking Parts, and the insurance investigator who assembles narratives from shattered lives in The Adjuster. In Exotica, a grieving father attempts to erase the tragedy of his daughter’s death through an elaborate, quasi-fetishistic ritual of denial, and in The Sweet Hereafter, a lawyer’s ostensible determination to acquire justice for a community which lost most of its children in a bus crash turns out be another case of elaborately displaced denial. Felicia’s Journey deals with the tragic intersection of two characters – a fusspot serial killer and a runaway Irish girl – trapped in the shadows separating the lives they’ve imagined for themselves and the ones they live.

For all this thematic consistency, Egoyan`s films are also significant for the singularity of his technique; his oblique way of building narrative associations and momentum; his propensity for slow, deliberate and usually lateral camera movement; their fascination with contrapuntal effects such as melodramatic music set against dramatically minimal action; the deadpan 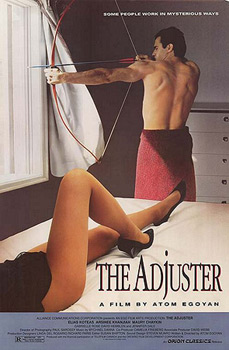 Even Egoyan’s approach to writing and directing dialogue is pretty much hors concours. His customary set-up is two people facing each other in a state of strained and constipated confrontation, apparently at a painful loss for the words that might explain feelings or ideas the speakers themselves don’t seem terribly certain of, and customarily involving the exchange of repeated sentences or fragments of sentences, like two people communicating in semaphore across a storm-tossed abyss.

If anything, there’s an abiding sense in Egoyan’s films of the difficulty of even everyday discourse, the enormous struggle which goes on just to get along, and the treacherous and terrifying sense of the utter unreliability of everything, including your sense of who and where you are. As for home, that sense of belonging so many in his films seek, well, anybody, can build one of those. All you need are the proper tools and a prayer the wind doesn’t blow too hard.

The most successful, famous and visible of his Toronto peers – and the only Oscar nominee – Atom Egoyan’s status is hardly the most obvious. If one were to hazard likely-to-succeed guesses for this group based on their work circa 1986, Egoyan wouldn’t be the one most would pick as a household name. Yet, at the moment of this writing at least, Egoyan is not just the best-known filmmaker of this group or even of his generation of Canadian filmmakers. He is arguably, with his formative influence David Cronenberg, the most famous filmmaker English Canada has ever produced. He is the filmmaker whose name is most likely to be known both outside and inside the country, where famous movie directors rank somewhere below cabinet ministers and retired hockey coaches in familiarity. He is the one who is most likely to be represented prominently at the foreign festivals – like Cannes, to which he has been invited several times – that are so instrumental in the launching of the kind of strenuously non-crowd-pleasing kind of film that Egoyan would seem almost genetically predisposed to make.

So complete is Hollywood’s domination of Canadian screens – and thus the Canadian imagination – Canadian movies are, at best, foreign movies in their own country, domestic exotica. Like Michael Snow and David Cronenberg before him, and like Winnipeg’s Guy Maddin to a lesser simultaneous extent, Egoyan’s domestic reputation only followed the development of a secure foreign one, thus observing a common rite of Canadian cultural passage.

This is a small-c conservative, practically minded country that regards art and culture with frowning suspicion if not downright hostility. While there are circumstances that offer varying degrees of explanation for Egoyan’s conspicuous, in Canadian terms, notoriety – the foreign-festival factor, for instance, or the historical circumstances of being present at a time when a provincial government funding agency existed that actually sought out challenging, auteur-driven films to support, not to mention the director’s own media friendliness – the key may lie in this very sense of the homegrown strangeness his films evoke. The very thing, that is, that makes them at once strange in their own country and at home in others. Certainly his films have consistently suggested this sense of psychic and spiritual dislocation, and they are often about people struggling to merely make sense of what’s passing for reality before them, while it seems to be passing them by. If life is a train, as Jean-Luc Godard has suggested, Egoyan’s characters are people stuck on the platform. They’ve lost their passports, and they aren’t sure where they are, or even if they should be on that train that’s forever pulling away.

As an Egyptian-born Armenian brought up in Victoria, British Columbia, it’s quite likely Egoyan often felt slightly at odds with his surroundings. Whether he did or not in real life is, however, immaterial. In his art, people have collided against their external realities like driftwood bumping against a pier. So central has this sense of fundamental estrangement been to Egoyan’s films that the principle recurring dramatic struggle involves the devising of new and alternate ‘realities’ to either replace or im-prove upon the defective old ones. Thus the persistent fascination with media, narrative, history, and perspective the films demonstrate. In the reality-once-removed pathology of his films, these are not so much means of recording as tools of construction. They allow those divorced from reality to make their own, if with often predictably disastrous results.

The ‘strangeness’ of Egoyan’s films – both as a condition experienced by his characters and an effect experienced by his viewers – would seem to be honestly born. Even if one discounts the fact of Egoyan’s own sense of likely personal displacement as an Armenian-Egyptian growing up in Victoria, there is also the filmmaker’s displacement from the medium itself. A self-taught director who initially turned to filmmaking out of frustration at being an un-produced student playwright, Egoyan’s on-the-spot learning process only seems to have enhanced his intellectual preoccupation with the problems of narrative, storytelling, identity, and, culminating in Ararat, history itself.

Throughout his films there is not only a frequently paralyzing self-consciousness among characters uncertain of the efficacy of language and desperate to become agents in their own narrative-making (many of Egoyan’s characters are filmmakers, video-recorders, actors, censors, data-gatherers, testifying witnesses, and testimony gatherers), but an evident creative concern with the processes of narrative filmmaking itself. This would seem to account not only for the sense among many viewers that Egoyan’s films are difficult, indecipherable, and remote, but for the often obtuse narrative and cinematic structures of the films themselves. The parallel lines of narrative whose relationship to each other is often mysteriously associative rather that cumulatively linear; the alternation of image texture – between film and video – and deliberately enigmatic editing; and the frequently dissonant relationship between manifest emotional content and its dramatic delivery. All told, Egoyan`s films have fore grounded and integrated the experience of existential uncertainty – of wary, self-conscious `strangeness’ – on all levels of articulation, as theme, drama, and in terms of technique itself.

In Egoyan’s work, everything is open to question, but nothing more so than discourse itself. If the idea of a confident self is fixed by the language and the technological extensions we use to mediate it, there is no greater mystery, no more unobtainable goal, than ‘self ’ itself. It has often been noted that the primary distinguishing characteristic of the English-Canadian cinema is alienation – the state of terminal dislocation between the individual and the environment. If so, Egoyan, for all his apparent strangeness, and for his personal status as a doubly displaced immigrant, makes films as Canadian as pond hockey. Indeed, with their almost theoretical detachment and cerebral fascination with systems of meaning they could also be called as Canadian as Marshall McLuhan’s media theory or Michael Snow’s avant-garde experiments in pure cinema.

If it seems ironic that it is this very property of deliberate de-familiarity that might qualify the films as quintessentially Canadian, one need only consider that the Canadian cinema has developed in a state of rather radical alienation from its own national constituency. Historically quite literally inaccessible to Canadian audiences accustomed to the experience of Hollywood movies, Canadian cinema has developed a perfectly reasonable fascination with the idea of dislocation. Thus Canadian movies – strangely but logically, and none more deliberately and visibly than Egoyan’s – have the status of being foreign objects in their own country. Thus Egoyan, whose arguably Canadian-themed movies play better outside the country, makes films that seem ‘foreign’ right on his own turf.

Ararat, Egoyan`s eighth feature, uses the phenomenon of the Armenian diaspora and the disputed fact of a Turk-perpetrated Armenian genocide of 1915 that caused it as a framework for the most expansive articulation of Egoyan’s characteristic themes and structural tendencies so far. While it makes frequent and inescapable reference to moments, situations, and tropes from the earlier films, Ararat adds depth, scope, and immense emotional resonance to these things by anchoring them in a event as almost inconceivably immense as the Armenian genocide. An immensity, it must be added, that is rendered only more inconceivable by the fact that it is disputed. This is the struggle for the telling of history that has been conducted so many times before in Egoyan’s films, only this time on a scale that makes you wonder if all the previous struggles hadn’t been euphemistic expressions of this one, if all that sense of dislocated homelessness, all those painful attempts to preserve and create personal histories in the face of their usurpation or erasure, wasn’t Egoyan’s way of creating his films until he was ready to face this, the history of his own people, the very reasons that led this Armenian-Egyptian boy finding himself strangely out of place in Canada.

This article by Geoff Pevere and its accompanying in-depth interview were originally published in a Special Edition of Take One Magazine in 2004. Northernstars.ca acquired the archives of Take One in 2007.

The poster image for The Adjuster was scanned from an original in the Northernstars Collection.