Dude, Are You Doing this Movie or Not?:
Carl Bessai’s Most Excellent Adventure
in Making Emile with Sir Ian McKellen
By Dale Drewery

If Carl Bessai were an animal, he’d be a jackrabbit: quick, alert, accustomed to taking chances. Instead, he is a Vancouver filmmaker, which is helpful because I’ve come to his office to talk about film, specifically, about Bessai’s latest movie, Emile.

He fidgets in his chair like a man unaccustomed to sitting still, crossing and uncrossing his legs, slipping his socked feet underneath him. His untucked blue T–shirt precisely matches his eyes and the blue frames of his glasses. When our conversation turns to the loaded topic of the film’s funding, he runs his hand through his spiky blond hair. 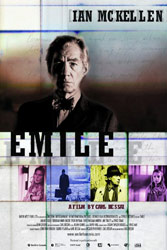 “Putting the money together for Emile was a nightmare,” Bessai recalls. “It was the hardest thing I’ve ever done.”

Emile is the final installment in a trilogy that began with Bessai’s 1999 film Johnny, about a charismatic 18–year–old who takes to the streets to lead a band of squeegee kids. His second film, Lola, which screened at the Toronto and Berlin film festivals, follows a young woman who abandons her unhappy life and sets out in search of a better one. Emile is Bessai’s most personal film yet, although on the surface it seems to have little to do with him. It’s the story of an aging British professor (Ian McKellen) who travels to Canada to receive an honorary degree and reconnect with his only living relative, his niece Nadia, played by Deborah Kara Unger. The film, which bears more than a passing resemblance to Ingmar Bergman’s art–house classic, Wild Strawberries, grew from a box of old letters 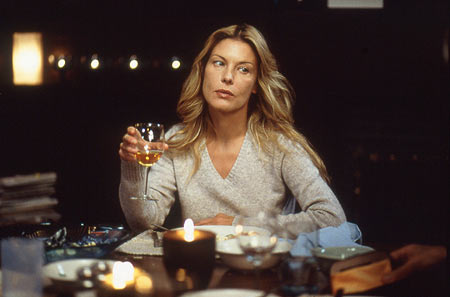 given to Bessai when he was in film school. They were written to his father, who died of brain cancer when Bessai was four. “Reading all this mail, just because I wanted to get to know him, started the wheels turning,” he says. What emerged was the tale of two lonely people yearning for a sense of family. With the screenplay finished, Bessai turned to the business of selling it.

Telefilm rejected Emile, while B.C. Film and CanWest agreed to back the film only on the condition that a major star played the lead. Bessai had already discussed his dream list, which included actors John Hurt and Richard Harris, with a U.K. production company. The man who topped everyone’s list was Sir Ian McKellen and, in the spring of 2002, they sent him a script. “That he even read it was just entirely fluky,” Bessai admits. “He did because he was moving here and it was the only script he had in this enormous pile that was from some guy who was living in the city where he was going to live while doing X–Men 2.” When McKellen called two months later to say he’d like to meet, Bessai could barely believe it. “I was terrified,” he says. “I really was. But, because I feel like I’m better live than I am on the phone or on paper, I thought if I can just get in the door then I have a fighting chance at convincing this guy.”

In a Toronto interview to mark the premiere of Emile at TIFF, McKellen admits that he had serious reservations about the part. “Although I thought it was a story worth telling,” he says, “I didn’t think that it was something I should get involved with because the character was Canadian.” Bessai asked for a week to rework the script; three months later the two were still negotiating. “We were having a great time getting to know each other,” Bessai recalls, “and it was 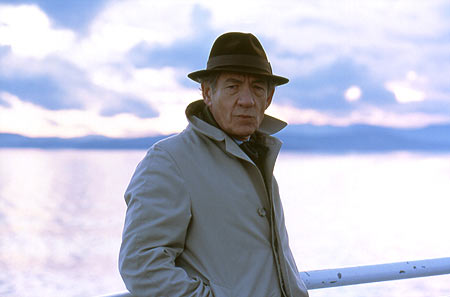 all very charming. But I was starting to get a bit fed up. So I said, ‘Look, dude, are you doing this movie with me or not? I just think that we both need to know.’ And he said, ‘Did you just call me dude?’” Bessai laughs. “But he loved this sort of Canadian informality. And he had been in Vancouver for long enough to feel that he needed to leave something behind.”

McKellen insists that his decision to commit to the film had more to do with the filmmaker. “Dude! Dude!” he says, mimicking Bessai. “Carl is a force of nature. There he was trying to make films with no money in Vancouver where he lived and no ambitions to take them anywhere else. How could you not fall in love with that?”

Bessai had him write a note on McKellen letterhead committing to Emile, and immediately faxed the letter to the funding agencies. With the star on board, B.C. Film and CanWest upped their support, and Telefilm reconsidered the project. But Bessai was running out of time. He had promised McKellen that they would be finished production before Christmas, and it was already October. Then, in what seemed like the death knell for Emile, Telefilm rejected it for the second time. “At the eleventh hour, I was out of money,” Bessai says. “I had a movie star, but no budget. And I had a lot of people that I trusted and respected telling me point blank to put this away.”

When Sir Ian McKellen offered to cut his fee in half, Carl Bessai refused at first. “It was the most embarrassing moment,” he recalls. “Here was a guy who gave, and gave again, and then gave some more.” The cut, however, meant the financing could be completed, and 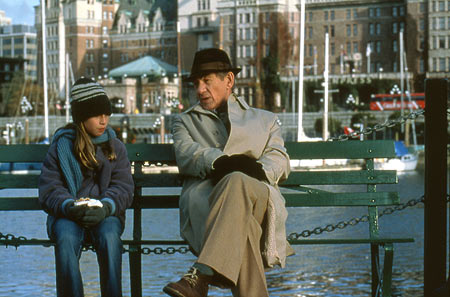 Emile would finally get underway. The film was shot in less than 20 days in and around Victoria. As promised, McKellen was finished in time to return to England for Christmas, taking Bessai with him in order to film the London scenes. “I didn’t have any money,” Bessai admits. “So, I stayed at his house, flew on his airplane and limoed in with this guy. He fed me and rented the taxi to ferry us around so that we could shoot the scenes. That’s Ian McKellen! But I can honestly say that he loved every minute of it. It was just like camping to him.”

A few times a year, Bessai puts aside the business of filmmaking to do what all jackrabbits are designed to do: run. But first he swims and bikes. Bessai has been competing in triathlons for years. It’s a gruelling sport that requires an athlete to excel at more than one thing, something Bessai is already famous for in the world of filmmaking, having written, directed, produced, executive produced and acted as cinematographer on all three of his features. “Carl likes to do everything,” McKellen jokes. “He’d really like to play every character in his movies. Perhaps he should, one day, just go and make his movies all by himself.”

“I’m probably a control freak,” Bessai admits. “No, I am a control freak,” he says, laughing. “I’m pretty hard to deal with.” You’d probably not get much argument on that from the distributor who suggested Bessai make Emile more commercial by dropping the last couple of scenes. “It’s like, ‘don’t change my painting. Get your brushes, put them away, and get the fuck out of the studio,’” Bessai says, irritated at the memory. “I know I’m sounding like Mr. Confrontation, but that’s just not done.”

Bessai is proud of Emile, but he recognizes that his future as a filmmaker rests on producing more than intimate, art–house films. He has already started work on a horror movie, determined to stay one hop ahead. “I’m confident I’ll work again,” he says, “because I’m fast enough to get the next thing up and running before the final word is out on my last thing. The chance of Emile releasing and tanking is pretty slim. Do I worry about it though? Damn right I do.”

This article originally appeared in Take One magazine, Issue 44 in December 2003. Northernstars.ca acquired the archives of Take One in 2007. When this article was first published, Dale Drewery was a Vancouver-based journalist and television producer.