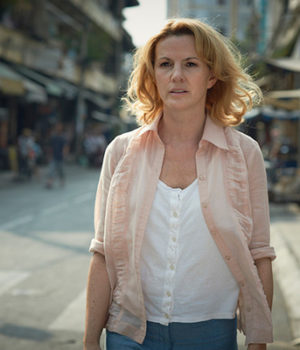 (January 12, 2016 – Toronto, ON) Toronto seems awash in film festivals. Large and small there are more film festivals in Toronto than any other city in Canada. One of the most interesting is the European Union Film Festival. Founded in 2004, the festival “strives to reflect the excellence, innovation, and diversity of European cinema in Toronto, the world’s most multicultural city,” as they said in a recent media release. Even better, they’re giving Toronto’s European film buffs a chance to see four of their festival selections for free later this month at the Royal Cinema, 608 College Street.

The first film on this special schedule will screen on Friday, January 22nd. It’s Károly Ujj-Mészáros’ Liza, The Fox Fairy (HUNGARY). This charming comedy is about an unlucky in love thirty-something who believes she’s becoming a Japanese mythical creature. This will be followed by Stephen Bradley’s multi-award-winning inspirational drama, Noble (IRELAND). Deirdre O’Kane (pictured) stars as Christina Noble. The film 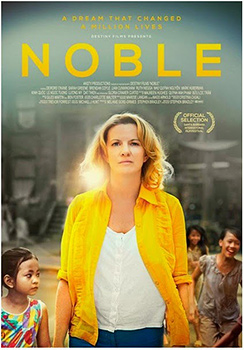 is set in Vietnam in 1989, fourteen years after the end of the war. Christina Noble flies into Ho Chi Minh City (formerly Saigon), a country “that she wouldn’t be able to show you on a map”. With a few dollars, her own hard-won courage, she is about embark on a life calling. The film explores her tough upbringing in Dublin and her early adult life in the UK. This is the inspirational true story of a woman who believes that it only takes one person to make a difference.

The next day, Saturday, January 23rd, Robert Thalheim’s Parents (GERMANY) is first on the agenda. This is a brutally honest and humorous portrait of a contemporary family. It wil be followed by the 2015 EUFF Audience Choice, Admiral, directed by Roel Reiné (THE NETHERLANDS). A passionate epic filled with spectacular battle scenes, this film tells the story of one of the Netherlands’ most famous naval heroes: Michiel de Ruyter.

Like all EUFF regular screenings, these four films will be shown for free, with seats available on a first come first served basis. A number of advance reservations will be available for $10, online only.

That Never Happened on CBC documentary