(July 25, 2016 – Vancouver, BC) On July 20 under a crystalline summer sky with seagulls shrilling overhead, the Air Canada enRoute Film Festival launched a sampling of the 2016 winners at Robson Square in downtown Vancouver. The steps of the Vancouver Art Gallery leading down into the square were filled with an eclectic mix of movie lovers and curious urbanites that dropped their bikes and plopped down on cushions provided by Air Canada. From the skating rink behind the inflatable outdoor screen, breakdancers practiced their moves.

Perched among the summer crowd, munching on complimentary popcorn provided for the event, I was charmed by the soulful melodies of sister songstresses Twin Bandits as they opened the evening.

What began as a student film festival has grown into a robust collection of cinematic short works, with 300 submissions by emerging filmmakers in competition this year. The jury was led by 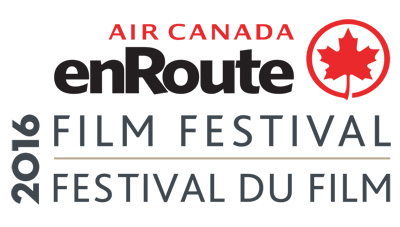 These films will be part of Air Canada’s in flight entertainment and will be available both in the skies and online beginning August 1.

The 2016 selection of works from across Canada ranged from the adolescent awkwardness of French kiss at the Sugar Shack, directed by Emmanuelle Lacombe to the inspiring Breath of Life, Fiona Cleary’s documentary detailing the struggle and eventual triumph of organ donation spokesperson Hélène Campbell. Nothing Grows Here from Montrealer Lauren Belanger follows young Rachel as she realizes she no longer has a heartbeat. Through her friendship with her homework partner, she realizes making art is the key to bringing herself back to life.

Tsilhqot’in nation filmmaker Trevor Mack’s Clouds of Autumn effortlessly blends exquisite cinematography and minimal dialogue. The intimate bond between a First Nations brother and sister is shattered when she goes away to a residential 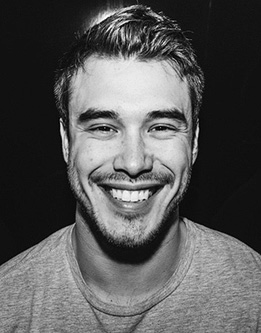 school. Set in the 1970’s, it’s a haunting depiction of the harsh reality so many families once faced. At the mid point of the film, I realized I was holding my breath, wishing for a happier outcome but knowing it wasn’t coming. It’s a masterful film from an engaging young filmmaker.

Feathers, a collective effort by Hands on Deck is a stop motion animation piece about a young girl literally sprouting inconvenient wings and grappling with being different. Her mother, desperate to help her little girl belong takes her to a menacing doctor who wields shock therapy treatment. The aggressive scenario is too much for them and they flee home. It’s a gentle and warm story, made even more accessible by the whimsy of stop motion animation.

Other winners include Robeth by Kevin T. Landry, detailing the life of Beth, a starving robot barista living with her cat and Roadside Deadguys, a dark comedy about the inanity of life after death by Christopher Lorenz. For the full list of winners, check the enRoute page.

Prior to the outdoor screening, Éric Lauzon, Manager of Multimedia Entertainment at Air Canada helped announce the winners at a swish cocktail reception at the Chali-Rosso Gallery “This has become a prominent showcase for indie film talent,” he said. “We’re proud of how far we’ve come in 10 years.”

After the launch in Vancouver, a celebration will be held in Halifax tomorrow, July 26, at 6 pm at the Central Library.